The LuEsthert Mertz LibraryArt Gallery of the New York Botanical Garden features a rare display of Frida Kahlo’s original paintings and works on paper. Although the late Mexican artist has been referred to as the “mother of the selfie,” 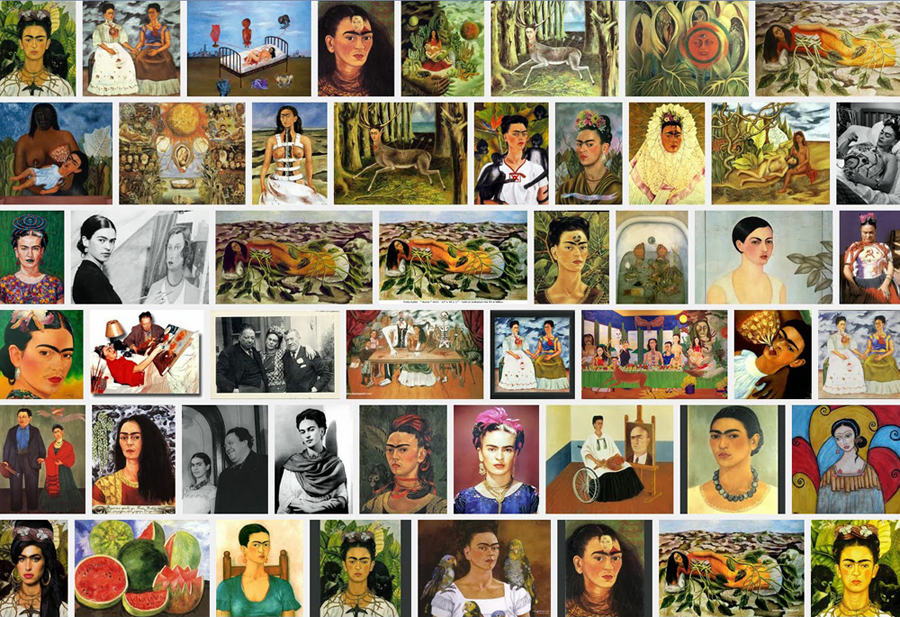 only a handful of her celebrated self-portraits are on display in this “blockbuster” exhibition. 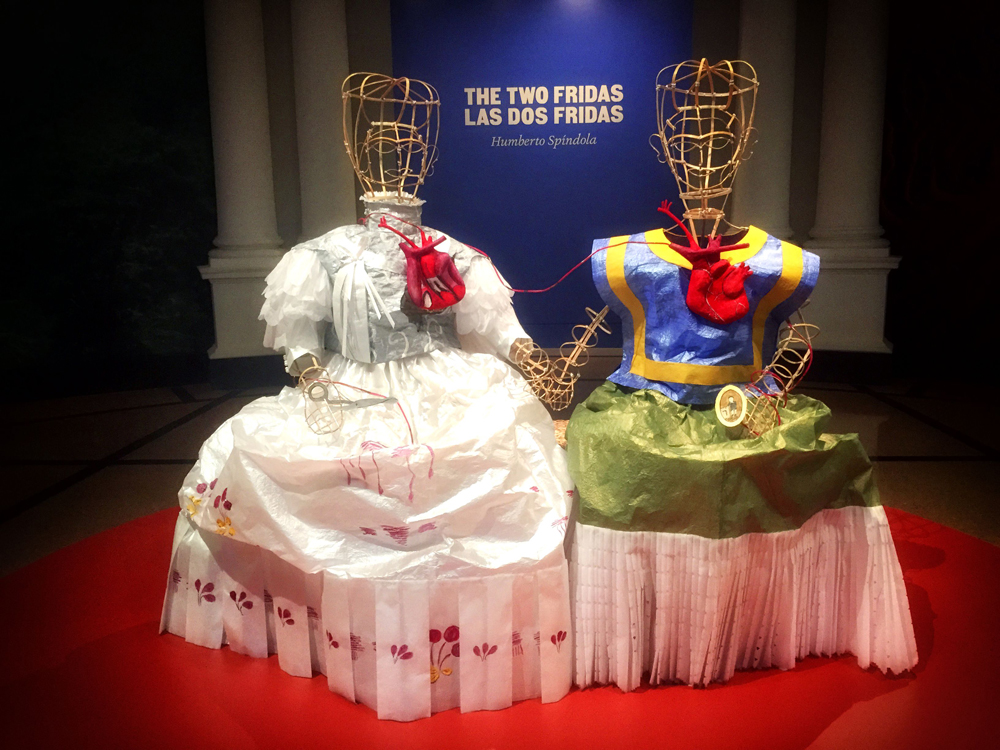 The painting was completed while she was divorcing Diego Rivera, another internationally known Mexican artist. It depicts the Frida rejected by him and the one that he still loved. In her dairy, she wrote about this painting and said it is originated from her memory of an imaginary childhood friend. Later she admitted it expressed her desperation and loneliness with the separation from Diego.

In the Conservatory you can stroll through a “replica” of the iconic artist’s famed garden and studio at the Casa Azul, her lifelong home in Mexico City, known today as the Museo Frida Kahlo. 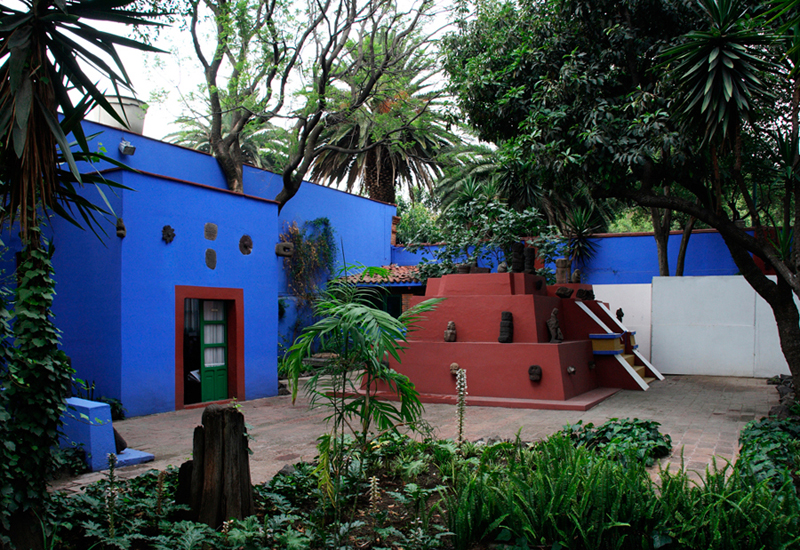 You might not find the artifacts on display in the house where she was born, lived for 25 years with Rivera, and died at age 47.

You might not see her collection of folk art, her domestic objects, her two bedrooms (day and night) with the mirrors that allowed the artist to draw her self-portraits, or Diego’s personal bedroom. Yes, they did sleep separately.

But passing through the blue courtyard walls and strolling along lava rock paths lined with flowers – roses, sunflowers, palms, numerous succulents and cacti, and many other varieties – you will get a sense of the colors and textures that inspired Kahlo’s art. 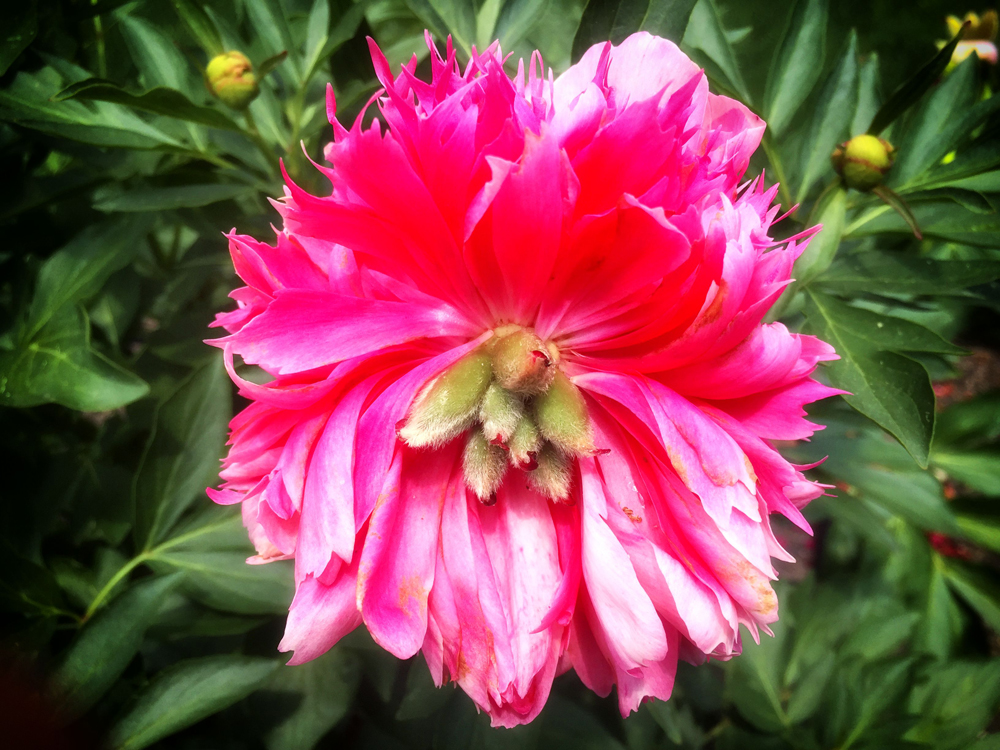 Frida Kahlo’s Garden is “a one-of-a-kind exhibition that will provide an in-depth look at Kahlo’s work and artistic environment and also celebrate the energy and sophistication of Mexican culture,” wrote Gregory Long, the president and chief executive officer of the NYBG in a press release.

Also replicated at the Botanical Garden are a section of the wall inscribed with the dates of the couple’s marriage: 1929-54 … 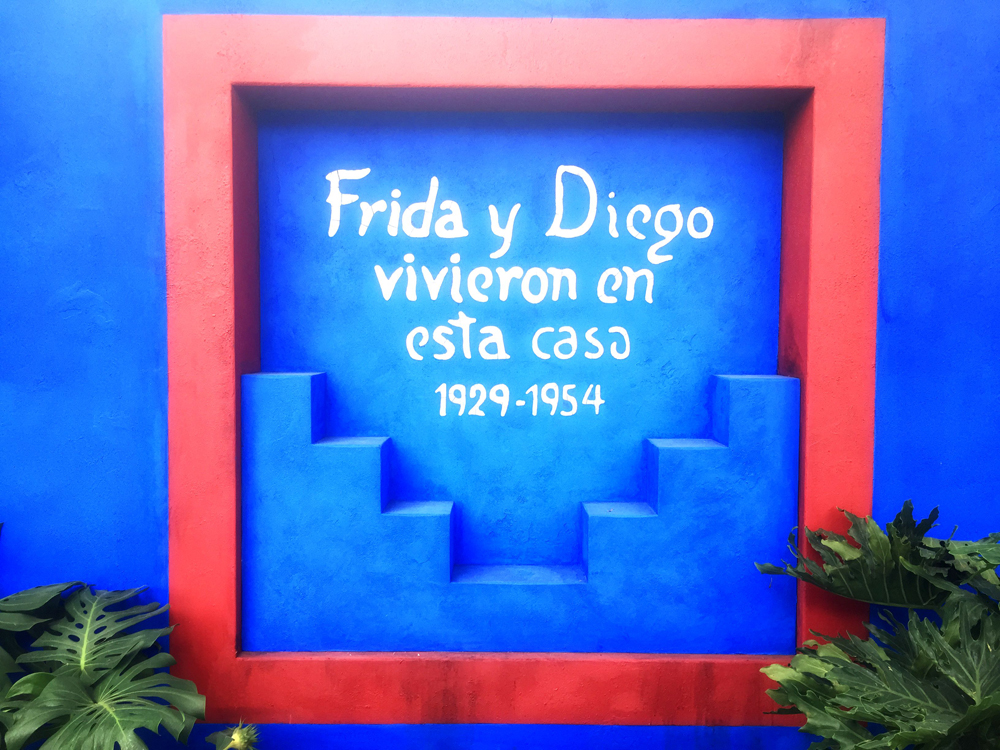 … and the stepped pyramid designed and built by Rivera in the 1940s when he first moved into the house and reproduced for the show by well-known stage designer Scott Pask. 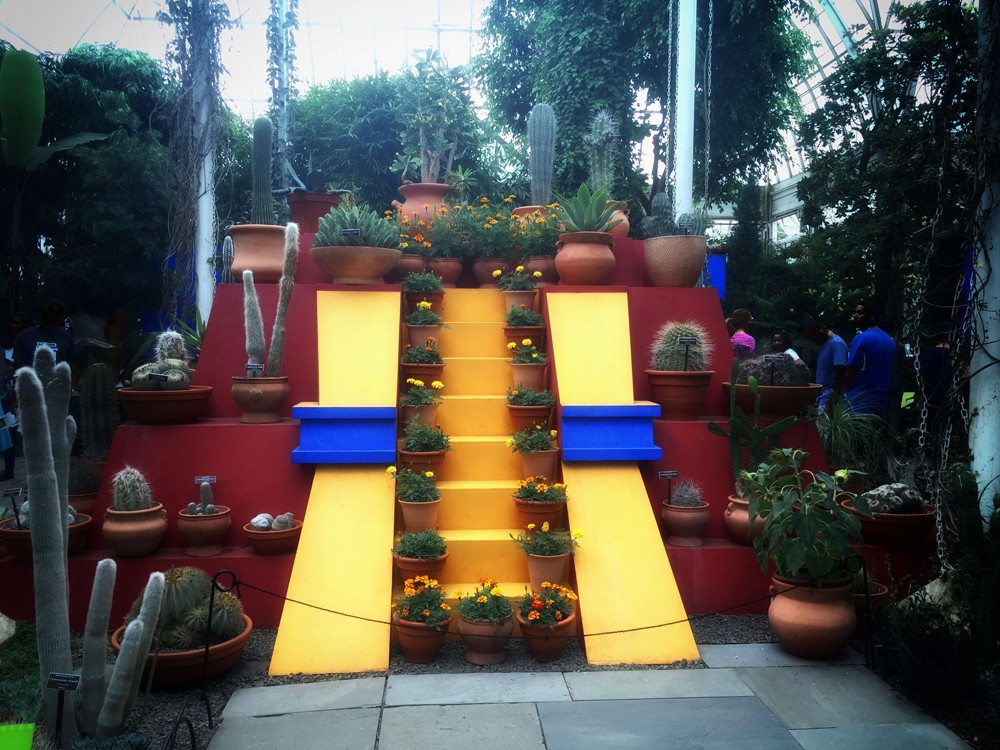