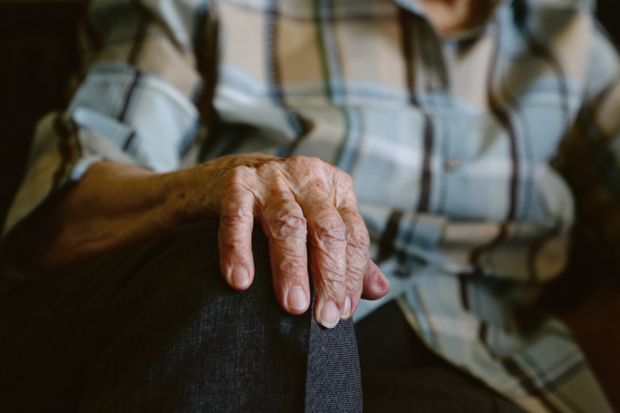 Berlin is suffering from an ageing population, a shortage of trained old-age carers and nurses, and Russian criminals more than happy to take advantage. Start-ups and refugees to the rescue?

In April last year, 100 police officers raided some 30 nursing homes in Berlin and Brandenburg, connected to a company providing carers to disabled people and the elderly. Police arrested the manager on suspicion of embezzling around €1 million; seven employees of the organisation and 31 patients were also placed under suspicion.

The company had been carrying out a healthcare billing scam, claiming insurance payments for services that were never rendered and splitting the money between the company, the carer and the patients. A police report was leaked to the press linking the scam to Russian organised crime groups and suggesting other scams were taking place nationwide.

A clear narrative seemed to be emerging: Germany, faced with an ageing population and a lack of qualified nurses, had brought in immigrant labour from eastern Europe to fill the gap and in doing so had inadvertently opened the door to the “Russian mafia”. The outraged German Foundation for Patient Protection (DSP) demanded extensive measures, including specialised police units to monitor care provision, digital record-keeping and websites to anonymously report wrongdoing. These came into force nationwide last month.

The real scandal right now is that we need to find half a million qualified nurses by 2030.

But sensationalist stories of mafia scams mask a much bigger problem. “The real scandal in Germany right now,” explains Olaf Bentlage of the national Association for Private Social Care Providers (BPA), “is that we need to find half a million qualified nurses by 2030. That’s what we should be talking about.”

The German Federal Statistic Office reports that over 20 percent of the German population is age 65 or older; that’s expected to rise to 30 percent in the next 40 years. Of these, 2.9 million require some form of care; by 2030 it’s predicted to be four million. Based on the number of people in need of care and the number of qualified carers in Germany at the moment, it’s estimated that there’s already a shortfall of 40,000 workers. Experts have also warned that the profession is dominated by casual part-timers; the number of part-time staffers in the care sector has tripled to 424,000 over the last 20 years, while only 261,000 workers are full-time employees. As Bentlage puts it, “The need for carers is about to explode.”

It’s already leading to scandals – in addition to the Russian mafia ordeal last year, private old-age homes are often pointed a finger at, like the ultra-exclusive, €5000-a-month Tertianum in Charlottenburg that made the headlines in January for allegations of poor hygiene. The problems were blamed on overstretched staff; the Berliner Zeitung reported four staff members quitting in four days due to being overworked. Exemplifying the fact that, without enough qualified nurses, it’s impossible to maintain standards.

Hard work for the worst wage

Nurses in Germany don’t need a degree, but are required to sit an official state exam. Unlike most countries, Germany splits its nursing students into three specialist categories: paediatric, adult and old age care. All are hard work – a recent study by ZDF found that nearly one in five nurses consider leaving the profession because of their excessive hours. But caring for the elderly pays the least of all, an average of 12 percent less than for an adult nurse (€2200 a month for a full-time contract, compared to €2500). A lack of unionisation could be part of the problem; according to a study by Gesundheitsberater Berlin last year, “Trade unions have not been able to organise enough nurses in order to bargain for better wages.” As a result, only 30 percent of new nurses choose the old-age care speciality.

Dr. Hagen Tuschke works for Vivantes, Germany’s largest public-owned hospital group, encompassing nursing homes, senior citizens’ homes, clinics and hospices. Vivantes also runs one of the largest nursing schools in Europe – but, Tuschke says, it is struggling to fill classes. Tuschke blames Germany’s economic success for that: “When the economy’s not going so well, when unemployment is high, that actually makes it easier for us – students who would otherwise go into higher paid careers enter nursing,” he explains matter-of-factly. “But as soon as students have another choice – and right now, the youth unemployment rate in Germany is one of the lowest in the world – they choose something else. And at smaller, more elite places like the Charité hospital school, students tend to use their nursing degree as a launchpad to get into medicine; so they have really good students but can’t retain them as staff.”

Tuschke believes centralising the training would be a way to bring wages into line, as well as increasing the value of a nursing qualification. “At Vivantes we already train paediatric, adult and old age care nursing under the same umbrella. The Bundestag has been trying to make this happen across the board, but it’s been stalled by the CDU and CSU.” Bentlage and his colleagues at the BPA have taken the conservatives’ side, warning that centralisation will only mean fewer nurses who are specially trained in caring for the elderly. But Tuschke believes their motives are more cynical. “Some associations are scared it will bring wages up, which will bring up the cost of their labour.” The resulting stalemate has prevented any comprehensive reforms.

In this climate, it’s clear that innovative responses are urgently needed. And Berliners have taken it into their own hands to make up for the lack of qualified carers with some creative solutions.

First up: the gig economy. The start-up Careship, run by young siblings Antonia and Nikolaus Albert, uses an app to match old people with individual carers, who sign up to help with everything from cleaning and getting dressed to accompanying their charges to art exhibits. Some are trained nurses, but the majority are what Albert refers to as “everyday helpers”, vetted via a five-step interview process with the company. Careship provides free consultation to its users, helping find out how to use their insurance benefits to pay for their service. This then provides funding to pay the carers, who are able to set their own rates starting at €15 per hour (with the company taking a 15-20 percent cut). Like the new wave of housecleaning and food delivery start-ups, Careship hires its employees as freelance contractors, and (somewhat ironically) doesn’t provide them with health or social insurance benefits. Good news for creative types with a nurturing streak who want a flexible side job, but filling the nursing gap with the Berlin“precariat” class is hardly likely to improve the situation of poorly paid care workers.

Bentlage, who hadn’t heard of the app, seems unimpressed. “I’d like to know – are these people properly qualified, do they know their job properly? I’m not sure this gets us any closer to filling the gap.”

But other groups in Berlin are working on a solution that Bentlage wholly approves of: training refugees as carers. SpraBo, a flagship collaboration between Charité and Vivantes, combines an intensive German course with the foundational skills required to train as a nurse. “Charité came up with the idea back in September 2015, when we were running medical stations at refugee camps in Berlin,” explains Christina Polzin, one of the teachers. “We made contact with refugees who already had training in nursing, or an interest in learning about it. We realised that if we ran a course teaching the specialised language that you need to work with medicine, we could combine it with showing students how healthcare works here.”

In addition, Tuschke points out that being enrolled in the course increases trainees’ chances of being able to stay in Germany if they haven’t yet received asylum: “Officially, it makes no difference, but in our experience they’re less likely to face deportation if they’re in a course like this.”

The course opened on December 8 and has 19 students from the Middle East and Africa, three with some training in nursing or midwifery, the rest with no experience. Nine are taught at Charité by Polzin, the other 10 at Vivantes by Tuschke; all come together for their German classes. Funding comes partly from IQ Landesnetzwerk Berlin (a department of the Berlin Senate for Integration and Migration) and partly from the Federal Ministry of Labour and Social Affairs (BMAS) under the “Integration through Qualification” program. Their funding runs until the end of 2018, enough time for them to run four six-month courses, for a total of around 80 students.

“Initially we’d hoped to be able to run smaller classes, and more of them, for more intensive learning,” says Tuschke, who admits he’s disappointed that they haven’t been given more funding to work with. But both Tuschke and Polzin are hugely enthusiastic about the project, which they’re certain has potential as a language and integration course as well as a foundation for nurse training. As the course progresses, the students are given more and more time working practically in a hospital ward. But, Polzin warns, “It’s important to realise this course is not a full training. This is career orientation; something to inspire them to train as nurses, and to increase their chances of getting funding for a full education.”

So could this be the miracle cure that Germany needs to heal its chronic lack of nurses and carers? Tuschke doesn’t think so. He’s insistent that we still need reforms to make nursing more attractive and better respected as a career. “The fact is, there’s no difference between attracting refugees into nursing and attracting Germans,” he says. “Refugees aren’t here to do our demanding work. We need better conditions and better pay for everyone if we want more nurses.”