We asked academics and experts about the ride of German populism and what to do about it. Neo-liberal guilt Bernd Stegemann is a dramaturg at the Berliner Ensemble theatre and the author of the 2017 book-length political essay The Ghost of Populism.

Condemning the populist right is just fighting the symptoms. 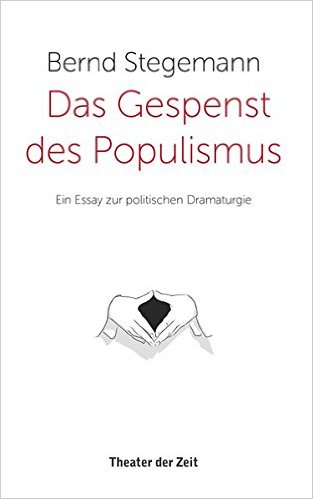 Right-wing populists are filling the empty space that was created by liberalism. This is embodied by Angela Merkel, who says: “I know what the markets demand, therefore my decision has no alternative.” Instead of claiming to speak for the people, she claims to speak for a democracy which submits to the laws of the market. The bank bailout of 2008 was a climactic event. It was considered absolutely necessary to spend enormous amounts of money on saving banks, while social concerns were put aside as “too expensive”. None of this was decided democratically. What this shows is that the very reasonable intention of trying to protect our democracy through a liberal system has been exploited by various technocratic governments, like Merkel’s and the EU’s, who have turned it into something which more and more people think of as undemocratic. This led to the birth of right-wing populists, who rightfully point to an objective lack of democratic control in political institutions. They’re filling the gap. While the solution they offer is surely the wrong one, they’re at least conscious of the problem: that more and more people are feeling left behind and overwhelmed by the economic system. For these people, liberalism always has this one answer: work harder! Educate yourself! You’re responsible for your own well-being! By ignoring the problem we opened up the possibility for right-wing agitation. Therefore, liberal society should not focus all its strength on condemning the populist right; that’s just fighting the symptoms. The first step would be to acknowledge our completely skewed understanding of freedom. Fear of Globalisation For their “Eupinions” study, the Bertelsmann Stiftung interviewed people from all 28 EU countries on the effects of globalisation and whether they supported right-wing populist parties. Isabell Hoffmann, one of the study’s authors, discussed its results and possible explanations.

Seventy-eight percent of AfD voters see globalisation as a danger.

In our study, we observed a fundamental split running through Europe pertaining to the effects of globalisation. A little more than half of respondents (55 percent) see globalisation as an opportunity, while the rest sees it as a danger. When it comes to right-wing populist parties results are unequivocal – with 78 percent of the AfD’s voters and 76 percent of Front National’s, populist voters are more prone to fear of globalisation than any other parties. Why? In a way, it works like a movie screen, where lots of people are able to project their issues on one particular term. When you don’t know what’s going on, when you fear that you will be worse off in the near future than you are today, then “globalisation” is a pretty good screen to project your fear on. For many years, the public only seemed to perceive the positive aspects, but since the financial crisis of 2008, it’s had negative associations: the replacement of humans by technology, the delocalisation of industry and immigration, all linked to the fear of losing social status. What’s interesting is that with this kind of Angst, it’s not so much the reality that has already hit you, but a reality that your fear might come true. It’s not only parties on the right that profit from this fear: in Germany, 54 percent of Die Linke voters also fear globalisation. The difference is that with the right-wing parties, there’s not a very strong sense of a binding ideology. If a political impulse goes down well with the public, they basically repeat it. Instead of looking at processes like globalisation critically, trying to solve problems with actual responses, parties like the AfD push emotional buttons and serve the lowest instincts: the recourse to nationalism, the exclusion of others and so on. It seems like this mechanism works well across cultural and social boundaries. 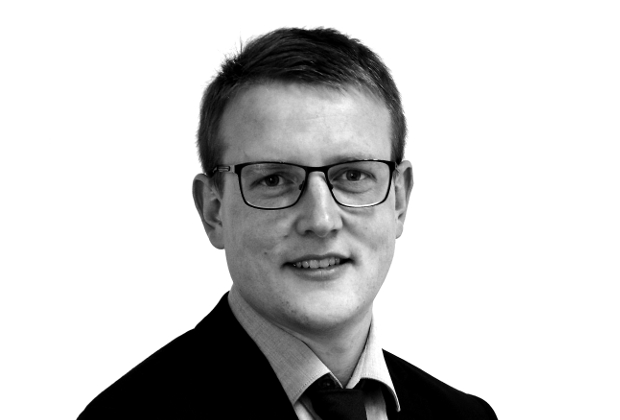 Creeping Violence Jena-based political scientist Matthias Quent believes you shouldn’t get confused by appearances: the AfD is drifting further right, and their electoral success could push the real neo-Nazis to become more violent.

They make outrageous statements and then they say, ‘Oh, we didn’t mean it that way.’ This is a learned strategy.

One reason for Germany’s relative immunity to strong radical-right parties was of course our history, which meant that any party that lacked a clear anti-Nazi position wouldn’t be able to gain much support. But that’s changing with the extreme right wing scene linked to AfD politician Björn Höcke. In contrast to large parts of the neo-Nazi NPD, he presents himself as a civil, middle-class person, but the differences in politics are not that big – take his comments about how Hitler wasn’t as bad as he is portrayed. But this is part of the tactics of the populist discourse. They make outrageous statements and then they say, “Oh, we didn’t mean it that way.” This is a learned strategy, applied over Europe, through which they intend to normalise extreme-right positions. The AfD is drifting further towards the far-right. I think that the main difference between Höcke and Frauke Petry is not political but strategic: Petry wants to form a coalition; Höcke wants to form a social movement. She clearly stated that they aim to enter the German government in the elections after next. Höcke and his bunch think they can have more political influence on the streets, and this strategy was vindicated by Merkel’s refugee policy U-turn. Of course the CDU never was an immigration-friendly party, and politicians like the CSU’s Horst Seehofer are basically saying the same thing as the AfD. But the party exerted huge pressure. And the risk is that, as Marine le Pen once said, when mainstream politicians start mimicking their political rhetoric, “people will prefer the original to the copycats”… And it’s more about rhetoric. They actually don’t have a coherent programme. In a leaked AfD strategy paper, it was agreed they wouldn’t talk about social issues because their opinions diverged too strongly. But we know from polls that voters don’t choose AfD for their programme, but because they are unlike the other parties. The AfD was able to claim that they’re the only party actually addressing the migration crisis coherently and responsibly; that’s what made them so popular. At this point, their popularity is greater than what their structure can handle. Look at the people that got jobs in the Saxony-Anhalt parliament… it’s really ridiculous. They’re incompetent! As for its leadership, I don’t see anyone strong or charismatic enough to bring the different wings together at this point. But in the context of global immigration, terrorism and crisis of the neo-liberal model, all factors that feed populist movements, I’m not optimistic that the AfD will go away by itself. I also see the danger that far-right activists like the NPD will be driven to even more violence. They have no parliamentary future in competition with the AfD, and so they may seek to reach their goals through more violent means – like we saw in Saxony with the terrorist group Bürgerwehr Freital. Right-wing violence, especially in the context of the migration crisis, is a huge problem.