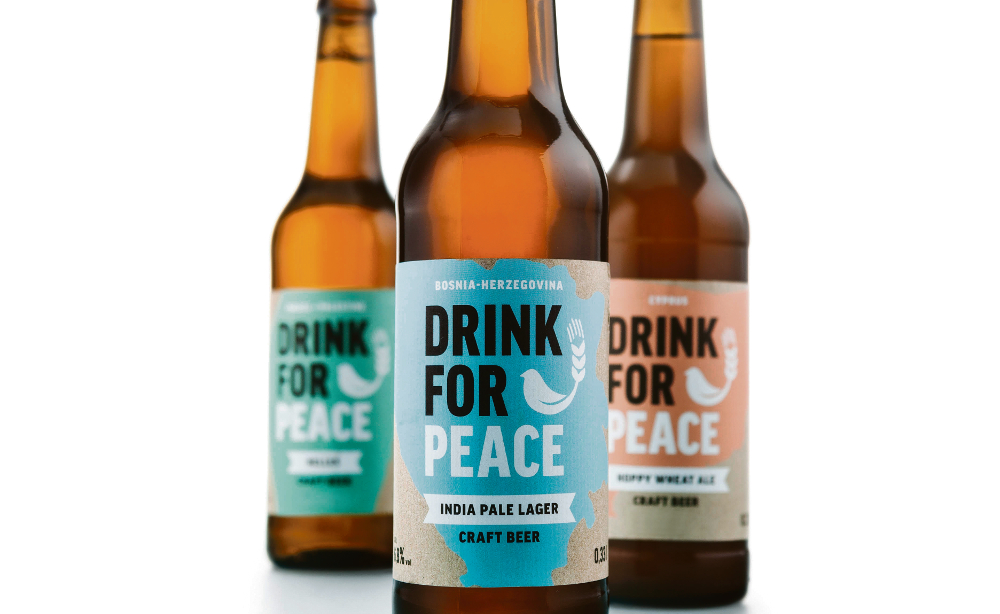 Can’t shake that nagging voice reminding you that the money you spend on beer could be better used on something more beneficial to humanity? Drink for Peace offers to resolve your inner conflict – while also addressing global ones. Berlin-born FU economics graduates Samir Kadunic and Martin Duchowski are the entrepreneurial minds behind the idea of using global conflict as a USP (unique selling point) to sell craft beer. In a city overflowing with bleeding-heart lefties whose love for peace is only matched by their craving for booze, it was a clever move indeed. After a successful crowd-funding round in 2016, their start up grew into a full-fledged do-gooding business to benefit three embattled regions: first Bosnia-Herzegovina, then Cyprus and Palestine/Israel. Drink for Peace’s recipes are developed in collaboration with local brewers from the aforementioned countries, and each time you buy any of the three beers, some money is donated to local pro-peace projects. The website claims that “50 percent of all profit” are given to charity – which is a little misleading as the company isn’t actually profitable yet. For now it’s only 10 cents per bottle, which, Kadunic acknowledges, has so far added up to “a low four-digit figure”. But hey, there’s nothing wrong with a little embellishment to help kick-start a well-meaning business, right? So, with ingredients listed as “Water, Yeast, Malt, Tolerance”, how does this virtuous beer taste compared to the regular, sinful stuff? We aren’t fans of over-flavoured Cyprus; its citrus scent somewhat overpowers the blend. The Israel- Palestine is much more palatable – a light, bottom-fermented Helles lager with distinctly honeyed notes. Best-seller Bosnia-Herzegovina, an India pale lager, is full of character, dividing our office with its contrast between the sweet, tropical-fruit smell and surprisingly bitter taste. And the 33cl beers don’t come cheap: a pack of six can be ordered online for €19.90 (incl. delivery) while individual bottles are available in Spätis across town for a hefty €2.50. But hey, global peace and a clean conscience are priceless!