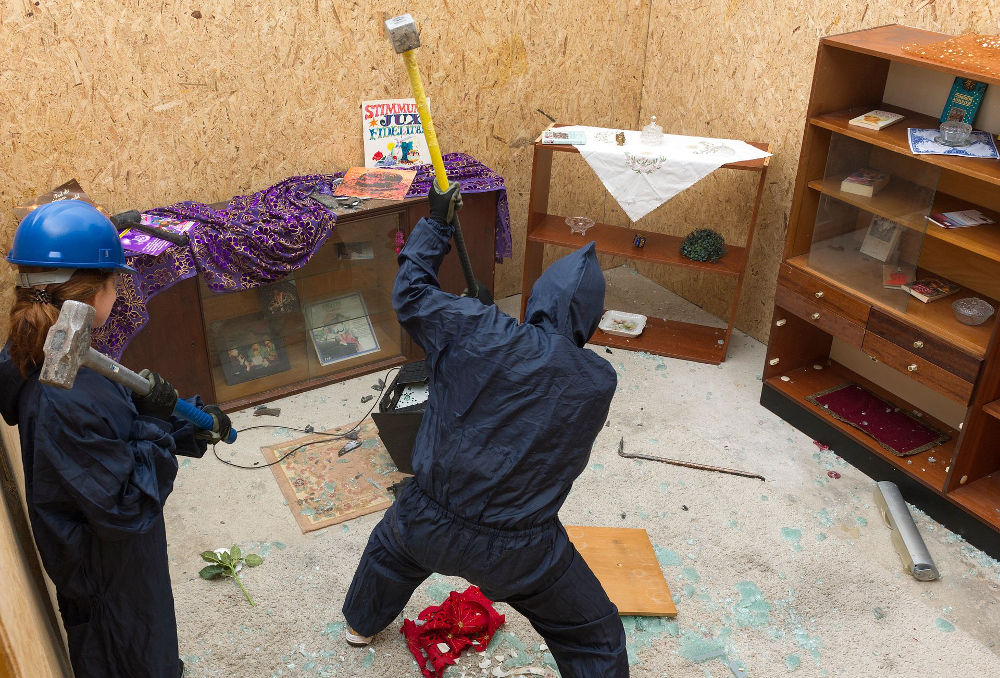 Need to blow off some steam post-shopping? A visit to an anger room might be your best bet. They’re all the rage these days, and the basic concept is simple enough: instead of flexing your braincells in an escape room, you get to cathartically break things. Berlin currently boasts two fire-and-fury companies: Crash Room and Adrenalin City’s Rage Room. The latter is more catered towards stag dos (five people max., from €190) and gives the option to upgrade with a stripper (Exberliner is planning to investigate further), whereas Crash Room (three people max., from €169), situated a stone’s throw away from Ostkreuz, has a much less icky feel to it. The owner, Christian Block, maintains that Crash Room is the only ultimate-destruction room in Germany, because you can smash everything in it, as opposed to a few items you have already pre-selected. Once you’ve donned your protective gear and chosen from the arsenal presented to you, ranging from sledgehammer to crowbar via the trusty pickaxe, you have one hour to go to town consequence-free on old television sets, dishes and enough wooden furniture to make an IKEA enthusiast faint. Still, an extortionate price for smashing objects that you have no emotional connection to. To get your value for money, be sure to bring your ex’ favourite tea set.