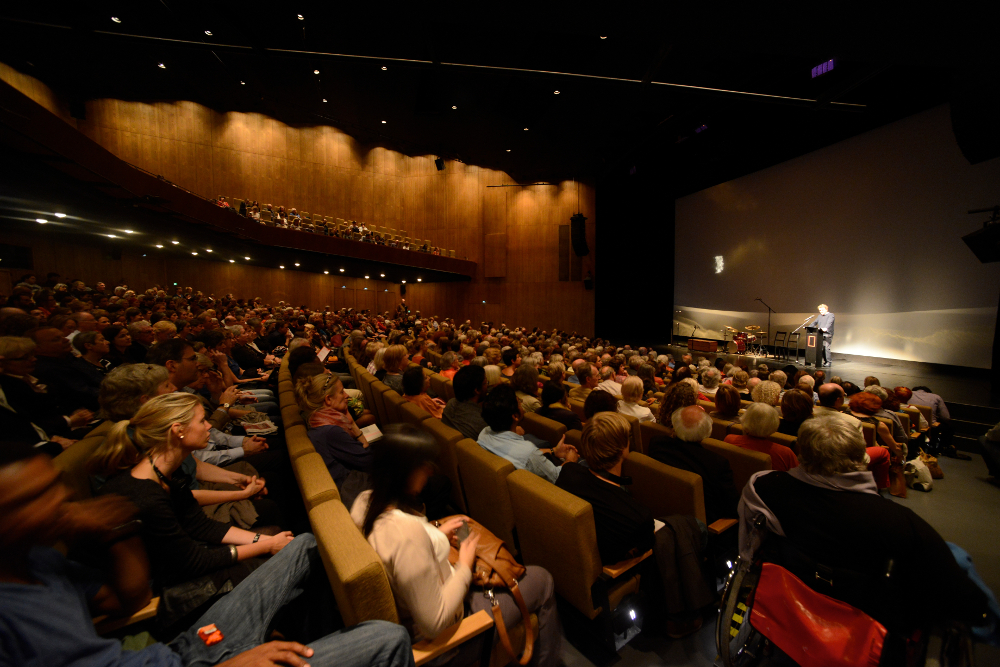 For its 19th edition, ILB goes full-on diversity and inclusivity, playing host to a record 220 guests from 59 countries. Daunted by the chorus of voices clamouring for attention at this year’s Festival? We help you navigate this year’s labyrinth of literary trends.

Cultural displacement is a well-stocked festival cupboard and post-colonial reckonings are plentiful this year. Among those that caught our eye is Canadian Esi Edugyan’s Washington Black, which narrates a tale of slavery with counter-intuitive swashbuckling verve. Opening speaker Petina Gappah from Zimbabwe, a litfest usual suspect, also presents two of her works, of which the most recent, Out of darkness, shining light, will be published to coincide with the festival. Following the life of the 18th-century explorer David Livingstone, the twist is that his story is presented from the point of view of two members of his former staff, his cook and a former slave. Nigerian writer Chimamanda Ngozi Adichie is the fest’s biggest English language attraction and brings her novel Americanah to the Art of Writing section. Syrian Mustafa Khalifa is another of our authorial highlights with his literal vision of estrangement induced by imprisonment in The Shell, but we’d also recommend two further variants on forms of inner displacement: Tash Aw’s We, The Survivors, which focuses on social prejudice as an exclusion mechanism in Malaysia; and Indian bestseller Benyamin’s Goat Days, a tale of a migrant worker in Saudi Arabia. Tommy Orange’s There There gives a Native-American voice to the contradictions inherent in indigenous lives, while for a different take on the unwelcome nature of ‘home’, Ocean Vuong’s On Earth We’re Briefly Gorgeous presents smalltown American life as so hostile to his own gay, Vietnamese-American identity that only Vuong’s intensely personal and poetic tale can do it justice. Meanwhile, for a final but essential sidestep, check out Robert Macfarlane’s Underland, an exploration of environmental displacement amid vanishing climate-affected landscapes.

This year’s inclusivity flagship, the About: Sex section is programmed to spread the love, but beware – although events may reference the work that merited their author’s inclusion, it might do so only in the context of a broader discussion. It should be noted that most authors in this section are also presenting more work elsewhere in the festival. For example, French author Didier Eribon, whose biographical tale of coming out by going away Retour à Reims/Returning to Reims has become a staple of the Schaubühne stage, will also appear in the Reflections section, while André Aciman from the US reflects on love and lust in no less than three different categories. Our outside favourite in the About: Sex section is Eileen Myles, who identify as they, once ran for the US Presidency and have written prolifically in various genres. Also on the bill is Meena Kandasamy, whose novel When I Hit You, a tale of a repressive Indian marriage, gives a much-needed fictive voice to a familiar social dystopia.

Whether it’s US writer John Wray’s story of a Californian woman who joins the Taliban in Godsend, British author’s Alex Wheatle’s cult young adult Crongton novels set in a gang-war-torn neighbourhood or the drift of suburban lives and relationship woes in Dag Solstad’s T Singer – urban and suburban alienation from the self remains a festival hotspot. A special shout-out goes to Nicolas Mathieu’s Leurs enfants après eux (Their Children After Them), which sets small-town disaffections against the background of 1990s industrial decline. Fellow Goncourt Prizewinner Mathias Énard presents Boussole, a novel that deals with the West’s fascination with the Orient. Set in cities such as Vienna, Damascus, Istanbul and Aleppo, Énard’s cultural counterpoint masterfully seeks out the otherness of places as a means of unveiling self-estrangement. Venezuelan Karina Sainz Borgo’s debut novel It Would be Night in Caracas pits personal despair against political upheaval, as a young woman mourns her mother amid wider societal disintegration.

A veteran ILB protagonist (she has helped curate and moderate over the last few years), Berlin-based author Priya Basil is stepping out from behind the stage and into the festival limelight with a perceptive little book. Be My Guest explores the Derridian premise that the only possibility in the concept of unlimited hospitality is its impossibility. Such an ideal presupposes as necessity both the striving for and the failure to create a Willkommenskultur in which every life matters – one that keeps an open house for families and migrants, neighbourhoods and nations. A dedicated political activist and campaigner for inclusiveness (she is the co-founder of the Authors for Peace initiative), Basil is frank and provocative, and Be My Guest passes as festival motto and categorical imperative. Hospitality for all.

Moving away from its traditional home at Haus der Berliner Festspiele (while it’s being renovated), this year’s ILB kicks off at Hebbel am Ufer (HAU1) on Sep 11, with its ensuing programme unfolding at 25 venues across the city, including the auditorium of the newly opened James Simon Gallery, aka David Chipperfield’s “most expensive cloakroom in the world’”, on Museum Island. Other new locations include Wedding’s Silent Green and the excellent Collegium Hungaricum. Fancy checking out some of the 250 events on offer? A full-festival pass will set you back €50-60, a single ticket €8-€12. Through Sep 21.