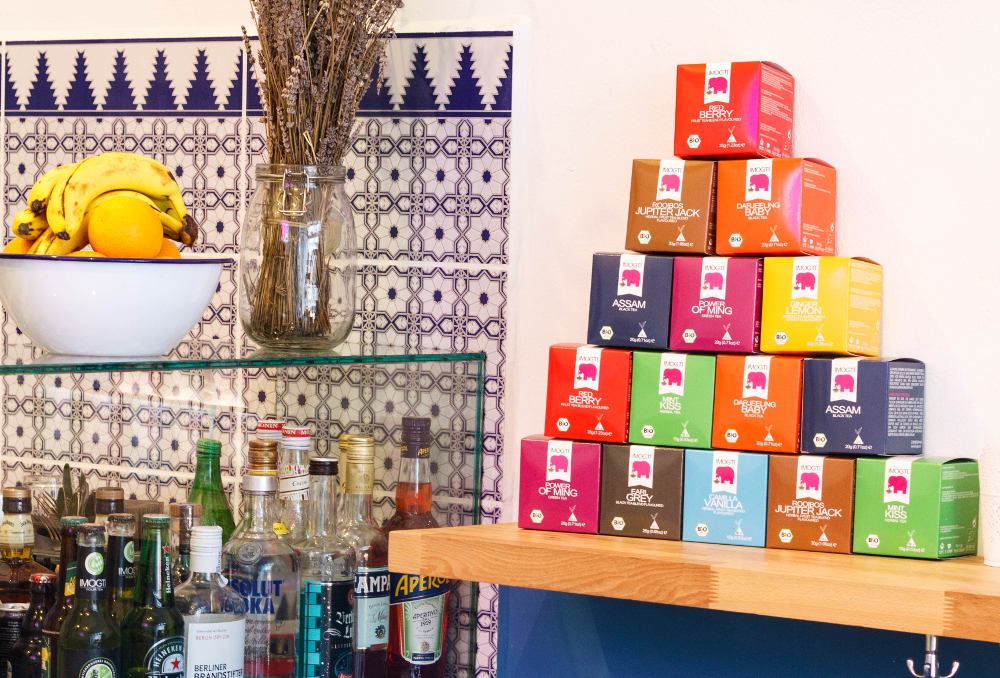 Snazzily packaged teas, green lattes and vegan rice puddings aren’t the first things that come to mind when wandering around Kotti. Until you pass Imogti, a stylish café on Oranienstraße that opened in June and specialises in the hipster favourite, matcha, sourced from organic farmers in China and Japan. The fanciness may feel out of place in a neighbourhood eager to retain its working-class roots but this brand is truly Berlin – founder Nico Klein is a native of neighbouring Tempelhof. For Klein, 32, it feels like a return to Heimat after travels that inspired his business. He studied engineering and business in Munich (Imogti (I-mog-ti) is “I love tea” with a Bavarian accent) and had a lightbulb moment in Tokyo when he discovered matcha, the wonder-tea that promises six hours of energy from one bowl. In 2012 Klein and his partner Marian Rachow began importing, weighing, packaging and selling the green powder from their Berlin apartment; by now they have expanded to a team of 15, with a sleek online store and two cafés, including a Prenzlauer Berg one on Pappelallee. Imogti sells 11 types of organic matcha. The 30g Love Blend, which makes 30 cups, costs €9.95, while the price rises to (gasp!) €79.90 for 30g of the premium blend, which is supposed to be a bargain given the quality! There are also organic herbal teas and Bavarian-brewed matcha beer; sweet with the unmistakable kick (€9.95 for a six-pack). What to eat with your tea? A cloud, of course; bowls of fluffy rice pudding with toppings such as apples, almonds and raisins for €3.90, or for a savoury version, try the daily vegan risotto for €4.40. Tea-rific!