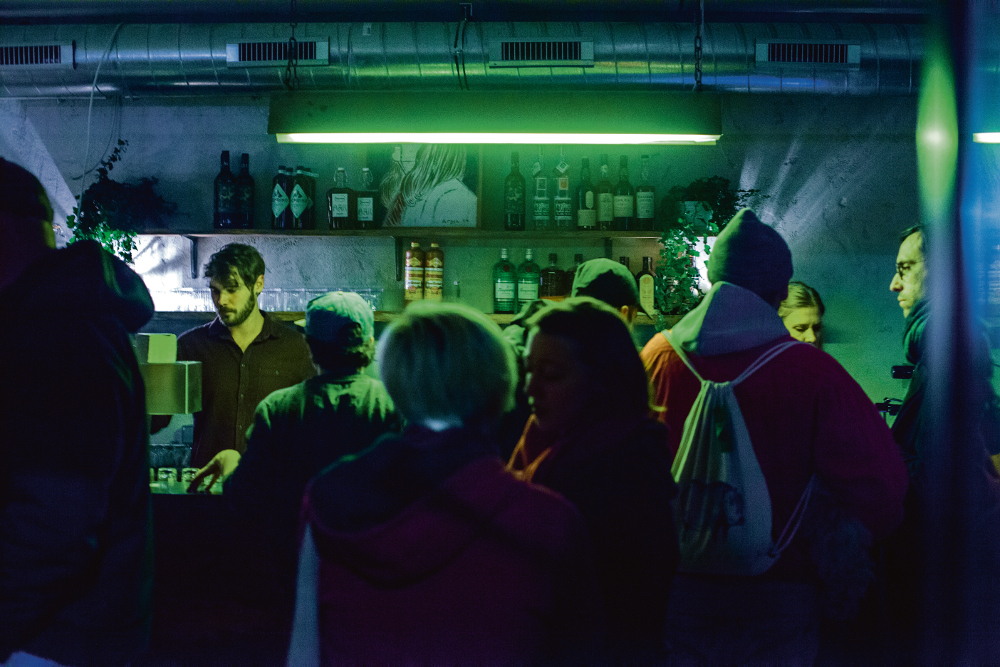 You live in Neukölln, but the closest you get to hanging with the Turkish community is floundering half-drunk in Imren Grill at 2am? Put your gentrifying guilt aside and embed yourself in the Berlin-Bosphorus connection at the neighbourhood’s newest live music venue. An offshoot of the Istanbul alternative club Arkaoda opened on Karl-Marx-Platz in January. What from the outside looks like another small-scale, plant-laden haven for “creatives” turns out to be a warren of spots to perch and carpeted floors to dance, with the rooms growing exponentially the deeper you venture in. Thanks to the owners’ Berlin indie scene contacts and the hunger for more live venues in the area (R.I.P. Neue Nachbarn), the opening was packed with an eclectic clientele of club veterans, scenesters and music nerds. If you were one of the hundreds of punters left out in the cold, fear not: you’ll get plenty of chances to assuage your FOMO. Construction on the former bowling alley is still underway, but the plan is for Arkaoda’s front room to become a café by day while the basement hosts electronica-laced mini-festivals and top-notch concerts, all with a Salt Bae sprinkle of Anatolian spice. As a reminder of the venue’s roots, a portrait of Turkish rock godfather Bariş Manço hangs above the bar. His piercing gaze and handlebar moustache seem to say it all: “Istanbul has arrived in Neukölln!”