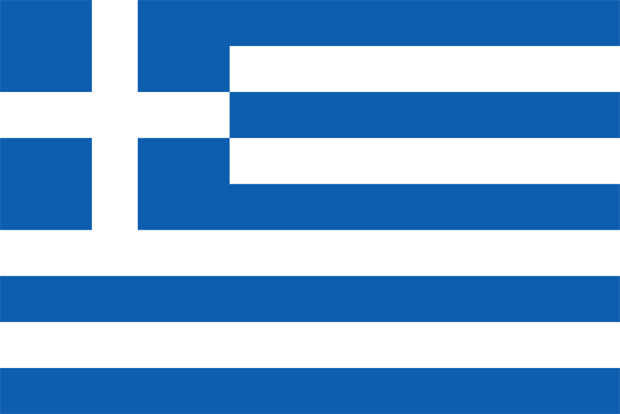 As jokes go, it’s not exactly up there with this. In fact it makes Benny Hill sound like George Carlin, but according to one Berlin newspaper, apparently, this is one of the best German jokes about Greece (one shudders to think of the ones not really good enough to print).

How does a German know if their bank account is overdrawn? It answers in Greek.

Maybe I’m being harsh, and that it is a beautifully wrought, neo-absurdist comment that shines a light onto everyone’s perceptions of foreign lands in a century where being able to bark the loudest trumps artistic integrity every time, and a brutally to the point, post-modern take on the fact that the implications of the movements of decimal points on a computer screen that we will never see are more important than the day to day lives of our neighbours in a supposedly united continent.

I don’t think it was really meant as such though. It is just a bad joke, and, as such one shouldn’t take it too seriously.

It was published in a series of the “funniest” jokes about the country as the tabloids have been wetting themselves in anticipation of the European Championships quarter final on Friday night against Europe’s brassic-bete-noir, and they could not be happier than to have the chance than to stick the boot in to their financial nemeses.

Major tournaments are always enlivened by a spicy political grudge match. It is not quite Iran beating the USA in Lyon in 1998, knocking the Great Satan out of the World Cup in the process – a game that brought football fans across the globe together as one in support of the rogue state – but it does add a certain frisson to what will in all likelihood be an otherwise, stultifyingly dull encounter.

They will have a field day if Germany beat those lazy, pesky Hellenes (who have probably given themselves another day off, and will spend the build-up to the game getting pissed on ouzo, whilst watching Vangelis and Demis Roussos light each other’s farts with €1000 notes), but one can only hope that the jokes will be tempered by some magnanimity or, even, a modicum of sympathy.

One can be sure, however, that the puns have already been written in preparation for the next day, and that Diogenes’ quote “He who has the most is the most content with the least” will not be being bandied around too much around whilst Plato takes a kicking on the front pages.

But they need to be a bit careful. There was something a bit unedifying about the posters that sprung up over Berlin immediately in the aftermath of the victory against Holland – with the word Niederlande changed on a bright orange background to Niederlage (Netherlosers)!

For the first time in over 20 years, Germany has assumed the mantle of being genuine favourites in a major tournament. They will be no longer able to rejoice quite so much a hard fought loss in the latter stages, whilst pointing to the long term plan stretching out ahead of them. That dangerous mix of arrogance and hubris that was traditionally and lazily applied to the Nationalmannschaft by their jealous neighbours across Europe would be a killer if it started to come out of their mouths now – just as the world is falling in love with their football team.

Fortunately this German squad are polite, cosmopolitan and mostly free of conceit in their utterances to the press – although their years of PR training renders them a little dull. They know the added pressure on their shoulders, and will, hopefully, remain careful to keep it at a minimum by stressing that this is merely a game of football, albeit one against a team that they have never previously lost to.

And if they dispose of the massed ranks of Greek defenders, the chances could be that they will face England in the semi-final and with it the match up of the century. England’s footballers may well be their least talented in a generation, but the newspapers are still number one when it comes to, admittedly, often hilarious, but usually just snidey, puns, lazily applied stereotypes and a crowing, over-inflated, sense of national pride.

Watch out Bild. Your headline writers may just have to play the game of their lives.