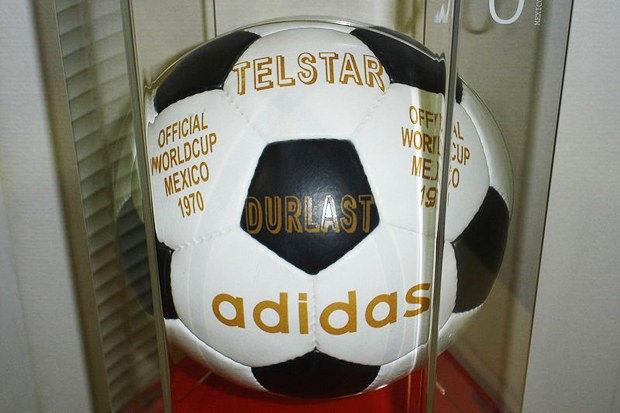 My experience of football’s major tournaments is always ruined by England. They so quickly come to resemble one of those baseball caps bought in English seaside resorts – the millinery equivalent of an “I’m not as think as you drunk I am” t-shirt or a “National Breast Inspection Agency” card for one’s wallet. The cap, available around the very edges of the land (English seaside resorts have to be by the sea to define them, but one does get the impression that the rest of the country is really trying to force them out and away from the more moneyed bits in the middle, maybe to France) says simply, “Damn Seagulls”, with beautifully rendered fake bird faeces splattered all around the rim.

They are mostly pretty good caps, decent, well made, and sturdy. Sometimes, like this European Championships, they are of a particularly good calibre, but the lettering “Damn seagulls” is particularly large, and the faeces particularly, well, shitty, and just like England, they spoil the whole thing for everyone without a really base sense of humour, or those with a little appreciation of class and style.

Fortunately England’s participation in Euro 2012 is over, and this Englishman, at least, can get on with enjoying the business end of a competition that has been a joy to behold in Berlin. The night drinking vodka in a local Polish bar – usually scantly occupied by the festering misery of its criminal minded punters silently feeding note after note into the one armed bandits under the darkened spirits of their put upon, beautiful wives, became, for the opening fixture, a drunken, roaring mass of red and white that still didn’t care too much about two points given away to a Greek side that surely wouldn’t make it out of the group anyway.

Then there was the Germany vs. Portugal game, watched on a tiny TV at the impossibly lovely and picturesque Paul-Zobel Sportplatz in the wake of Einheit zu Pankow’s relegation play-off against Galatasaray Spandau, again drunken, but this time incredulously so alongside the horribly youthful looking players marvelling at the international rebirth of Mario Gomez, the greatest striker in the land.

Or just watching the almost Biblical shit-storm erupting over the skies of the France vs. Ukraine match on a dodgy Al Jazeera stream leaving the best part of an hour to be filled by Glenn Hoddle and Ray Wilkins, literally (as Jamie Redknapp would say) talking about the weather. For his part, Hoddle declined to blame the storm on God’s will, and we thank him for this as he was desperately grasping for something, anything, to say, and we know what can happen then.

Now I feel I must apologise for having stuck to my home side like a limpet to the hull of a rapidly sinking ship (whose cargo, dragging it down into the depths, was for once not overladen crates of ego, just plain, old fashioned, cardboard boxes stuffed to brimming with ineptitude), but at last, I can start to get behind a Germany side who have played some great football, and whose every goal is celebrated with a sack of Kuemmerling, a few dangerously launched fireworks and a blackened sausage off the nearest roaring grill.

Naturally I would normally assume that this flip-flopping would lead to Germany’s immediate exit from the Cup at the hands of Italy, as my support for a team usually has that effect – but things are changing here at the Sportsdesk, and I’m not sure that my actions have any influence over a game of football several hundred miles away any more than my continuing positive thoughts will stop the inevitable, state sponsored, hunting of the poor with guns and flaming torches through the streets of England in the coming few years.

In fact, I will happily say that the game against Italy will be brilliant, despite my partiality. There are many reasons for this, but the main one is that if the game which it echoes, the legendary 1970 World Cup semi-final between the sides, “the game of the Century”, can actually be labelled as being a bit pony for most of the original 90 minutes (Brian Glanville, the doyenne of British football writers called it “fluctuating, but scarcely thrilling”), then try and imagine a game that is worthy of being called the best one in a hundred years?

There was a couple of moments in that original game, Beckenbauers’ gracefully dynamic charge through the Italian defence before being poleaxed – and later his arrival for extra time with one arm bandaged tight to his chest. Wolfgang Overath’s jinking, tricky presence hitting the bar when it was easier to score. Gerd Müller somehow failing to force the ball over the line after Dino Zoff had booted it into the back of Jürgen Grabowski – the man who set up AC Milan’s Karl Heinz Schnellinger’s 94th minute equaliser. Remember, this was all before the madness of extra time and Italy’s 4-3 win.

So there are reasons to look forward to the rest of the tournament. There are reasons (in the words of Ian Dury) to be cheerful, 1, 2, 3. England has flown home, and the real games can begin in earnest.