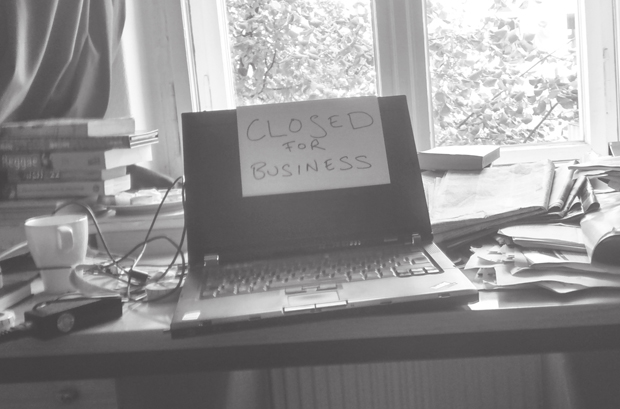 Four and a half long years ago the Sportsdesk fired its first missive from a WWE wrestling event at the building many refer only to as the Mehrzweckhalle am Ostbahnhof, and now we come to the end. It was an inauspicious start, chosen simply to allow me to be as rude as possible about a load of people I looked down upon from my lofty tower. I thought I was being clever, but it was soon to hit me as I travelled through the murk of Berlin’s sporting netherworlds that I was exceptionally privileged to be allowed to cast my eye over the people in this city doing what they love in their hundreds of thousands. Even wrestling, I would learn, deserved to be taken in some kind of context.

This city, scourged by war and division, both horrifyingly real and implied, scarred by its past and scared for its future comes together in the realest of senses constantly through its sport (and with it its art and its literature and its music and its history). It is always has been, and it remains an inclusive place, Berlin. And though many of us may not be cool enough to get into Berghain, we would never get turned away from entering the half-marathon, from the kickabout in Hasenheide, from the table-tennis table around the corner.

They don’t check your haircut on the way into the football stadium. The width of your trousers doesn’t matter at the race-track.

The sweaty beard and shaggy long mane of Silvio Heinevetter makes for as unlikely an icon as the humongously shouldered Robert Harting or the tiny, proud-to-be-an-Ossi Christopher Quiring, but they are as representative of this beautifully contrary place as anyone. They are our neighbours, our friends and, yes, sometimes also our enemies. They may not be arm and they sure aren’t sexy but they are as Berlin as any of us. Friedrich Ludwig Jahn, the “Turnvater“, the godfather of organised sport in Germany, may not be happy that his statue gazes impassively down on the drunks and the dealers of Neukölln, but I think that it couldn’t be better placed.

The story of Süleyman Koc and how SV Babelsberg stood by him during his time in prison tells us that we have a lot of work still to do to help a generation of lost youth who have been abandoned in Berlin, but it also tells us that no one is irredeemable when this city looks after its own. He played for Türkiyemspor in the fourth division and now he is in the Bundesliga.

Through its sport I have been lucky enough to see the people of Berlin up close. When they swear at and they square up against each other, when they chase and cheer and choke up with tears they do so together. And that is why I cringe at that first blog about the wrestling, it was snobbish and divisive. Since then I have tried to show the slightest glimpse of a city that I love more than any other, the city that has welcomed me as a foreigner with open arms and that forgave my faltering use of its language.

But now it is time for me to move on from the Sportsdesk. The cat, who regular readers will know as my moral compass, is getting old and my spare hours are getting fewer by the day. In truth I haven’t been giving this blog the attention it deserves for a while now. So I would like to round off the last four and a half years with a little story.

It was a few years ago, and the city was working itself up into a seething mess of excitement about the forthcoming derby between 1. FC Union and Hertha BSC. The talk was of the past and, overwhelmingly, of a perceived rivalry that still existed between East and West. This was the first time that they had played competitively in over two generations. I had spoken to an overexcited kid about it. He was from the former East, but had never lived in that deceased country. He just saw it as an abstract object, a peg to hang his hat on. He described Hertha as being Wessi pigs. He wanted to see a victory on the pitch of the Olympiastadion, he said, not just for the sporting glory of the underdog, but to affirm that his half of the city itself was somehow better.

I mentioned this a week later in the aftermath of that game – of Union’s win, of Torsten Mattuschka’s free kick and of John-Jairo Mosquera’s screaming volley – to another Unioner, one though who had grown up with the Wall at the bottom of his street. I will never forget what he told me.

He had an accent as thick as the concrete that made up the divide for those 21 long years, as he talked about Berlin. His words almost exactly echoed those of my first German teacher here who, on hearing that her contract at the school was not going to be renewed due to funding cuts, said tearfully, bluntly, “I was screwed by communism and I’ve been screwed by capitalism. What am I supposed to think?”

But then we moved onto the football, onto Union’s win. The old guy said he didn’t understand those who were talking about his being a game of East versus West. It was, he said, mostly those who never knew what that divide really meant who were saying this. “I lived with that Wall for long enough. I don’t want to have to talk about that stuff ever again… Not now that we are back together.”

He paused and I thought about the cheap parallels and comparisons that I, myself, had used about the game here for the Sportsdesk. We both took a long drag on our cigarettes while he summoned up the decisive sentence.

“But,” he said with a glint in his eye, “even though my best friend is a Herthaner, I’m still glad we beat the bastards.”

And then I knew that the city could come together at its finest even through enmity, through competition, through the mindless pursuit of the games we play. This was about what brought us together. He wasn’t talking about politics and he wasn’t talking about history or geography. It was just that his guys beat those other guys and they could all bang on about it in the pub for ever more.

Cheers and love and peace for the last time, The Sportsdesk.