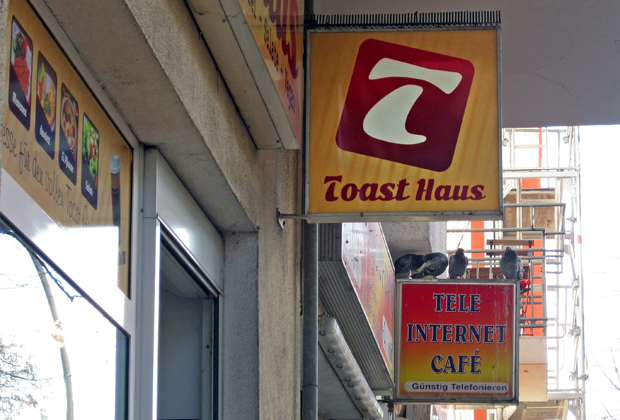 Oh, clickbait. It’s as easy as getting a baby to click on candy.

But before we get to the reason why you’re all here, let’s talk about the stupidity of “artisanal toast” – not the toast itself, but the phrase. Earlier this year, the media got its knickers in a twist because cafes in San Francisco were topping good bread with handmade spreads and charging $4 a slice for it. As the trend spread eastward, we were notified that this practise heralded The End Of Days. “Artisanal toast?” we all gasped. “Why not ‘artisanal air’?”

Thing is, we take toast for granted. In fact, the very existence of toast is actually kinda magical: four basic elements, flour, water, yeast and heat, transformed via myriad complex chemical interactions into crispy, chewy sustenance. Just because it’s now somehow become synonymous with boredom and the suburbs and, I dunno, Ryan Reynolds, doesn’t make it any less of a miracle. Why not give it the same reverential treatment as, say, kale, which just grows out of the ground without us having to do anything at all?

Furthermore, non-hipsters the world over had been quietly gussying up sliced bread for years, even centuries, before this ‘artisanal’ business – take the thick, fluffy ‘brick toast’ commonly found in Taiwanese cafes, or Italian bruschetta, or the delicious tomato-rubbed Catalan pa amb tomaquet, and c’mon, need I even mention the French? 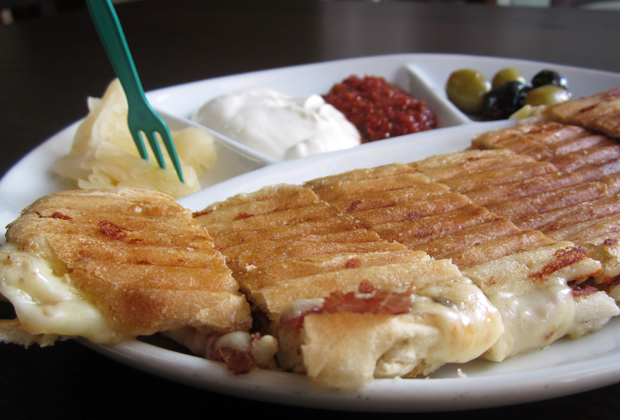 And then there’s Turkish toast, which is actually more like a panino: grilled, pressed bread with various fillings. Earlier this year, right as the collective internet freakout over artisanal toast was reaching its apex, Toast Haus, a little stall dedicated almost exclusively to that snack, quietly opened on Hermannstraße. I didn’t notice it until it went through a revamp and changed its logo to something that wouldn’t look out of place on an iPhone home screen, trying maybe juuust a little too hard to appeal to the social-media-savvy (though not as egregiously as Like Döner, a newly opened Imbiss a block away whose logo is a familiar blue thumbs-up).

Anyway, don’t judge Toast Haus by its questionable design choices. Turns out it’s owned by a charming young couple (he’s Kurdish; she’s Chinese-Vietnamese) who get their bread specially made from a bakery in Zehlendorf owned by the husband’s family. A kind of Milchbrot, it stands up to the panini press with aplomb, developing a crispy crust while maintaining a soft interior that melds perfectly with gooey melted cheese and any number of other ingredients, from Turkish pastrami to “Hawaii”-style pineapple to a vegan option with tomato and peppers (€2.90-3.80). Served on a partitioned plate with pickled cabbage, olives, yoghurt and chilli sauce, it’s a balanced and tasty – some might even say artisanal ­­­– breakfast or lunch. If you’re craving more, they also make multiple variations of menemen, that creamy scrambled egg dish that always gets this forgotten 50 Cent song stuck in my head whenever I read it on a menu, and omelettes.

If, on the other hand, you read the headline and were hoping that a cosy expat-friendly nook in Reuterkiez had started dishing out €3 slices of Vollkornbrot with house-churned butter, just go to Roamers. They probably have it there. If not, it’s only a matter of time.