The days are getting shorter, the nights are getting longer and the leisurely day-drinking of yestermonth has become grimmer and altogether more purposeful. You may not be able to avoid the consequences, but fortunately this city is teeming with remedies for hangovers of every category – or, should I say, Kater-gory…

Kater-gory I: Ready for round two

Congratulations! You’ve remembered to drink water, maybe popped an ibuprofen or two before bedtime, and now your only reminder of last night’s excesses is a yawning pit in your stomach that only grease and carbs can fill. You need a breakfast burrito, stat. Back in the States my hangover self-medication of choice was basically a full American breakfast – eggs, bacon, sausage, hash browns and all – rolled up in a tortilla and doused with sacrilegious amounts of ketchup. Thankfully for my arteries, that’s not available here. Instead, Maria Bonita in Prenzlauer Berg does a fortifying if slightly boring version with eggs, refried pinto beans and salsa (€5.50), while Cabslam offers cheese and the choice of bacon or spinach with your eggs (€6.50). I’ve also heard their huevos rancheros, another tried ‘n’ tested hangover classic, have improved from the (frankly abysmal) version they used to serve at Lagari.

This kitty’s got claws, brought out perhaps by that Wegbier you don’t really remember downing on the way home. It’s time to turn to the experts for help: what do Germans, in all their beer-drinking wisdom, eat for a traditional Katerfrühstuck? Why, Rollmops, of course, pickled herring wrapped around gherkins and onions. Suppress thy gag reflex: herring’s back in vogue these days and the saltiness of it all will make you drink a ton of water, which will help with that dry mouth and dehydration headache. Berlin’s Rollmop king is Rogacki, that time-honoured Charlottenburg deli – you can get one the size of your fist for just a couple euros, and gingerly pick at it while enjoying some of the best people-watching in Berlin, from greying Wessis snacking on oysters to blue-collar types wolfing down Blutwurst.

Okay, this time that Wegbier was on the Weg to another bar or two, you reached that part of the night (or morning) where everyone just kind of slumps into a corner and drifts off into their own world and you woke up alone when you would’ve preferred to wake up with someone else, or – even worse – vice versa. You need soup. More than soup, you need chao (photo above), bella – that chicken rice porridge that’s like getting a warm hug from a Vietnamese grandma. I first discovered it at Banh Mi Pate in the Dong Xuan Center; that’s since closed down and now there’s an only slightly inferior version at Banh Xeo Saigon in Halle 8, a soothing gruel (does gruel have to be a bad thing?) with chicken bits, fresh coriander and loads of white pepper, served by a woman from Hanoi who’s super-sweet even as she tells you “That Leitungswasser was on the house” like she’s doing you some huge favour. 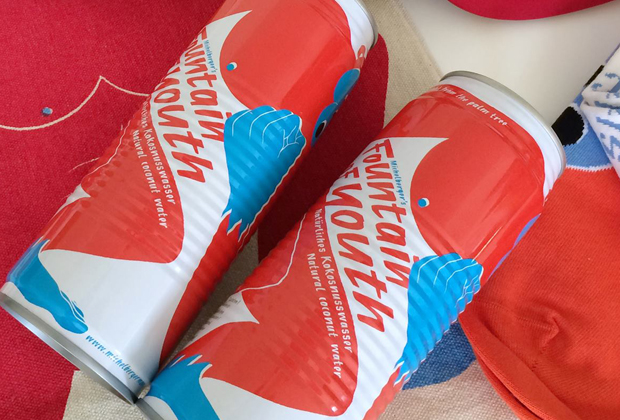 Kater-gory IV: I am become death

This is the Big Kahuna, the kind you try to avoid at all costs but which, once you reach a certain point in your late twenties, comes to find you anyway. It involves 24 hours in bed with the curtains drawn, drafting your will and vowing never to touch another drop of demon drink again. Needless to say: no happy brunch for you. Whether physically or psychosomatically, the only thing that’s gotten me through this hell-Kater is coconut water. It’s overhyped and probably not the ‘superfood’ it’s made out to be, but… it’s got electrolytes? Not one to go the easy route, I’d normally suggest buying a fresh young coconut at an Asian market and hacking into it with a kitchen knife – but come on, in your current state there’s no way that won’t result in a trip to the ER. So this is where I’ll reluctantly tell you to stow a couple cans of Michelberger Hotel’s Fountain of Youth (around €3) in the back of your fridge at all times for exactly this sort of emergency. Yeah, it costs like twice as much, but it’s sugar-free and fair-trade, plus you get to keep all your fingers. You’re welcome.

And then of course there’s the obvious hair of the dog, but you don’t need me to tell you where to find a damn Bloody Mary. What else did I miss? Leave your favourite hangover cure in the comments!