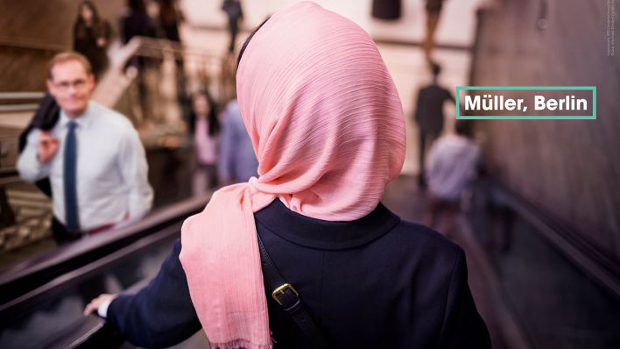 It’s unsurprising that Germans think there are nearly four times as many Muslims in the country than there really are, because every time a Muslim says something about something they know about, like, say, Sharia Law, the German media frothes and rages and demands to know how “integrated” they are.

So last week, Sawsan Chebli, a deputy press spokeswoman for the Foreign Ministry and member of the Social Democratic Party, was appointed state secretary for federal affairs in Mayor Michael Müller’s new administration in Berlin. She is a Muslim, and she gave an interview in the summer together with Müller in which she offered the opinion that being a Muslim doesn’t mean you hate democracy, and in fact being a Muslim in a democratic country might teach you to value democracy, because it protects religious freedom and minorities. She also translated the word Sharia and explained that, in her opinion, it’s meant to guide your private faith and is no more incompatible with the German constitution than anyone’s religious or personal morality might be.

A few months later, with Müller winning the election with a red-red-green coalition rather than a red-black coalition, Die Welt scrawled a wretched hack job whose whole purpose was to denounce Chebli as a dangerous Islamist and discredit Müller. “Because the image of the pretty, successful migrant who has made it into the heart of the capital, has cracks,” Die Welt decided. (“Migrant” is a novel way of describing someone who lives in the same fucking city they were born in. Also the word “pretty” is really annoying, because it simultaneously patronizes her and implies that she’s a bit deceitful.) The article then proceeds to play on people’s fear-triggers about the word “Sharia” and suggests that Chebli was not really a “moderate” Muslim, but actually a “conservative” one who thinks that women should wear a headscarf (even though she doesn’t wear one herself – because she’s deceitful, Die Welt implied).

The Springer Verlag went in for some retroactive subtlety though. This tweet shows that the original title of the article was “Berlin state secretary is guided by Sharia Law” and was changed to “The image of the successful migrant has cracks”. But luckily, the original headline wasn’t lost to history, because Breitbart UK corrected it back for them, like a dog fetching a stick, in their own article on Chebli, which was turned out to be an easy re-hash of Die Welt‘s article. They found they didn’t need to change any of it. Looks like Germany’s mainstream media is already trying to hedge the Breitbart market.