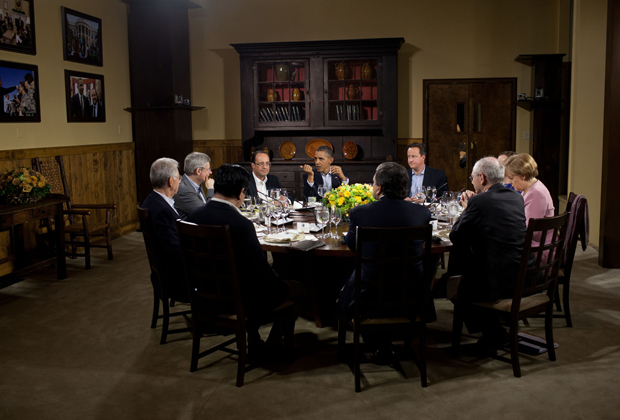 Francois: Oui, vous are certainly right there. MUCH too far.

Angela: Yes, it is very very furchtbar. The anti-gay laws were bad, but you know…

David: … seeing as no one in Russia has any human rights anyway, it didn’t make THAT much of a difference, did it?

Francois: And then when he invaded another European country. I mean, you know…

David: Now, THAT was bad. I really felt angry about that.

Angela: So did I! I was really furious. I was shaking a little bit.

Francois: I was livid. You should have seen me.

David: Yes. It was good I thought of stopping some of his friends using their bank accounts.

Francois: That was my idea!

Angela: I thought of it too about the same time, but I just didn’t say it out loud.

David: It was ALL our idea. At the same time.

David: Francois, the point is, he’s really gone TOO FAR this time.

David: I mean, pretending the separatists didn’t shoot down that plane.

Angela: What a dick!

David: An UTTER dick. So what are we going to do?

Francois: I say we do REALLY BIG sanctions, REALLY GOOD ONES. Like the best sanctions ever! Let’s “Go Iranian” – you know, where they can’t even buy football boots and nice chocolate.

Angela: Sehr gut! And they have to make do with that shitty fake Lego from China!

Francois: Ha! That will show him. But can we do it next week?

Francois: We have this ship we wanted to sell them. It took us ages to make. Our ship-makers would be really disappointed, you know.

Angela: Okay, NEXT week. But then we will make the REALLY good sanctions.

David: (suddenly angry) Well, I am not happy Francois! That is really NOT ON! We must be tough and all that shit.

David: Actually, can we say the week after? We have over 200 weapons export licenses to get through.

Angela: Okay fine, the week after! THEN we are really going to show that dick where the hammer hangs.

Angela: Actually, we’ll do it later – I’ve just remembered we have to keep buying all this gas from Russia.

David: Well, when can we do it then?

Angela: When we have achieved world peace and we invent an infinite power source. Those would be the ideal conditions.

David, Angela, Francois (thinking to themselves): I feel empty and shabby inside, but I can take consolation from the fact that it’s definitely not my fault.