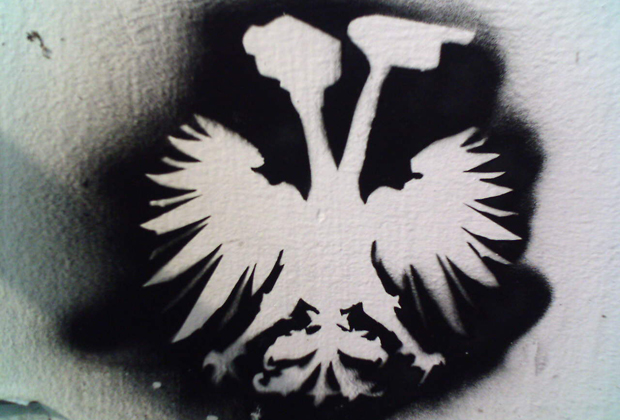 Everyone was Charlie last week. Every single world leader wanted a space under the Charlie umbrella. One of the magazine’s cartoonists got literally sick of it. As well as Vladimir Putin, the Pope, and the Queen of England, Charlie’s unlikely new friends included the CSU, who put out a statement within hours of the attack saying that “press and freedom of speech are indispensable to our society”. Less than 24 hours later, the same party, who were having a conference at the time in a place called Wildbad Kreuth, produced a paper calling for the expansion of the powers of security forces and the reintroduction of a data retention law in response to the attacks.

The telecom data retention directive originally came from the EU, and was designed to enable the state to collect telecom information on its entire population for a period of six to 24 months – that means it would be able to retrace who contacted whom via telephone, mobile phone or email. For mobile calls and text messages, it would also log user’s locations. Access to the data would be available to police, public prosecutors, secret services, and foreign states, and would be available for the prosecution of any crime, not just terrorist-related.

The data retention directive has had a rocky legal history since it was first passed in Germany in 2007. In 2010, the German Constitutional Court declared Germany’s participation in it unconstitutional, and ordered Germany’s telecom companies to delete what it had. There were a number of different complaints against it at an EU level as well, and in April last year, the European Court of Justice declared that the directive was incompatible with the EU’s Charter of Fundamental Rights. The current rule is that telecom companies can keep the data for seven days. But a lot of German politicians still really, really want it. Last November, Interior Minister Thomas de Maizière suggested yet another way it could be reintroduced. Now the CSU has declared it “indispensable”.

Obviously some might say mass surveillance has nothing to do with the freedom to commit cartoon sacrilege, but it does have a lot to do with press freedom. Journalists, and, just as importantly, doctors and lawyers, need to be able to keep the secrets of sources and clients – that professional discretion is as much of a pillar of our free society as the right to draw offensive pictures. If people aren’t safe from the police and intelligence agencies, they won’t speak out. A new survey of writers by the PEN American Center found that a majority felt a pressure to self-censor because of government surveillance. Privacy and freedom are inseparable. So let’s not throw away our freedom in the name of defending it. That’s being Charlie as well.