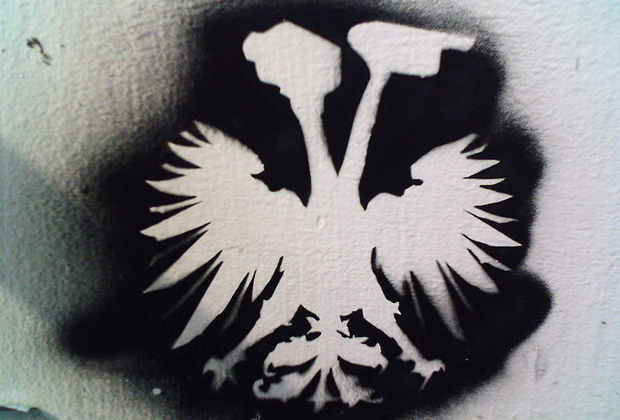 You feel it? The extra snap in the air, that damp chill in the bones, the freezing, creeping darkness, the clinging moisture sliding into the back of your throat and making you feel ill even though you’re not? Yep, that’s right: today, as in Friday, October 16, the German government is reviving its Vorratsdatenspeicherung (“Provisional Data Storage”) plan – scraping off the ice, putting in new a battery and pouring some extra anti-freeze over it in the hope it will run again, even though the Constitutional Court overturned the old 2007 version, and the European Court of Justice overturned the EU directive in 2014.

This time it’s called the Höchstspeicherfrist (“Maximum Storage Deadline”), and under this new law, being passed in a Bundestag near you on Friday, telecom companies will be obliged to store the metadata of everyone in the country for 10 weeks – that means, who called or emailed who and when and for how long. (“Is that all?”) The companies will also store the location of all mobile phones for four weeks. Just in case the police need it. This is a considerable downgrading of the original law, which had all this data being stored for six or seven months,

Those persistently confused “legal experts” that the press keeps asking are divided on whether or not the new version of the law contravenes the European Court of Justice ruling. No one knows. The law is in the future. By this time, of course, it’s adorable that the government even feels like it needs to tell us about it. Post-Snowden, why even bother to take this vote through the Bundestag? NSA agents must be sniggering to themselves in their airless, windowless offices.

The old arguments keep getting made and won – the logistical, economic, legal futility of it all will be spun out again – they say the new law will cost between €260 million and €600 million, and that the mass data collection has not helped to stop a single crime. Various data protection “activists” are already preparing their complaints to the constitutional court. But it won’t matter, because one way or another, they’ll get the info.