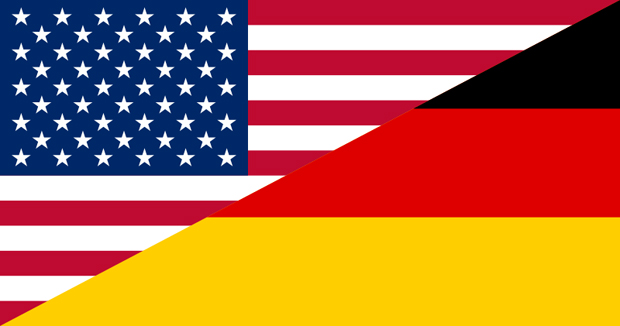 Every expat knows the feeling: you hate things about the country you come from – a royal family, Black Friday, a lawless thug-militia you are obliged to call the police, a sexual fixation with guns, the destruction of social solidarity in the name of freedom – but – BUT – you’re fucked if you’re going to let a load of Germans point it out to you. It doesn’t matter what you actually feel, when that conversation starts, a steel shutter of pride will fall inside you.

Well if you’re American, it’s a good job you didn’t read this article in the Frankfurter Allgemeine Zeitung last week, in which the venerable conservative paper went nuclear on the United States of America, and came up with 45 reasons why Germany “has it better” than America. Forty-five! That’s a very specific number. It’s like the author was trying to think of fifty – to deliver a specific kick in the knackers to each one of those smarmy states – but, even after he dragged up every last morsel of bile from his contempt-riddled mind, he could, after all, only come up with 45. That’ll have to do. Most of them are about America’s hopelessly fractured political system and Americans’ myopic view of it – “Many Americans think of their country as incomparable, even unique. That is a tragic handicap” – culminating in possibly the most comprehensive insult of all – “America is in danger of turning into a giant Belgium,” on the grounds that “presidential democracy in American form doesn’t seem suited to the age of globalization, because despite all appearances no one has positive decision-making power.” Just like in Belgium, obviously.

But chill out, Yanks, you don’t need to get your guns out yet – for this week The New Yorker delivered its response (though probably unwittingly). The magazine’s veteran writer George Packer filed a long, beautifully-styled evisceration of 21st century Germany, disguised as a portrait of Angela Merkel. He said the same stuff a lot of people said last year during the general election campaign (including me) – that Germany is allowing itself to be anaesthetized by Merkel, and that all political debate had been neutered by her popularity. Mutti’s milk is laced with opium. But the pay-off was what made Packer’s article special: “Almost every political reporter I spoke with voted for Merkel, despite the sense that she’s making their work irrelevant. There was no reason not to.” The implication, he said, was that the German media have become complicit in Merkel’s non-government government – they’re Merkel’s boy band.