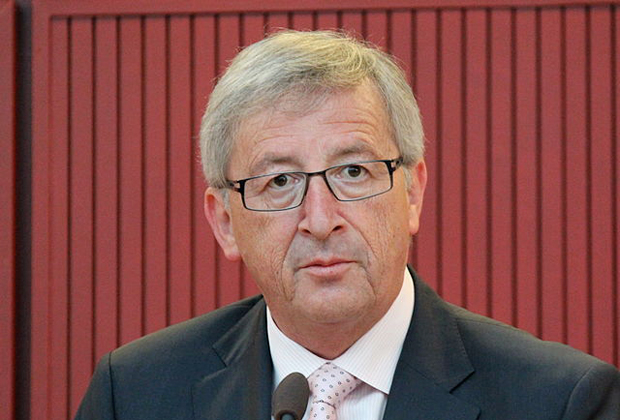 There’s probably nothing that people care less about than whether or not Jean-Claude Juncker becomes president of the EU Commission. There are literally patches of mould on the underside of sofas, people who make clothes for Primark and members of the Dutch royal family that take up more space in people’s brains than the former Luxembourg prime minister. That’s weird, given that he’s just been elected supreme leader of the European Union and the British Sun newspaper thinks he’s “the most dangerous man in Europe.”

The main thing that everyone knows about Juncker is that British Prime Minister David Cameron really really doesn’t want him to become the EU Commission president, and German Chancellor Angela Merkel does. Well, she basically does, but she’s not really that bothered, and since Cameron is making such a Big Deal about it (threatening to take Britain out of the EU), she’s decided to back Juncker just because Cameron annoyed her by allowing the AfD to join his European parliamentary faction.

BUT, she definitely doesn’t want Juncker to have any more power than he needs, and neither is it in her interests to strengthen the powers of the European Parliament, which is what the election was all about. The parties in the European Parliament sent out five main candidates, people voted for them, and the deal was that whoever wins becomes EU Commission president. Cameron is now pretending that this didn’t happen, and that Juncker doesn’t have the democratic mandate he does, and Merkel, being the Machiavellian ethical vacuum that she is, will go along with anything that preserves the most power for her.

But this isn’t good enough. If Cameron wins, and blocks Juncker, the whole European election was a practical joke, and the European Parliament – the only remotely democratic part of the European Union’s government – is relegated to a debate club for failed politicians. And it would also by default invest the non-democratically elected parts of the EU, like the European Council, headed by Herman Van Rompuy, with more power than it should have. What I’m saying is that even if Juncker is a faceless, scheming, reactionary conservative who will do more or less anything before he brings Europe closer to social justice, he’s the faceless, scheming, reactionary conservative we voted for, and we can’t let Cameron hijack our democracy because he’s scared of some beer-swilling racist Inselaffen.