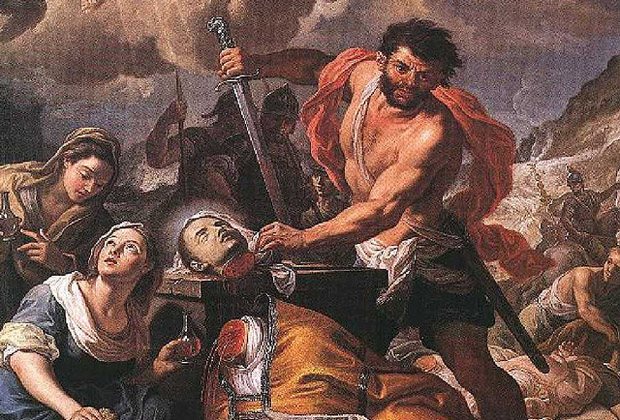 When you become a politician, the idea is to wield power and change the world to make it fit your vision of beauty and justice. Obviously you can’t do this the old Roman way anymore – conquer other countries, tie their monarchs up with golden chains, parade them through the city as part of a triumphal display of your divinity, and then strangle them in front of their children.

You have to be more diplomatic, which means you have to pretend to like people and pretend not to be a sexual deviant (two prerequisites that pretty much preclude my political career). Obviously, I wouldn’t want a return of the Roman Empire. If Angela Merkel proposed re-enacting famous battles in a vast public arena with real Afghan insurgent prisoners, I would definitely write a strong letter to my Bundestagsabgeordneter.

But I also think we’ve gone too far the other way. Nowadays our leaders are so restricted by fear, with their ambitions festering in a small world of desperate control freakery, that 1) they can’t help but lie all the time and 2) they have to have their organs removed and replaced with foam pellets. Hence Guido Westerwelle.

There are exceptions, of course, but they prove the rule. The chauvinist nutter type of politician – like Silvio Berlusconi – is exactly the kind who stays in power forever. Silvio has tried everything to get himself fired, in fact he’s run out of ideas and has now resorted to simply calling Italy “shitty.” Guido, by contrast, has made himself ripe for the chopping block by just being rubbish at his job. If that’s all it took, Silvio must be thinking.

Guido now has around nine days left of his career. That’s up to and including the Berlin election, after which political pundits are expecting FDP leader Philipp Rösler to pin that final sin to his back and send him out into the harsh wilderness of commoners, where dreams of beauty and justice remain just that.

You common cry of curs, whose breath I hate

As reek a’ th’ rotten fens, whose loves I prize

As the dead carcasses of unburied men

That do corrupt my air – I banish you!