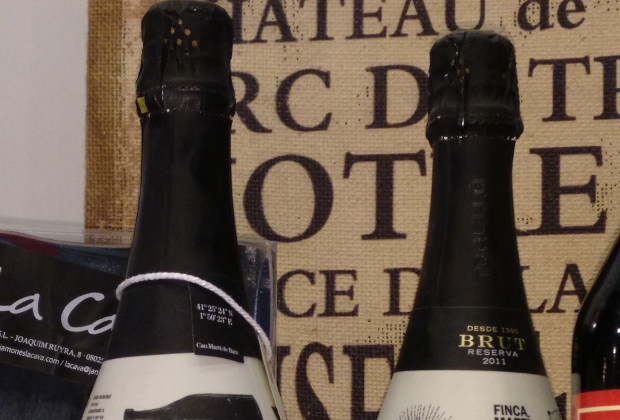 In our newest guest column, read our special on-the-ground reports of what’s happening on the streets of Catalonia from American journalist and Barcelona resident-of-two-decades Lynn Baiori.

Slipped between the dozens of WhatsApp messages sliding through my cell phone each week was the following: Barcelona will not be the new headquarters of the European Medicines Agency. I felt my heart sink at the news. This wasn’t Sheldon Adelson lobbying for the rights to turn the fields of El Prat on the outskirts of the city into a sprawling EuroVegas eyesore. This was an opportunity for Barcelona to house a major European agency and deepen its credentials as an international hub for scientific research and development. In recent years the city has garnered attention as an important center for biotechnology, health technology and the pharmaceutical industry. Barcelona would have been an ideal location, as it met the main criteria of the agency’s requirements for “accessibility, staff retention, adequate premises and facilities”. The city was high on the EMA’s list; they could begin operations on schedule, they would have access to an international airport, efficient public transportation, and quality housing, employment opportunities and schools for families of relocating staff.

Hopes were high this summer. The Torre Agbar (referred to by some locals as the suppository building) was considered the ideal site by the town council to house the European agency responsible for evaluating drug safety. In July, the office tower was bathed in blue with the vertical message BCN EMA spelled in crimson lights, like a valentine, along its facade. It was thought a matter of time before the EMA packed boxes in London and settled back down in EU territory, its future unfolding along the Mediterranean coast. This week those hopes were dashed when the EMA announced it had decided to make its new home in Amsterdam, another strong contender.

Some here see the decision as a punishment to Catalonia for rocking the union boat. Carles Puigdemont tweeted that Barcelona was the favorite before October 1 and blamed the establishment of Article 155, Spanish police violence and the “turning back” of democracy as the culprit. Meanwhile, the leader of the Partido Popular in Catalonia, Xavier García Albiol, saw the loss as a result of the Generalitat’s push for a republic and accused separatist politicians, who he insisted “insulted the rest of Spain and the European authorities.” Some accept the loss as a cost in the fight for freedom. Others understand it as a practical move by the EU to choose the most stable ground to settle down.

There are apps and social media sites now available in Spain for the purpose of directing boycotts of Catalan products. Catalan cava, the local sparkling wine, is the focus of a boycott that would not only hurt the local economy but would be prejudicial to manufacturers from Extremadura who make the corks that go into the bottles and to label and glass manufacturers from other areas of Spain. Such interrelated business dependencies have the UGT union speaking out this month against a boycott of Nestlé SA products which, beyond its production facilities in Catalonia, has employees throughout the Spanish peninsula. In turn, Catalans have begun circulating lists of ethical, local and sustainable businesses which have kept their fiscal headquarters in the region. Some people here are also encouraging neighbors and friends to spend their money at small, local shops.

When I arrived here in the early 1990s Barcelona seemed to be shaking off years of slumber and preparing itself for its place in the larger world. Like a natural born diva, it stepped out onto the international stage with confidence and grace; it took on the challenges of globalization, immigration, social reform and modernization with admirable skill, sophistication and tolerance. Internally, there were problems; one noticeable difference from the mid-1990s over the following decade was an increase in housing price, driven by demand and speculation, which was not balanced by an increase in wages. The problem was obviously not exclusive to Barcelona or to Spain, and overall, the city managed to consistently turn opportunity into advantage. The 1992 summer Olympic games kicked off an ambitious urban rehabilitation project that lifted Barcelona into a top holiday destinations, an attractive place to live and fertile ground for new business.

As cruise ships filled the harbor, it seemed everyone with money to spend was coming to Barcelona; much like it’s famous football team, the city’s prestige and attraction seemed golden. No one here wants to see years of hard work and progress come to a crashing halt. Certainly not Puigdemont, nor García Albiol or Rajoy. A shaky Catalan economy is nothing to hail and it should be a cause for concern for the rest of Spain. Its future well-being should also be of deep interest to EU governing bodies and other member states.