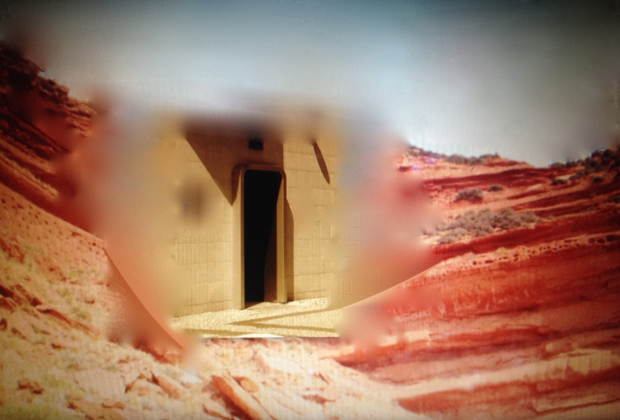 Remember that scene in Butch Cassidy and the Sundance Kid where Butch uses way too much dynamite to blow up the train and it ends up raining money?

Hell, remember any scene in that film and if you think about it, it’s all about entitlement. About two guys and the Hole-in-the-Wall gang who’d rather pursue a life of deadpan fun than do regular work. Okay, there’s a price to pay – death by bullet-riddling – but surely one of the reasons for this film’s popularity is the way it taps into a life of vicarious my-way-or-the-highway privilege. We’d all like to be out there, being funny and smart and not having to nine-to-five it – but this isn’t Wyoming, it’s Wilmersdorf.

Except, hang on, there is place in Wilmersdorf that’s just like it – except that it isn’t. It’s a one-room bar on a leafy square (on which, so I’m reliably informed, Jil Sander also has a flat, although I’d be surprised if she ever frequents that bar). The door is small and non-descript. There are also a couple of half blacked-out windows. So like the other hole-in-the-wall in Wyoming, it’s hard to look inside, and even harder to get inside. And once you do, it’s very smoky.

We managed recently (to get inside) because we arrived at an unfashionably early hour and because the proprietor seemed in turns fascinated and disgusted by my companion’s red trousers: a surprisingly common sentiment BTW. So we rang the bell, the boss popped his head out, took a gander at the legwear, muttered something about red trousers being a Hapsburg imperial prerogative and grudgingly held the door open. We stumbled through the smog to the bar, appreciatively eyed the literature by the till (German and classical essayists) – and then I made the gross faux pas of ordering a vodka gimlet… about the only cocktail I’m familiar with.

So it’s not as if we’ll be going back and even if we did, my guess is that we might not be allowed in. This place is a haven of immunity from the everyday. Like the originals, these (mainly) guys pursue either no real work or work that’s off the radar in terms of everyday stuff: high-level and/or lucrative. And way beyond the pale of humdrumity. But – shoot me if you must for being a snob – I like that this place is here, in Wilmersdorf, where the illusory traditions of complicit exclusivity still struggle on simply because places are actually old enough to have traditions. It can’t just be mass-milling at Kudorf.

As Butch said: “I got vision, and the rest of the world wears bifocals.” If you’re looking for a place where this still applies, this is it.

But I’ve been instructed to keep this low-key, so you’ll have to find it for yourselves.