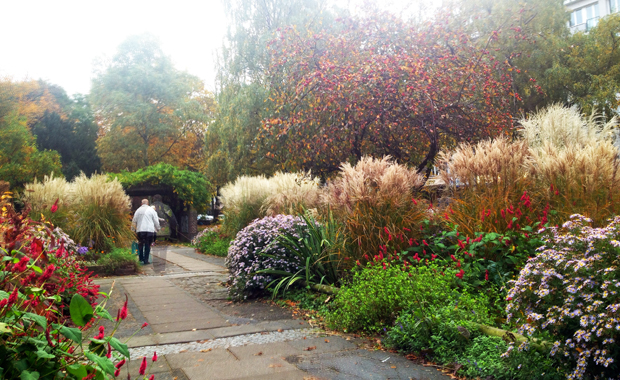 Listening to RBB the other day, I heard a live report from the felling of a lime tree – the last of three to make way for new housing in Crellestraße in Schöneberg. They do love their trees here. The police waited until the vigil teams were in transit before allowing the massacre team in – all signed, sealed and approved by, according to the vigilantes, a Red-Green BVV (Bezirksverordnetenversammlung aka the local council) keen to attract the kind of investors and residents who prefer money to trees. So thinking about it, were these trees under which money was growing? Anyhow, if you’ve got 15 minutes to spare, check out this.

There were sounds of great distress in the background and some vicious comments in the direction of City Hall. The Greens look likely to find themselves short of the odd vote or two: not only in Schöneberg, but also Wilmersdorf, where the blame game for plans to re-landscape our local Olivaer Platz is also being played to Green detriment in Charlottenburg-Wilmersdorf’s BVV.

As a Brit (with German voting rights), I’d rather cycle naked down Kurfürstendamm than reveal my political affiliations. It’s like asking someone how much they earn. A no-no. I can tell you, however, that part of my vote put that Red-Green alliance in place. So when I attended a citizens’ meeting on plans for the Olivaer Platz and a Green delegate got up to tout €2 million plus of landscaping involving the abolition of all Platz-parking by saying: “Autofahren muss weh tun (Traffic must hurt).” It was a bit of an ouch-moment.

Don’t get me wrong. This is not an anti-gentrification rant. There’s definitely room for improvement on Olivaer Platz – but does it have to be so wholesale – and so bloody belligerent?

Apparently, it does. The SPD-Greens got their way and Olivaer Platz is now due to be completely re-worked. The old structure of mixed beds with cherry tomatoes (which I harvested last year, at night, but no one cares anyhow) and fluffy pampas grass, some higgledy trees, concrete corners, slightly dilapidated playing corners, a well-frequented Imbißbude, plus some 60 parking spaces is all due to get the chop. In its place, according to the winning design, will be a large, open-space area with some of the old trees, some magically mature new ones, lots of grass and some bushes to define the perimeter. The overall effect is intended to guarantee a feeling of greater “subjective security”, i.e. nowhere to run to, nowhere to hide, nowhere to have a bench beer and nowhere park – and it’ll probably be no-cycling, non-smoking, no free-range dogs etc. as well.

Since parking is already a bugger and getting worse practically by the hour, dander is up. A change in the status quo AND local revenue losses: €250,000 in parking tickets/fines plus limited access to businesses? Nein, danke.

And there’s other weirdness. Olivaer Platz is surrounded by heavily trafficked roads, two of which are four-lane. With none of the old sound barriers, it’s going to get noisier and smellier. Where’s the sense? Searching long and hard for a legal inconsistency, local lawyers submitted a Dienstaufsichtsbeschwerde aka disciplinary complaint against the wrongful abolition of the designated parking specified on the original 30-year-old plans.

So instead of the chainsaw gang (which were due to arrive by the end of this month), Olivaer Platz continues to bask in mellow autumn negligence and I can put my tree-hugging overalls away for at least another year. Pithy and slightly slurred words of triumph echo round the benches near the Imbißbude: “Ja, ja,” someones says, “it’s all down to the Greens. Maybe Trittin wanted more playing spaces. You know: to hang out with the kids.”