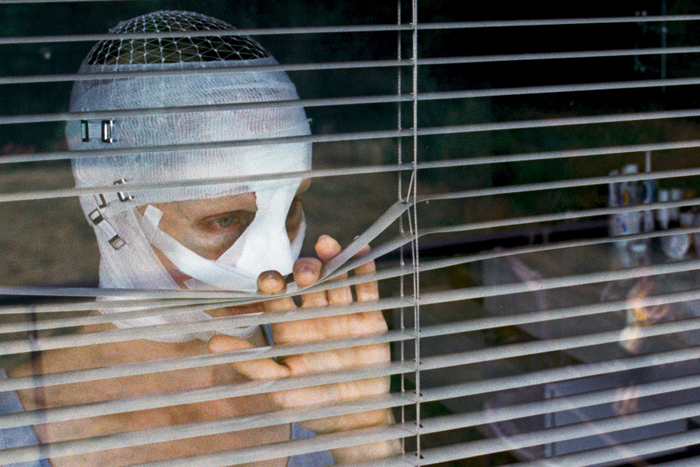 The debut feature from the director pair (the wife and nephew of Ulrich Seidl; Franz worked as a writer and assistant director on Seidl’s films) – hits New York cinemas on September 11.

Your film turns the notion of motherly love on its head. Did you intend to shock people by doing this?

Veronica Franz: We were not specifically aiming to shock people. Of course we were aware that the subject matter is considered a taboo. Children don’t like to see their mother change in any way. But from a mother’s point of view, sometimes she needs time to just be herself and not necessarily what her children would like her to be. Motherhood, motherly love is too often seen as something sacred.

The film starts out like an art film but ends very much in the genre tradition. Did you set out to cover such a wide spectrum?

VF: As a filmmaker you make up and develop stories and characters, but after a certain point they just start to evolve on their own. So we did realize that the film is more atmospheric in the beginning and not as graphic as in the last third. We could have changed that by speeding and spicing up the first part, of course, but we decided to keep it this way. The audience might let their guard down thinking they’re watching an art-house film, and then… [Laughs]

The country house where the film is set almost feels like its own character.

VF: Our sound and camera crew also commented that the house, which we found but had to do major redecorations on, is like a main character in the movie. We found it in the northernmost part of Austria. We didn’t even have a lake in the original script, but after finding this house we wrote the lake in.

Severin Fiala: The film is first told through the perspective of the children. Of the mother we only see what the kids see, which may or may not contain elements of fantasy. This means we actually know very little about her. So we used the house more or less as an extension of the mother figure, in order to say something about her.

SF: Yeah, that’s also related to the characterization of the mother. The movie’s look does have something clinical, prison-like about it, like a clean cell you’re locked inside of. The mother’s a very organized, clear, strict and somewhat cold person, traits which manifest themselves in how the film ends up looking.

How did it feel working on this film together? Did you agree on everything?

SF: While we were casting the twins, we had the candidates play a game of “I spy” and they always knew right away what their sibling was seeing. We are kind of like these twins, in the sense that when we watch a scene, we always see the same thing. There’s a shared sensibility between us, otherwise I don’t think we could make a movie together. The trust wouldn’t be there.

Severin, you studied at the Filmacademy Vienna, where Michael Haneke teaches. Aspects of the film are reminiscent of him…

SF: What we have in common, I think, is the exactness we bring, that every aspect is carefully considered, and perhaps the austerity in style. Thematically, Haneke also deals with family and non-communication and his films often have this sense of confinement, which ours also does. But on the whole I find our film very different from his. That it got compared a lot to Funny Games really confounded us. To us, Funny Games is an anti-horror film, while ours is hopefully a pro- horror film, because we both love horror films. It’s the genre that can be best utilised to say something about society and its taboos.