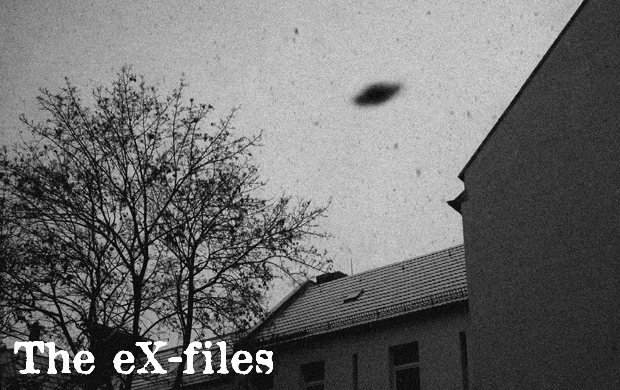 THE FACTS: Shortly after the Second World War, UFOs were observed throughout the world. The first prominent sighting was on June 24, 1947, near Mount Rainier, Washington. Kenneth Arnold, an American aviator, claimed to have seen nine unusual flying “saucer-like” discs. The press coined the term ‘flying saucer’.

In 1950, Professor Giuseppe Belluzzo, who had been economics minister under Mussolini, said in an interview that the Italians and Germans had built circular winged aircraft. These disc-shaped, jet-powered contraptions were able to take off vertically, then fly horizontally due to spinning. Belluzzo suggested that “some great power is launching discs to study them”.

A week later, Der Spiegel published an interview with Rudolf Schriever, who claimed to have been involved in the Luftwaffe’s development of the Flugscheibe, a rotating flying object that could supposedly fly vertically and horizontally. Known as autogyros or gyroplanes, the design dated back to 1923 and was conceived in Spain. According to Schriever, the Nazis improved this technology in a BMW facility in Prague.

In 1952, Dr. Heinrich Richard Miethe, an alleged German aeronautical engineer, said he was responsible for a group of six technicians who had worked on a so-called Vergeltungswaffen (V-weapons, or retaliatory weapons) in Peenemünde, Essen, Dortmund and Stettin. He claimed to have personally developed the V-7 (Vergeltungswaffe-7), which was shaped like an “Olympic discus,” had an internal cabin, was powered by a BMW turbojet engine and was able to reach the stratosphere and achieve supersonic speed.

Allied officials, like Roy Fedden and Edward J. Ruppelt, reported independently that they saw designs for unusual weapons and aircraft developed in Germany during WWII as a part of their Wunderwaffe programme, which also involved advanced jet and rocket propulsion technology, but no material or documented evidence was ever found about Nazi flying saucers

THE THEORIES: Theories surrounding Nazi UFO technology revolve around two premises: first, that Nazi Germany sent an expedition to Antarctica in 1938-1939 that mapped the territory of New Swabia, today under Norway’s control, and second, that German science before and during WWII was obsessed with finding an infinite energy source to enable perpetual motion machines and with creating anti-gravity objects able to fly unrestrained.

A Hungarian exile in Argentina, Ladislas Szabó, told newspaper La Critica in July 1945 that an underground city known as Base 211 or Neue Berlin (New Berlin), existed under New Swabia in Antarctica as an escape base for high-ranking Nazis. He claimed Adolf Hitler and Eva Braun had hidden there before they fled to xxxxxxx Argentina in a U-530 submarine.

Vladimir Terziski, a Bulgarian-born physicist and selfproclaimed ‘ufologist’, claims that this base operates today as a UFO facility on Earth. Supposedly, more than 2,000,000 pure Aryans inhabit this underground metropolis. They posses electromagnetic ‘free-energy’ that allows them anti-gravity propulsion. Using it, they landed on the moon in 1942 and established an underground base there that they occasionally visit.

Bavarian Illuminati are controlling the free-energy source, killing anyone who discovers it independently. Together with aliens they perform genetic and hybridization experiments that will allow them mind control and establish the dominance on Earth when the time comes. Miguel Serrano, a Chilean diplomat and propagator of ‘Esoteric Hitlerism’ who died in 2009, believed that Adolf Hitler, the last reincarnation or avatar of Hindu god Vishnu, will use this base and UFO technology to establish The Fourth Reich.

ANALYSIS: It is undisputed that both the Axis and the Allied forces were interested in constructing circular planes able to take off vertically and reach suborbital space. After WWII many prominent German scientists were integrated into US space research programmes as part of Operation Paperclip. However, the rockets that eventually landed man on the moon had the conical shape of V-2 rockets xxxx xxxxx. Theories about perpetuum mobile circular aircraft contradict the second law of thermodynamics.

Subterranean bases have never been found in Antarctica or on the moon. The closest to constructing circular planes was Avro Canada, a Canadian aircraft company that in 1958 developed a prototype of a saucershaped vehicle (VZ-9 Avrocar) as a part of the secret US military project codenamed ‘Silver Bug’. Due to instability and propulsion difficulties, further development was cancelled.

Even if the Nazis made circular plane prototypes in Germany, it’s highly unlikely they perfected the technology needed to propel such flying objects. This was used as the basis for myths about aliens sharing their knowledge with a bunch of ex-Nazis in exchange for conquering the world together. Heaven forbid!