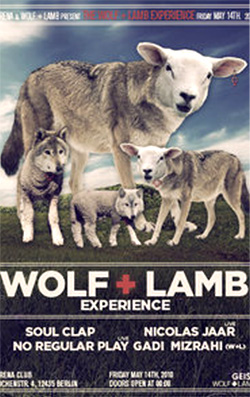 I’m currently writing from Almaty, Kazakhstan, a city just descending from the throes of nationalistic fervor connected to the 65th anniversary of the defeat of your imperialist grandparents at the end of the bayonets of the mighty Soviet forces. Hammer and Sickles are everywhere, as is what would appear to be piped-in military anthems; they are, in fact, the Kazakh Top 40 of the last few decades. Most people possessing any sort of awareness of Kazakhstan at all do so from the film Borat, and this is because imperialist Westerners are also decadent and lazy, gleaning their historical information from cheap entertainment and absent gossip. The culture of Kazakhstan, unlike that depicted in Borat, is in no way Balkan and neither is its music. First impressions mean little when absently assessed.

Look at the career of BLACK EYED PEAS. It’s hard to believe, but a decade ago the “My Humps” hitmakers were rather poorly selling, and heavily pushed by critics for the perceived consciousness of their message. You know, critics at the time were getting a lot of discs in the mail and quite a bit of contact from PR companies – you can’t expect us to listen too closely when others provide the privilege of summarizing our probable assessments. Whatever one may think of the Peas, truly conscious of anything but societal position they never were – headman WILL.I.AM is highly cynical and terribly astute, as any aging hitmaker must be. One wonders, what with the business of his schedule, if his shark-jumping DJ appearance at Weekend tonight is going to be little more than the sort of public appearance members of The Hills cast used to do at Japanese nightclubs. Or will Will let his soul hang out, sharing with us the depths of his personal taste as programmed into his iPod by an assistant?

That said, anti-slickness can be just as cynical as the BEP’s Forever Current vibe, but cynicism can be bracing when coming from the honestly nihilistic, and while I’ve never seen a show by either the BLACK LIPS or KING KHAN & BBQ that offered the scatological free-for-all their reputations have promised, the slapdash, semi-off-center approach of their post-garage rock does hold a live appeal, even if I can’t recall offhand the melodies to any of their songs (that said, I’ve seen both acts lead many an audience sing-a-long). ALMIGHTY DEFENDERS, their merger attempt at an Emerson, Lake and Palmer supergroup, aims to be more than the sum of its parts but might be more accurately described as exactly the sum of its parts. Perhaps if they started stabbing their instruments with cutlery… ELP isn’t considered punk, why exactly?

In Kazakhstan, I’ve been eating a lot of shashlik. In fact, that’s just about all I’m given the opportunity to eat; my pores are currently more blocked than Leningrad during the siege. As for the meat offered by WOLF AND LAMB label, it’s very much in the au courant house music vein, meaning 15 percent more soulful than techno, 30 percent less soul-signified than Black Eyed Peas. But at this point, soul is such a cliché that it exists to be trifled with. That doesn’t mean it can’t be consumed – just look at the wolves and lambs I gulped down at dinner last night.