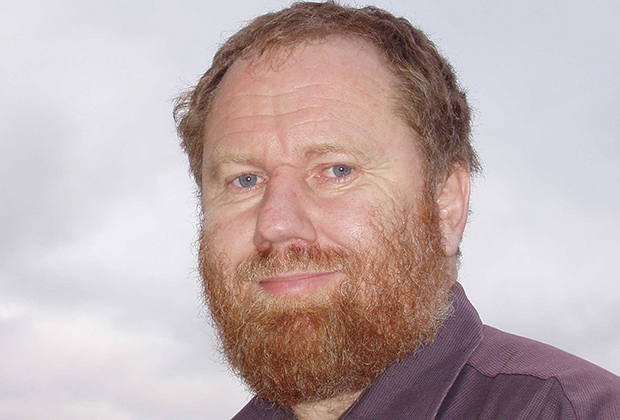 Thirty-two years ago, Norwegian journalist Jørgen Johansen published an article on secret US military bases in Norway, landing him an arrest on espionage charges. The government accused him of stealing clasisfied documents. Yet, unlike most whistleblowers, he didn’t use classified info or hacked data. Instead, he used public records which he systematically compiled and analysed.

Since his aquittal, he’s been prolifically publishing works on resistance and nonviolent development of democracy. He’ll be in Berlin at the Disruption Network Lab event SAMIZDATA: Tactics and Strategies for Resistance (also featuring Jacob Appelbaum) on Sat, Sep 12.

You’re speaking at a conference about resistance. What’s the best way to resist as normal citizens?

Companies depend on consumers. I see our role as consumers as a powerful tool for resistance. We’re well aware of physical boycott campaigns, but these could be done sophisticatedly online as well. And there are more and more people out there taking the law into their own hands. They do it because they think that is the right thing to do, and it seems like they’re getting more and more support for these actions.

Have you lost your faith in the state?

Well, they are always lying to us. They’re doing things they don’t want us to know about. That’s why I have very little respect for the state.

Do you believe in violence?

I’m not 100 percent pacifist, but I see violence as counterproductive. If you have a different idea about how society should develop, then you must also have different ethics. In our post-digital society, there is much we can achieve.

If the government wants to track me, they will. Why should I even try, say, encrypting my data? Won’t that just make me a target?

You are playing their game by being an obedient consumer that serves as a puppet in the world. As a human being you have two options: be a part of the solution, or a part of the problem. There’s no way you can just be an observer. You have to make a decision for yourself and that decision should be to oppose surveillance mapping your life.

The state can use these tools against us and we’ll have very little to stand up against them with if our lives are completely mapped.

But why should I care about resisting the state if I’m doing nothing wrong?

Of course maybe someone else is doing something the state regards as wrong. If you are a person who thinks the world should be better, you must act in a way that gives the opposition movements around the world the possibility to do their jobs. If you’re just an obedient consumer or an obedient citizen, you’re letting surveillance continue on those who really have something to hide because they are the state’s opposition.

What’s the simplest way for people to start?

Google which companies are the worst ones when it comes to surveillance incorporation with the state. Then avoid them.

I was never on Facebook and I survive fine.