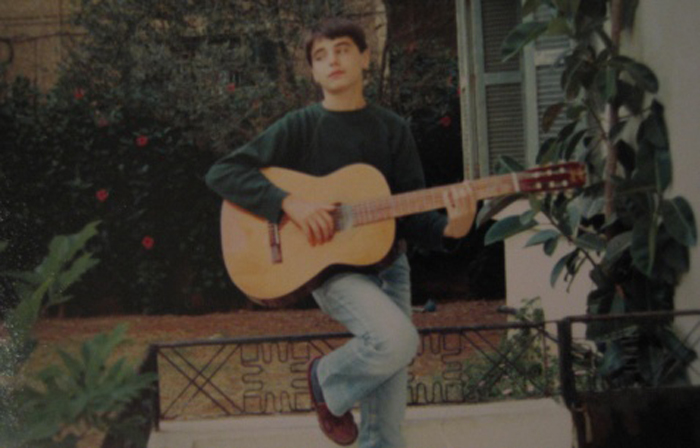 The series Projects has been around in various different forms. Established at The Museum of Modern Art (MoMA) in 1971 “to present work by emerging artists and to bring reactionary, avant-garde art into the context of the museum” it was renamed, in 2006, the Elaine Dannheisser Projects Series in honor of Ms. Dannheisser, a longtime collector of contemporary art who donated most of her collection to the museum after her death in 2001.

Projects is back. Beginning its new run at both MoMA and MoMA PS1, the newly resurrected series kicks off with Projects 101: Riding on a Cloud by Berlin-based Lebanese artist, actor, and theater director Rabih Mroué.

The live performance tells the story of Mroué’s brother, Yasser, who was injured during the civil war and lost the ability to recognize friends and acquaintances in photographs or other visual representations, while still able to recognized actual objects. As a way of dealing with this condition, Yasser’s doctor advised him to videotape and photograph his surroundings in an effort to retain an understanding of images and, ultimately, reality.

This intensely personal work performed by Yasser himself, merges visual art, performance, and theater. Built on a mixture of fact and fiction, prerecorded video and spoken word, the 65 minutes performance brings imagery and experimentation into play with powerful cultural commentary and blurs the boundaries between lived experience and representation.

Currently based in Berlin, Rabih Mroué studied theater at the Lebanese University in Beirut. He has participated in numerous festivals and exhibitions, including the 11th International Istanbul Biennial, Documenta 13, the 2009 Sharjah Biennial, and the 2006 Biennale of Sydney.

His work The Fall of a Hair: Blow Ups (2012), which investigates the use of cellular phones in documenting the Syrian revolution, is currently on view at MoMA in Scenes for a New Heritage: Contemporary Art from the Collection.