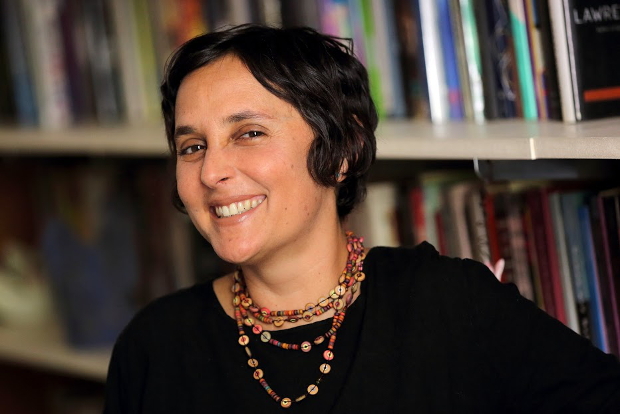 Given that hacker types appear to have intervened in the US presidential election to help hand over the world’s most powerful country to a fascist, some people might say those secret bastards tapping in the dark have something to answer for. Striking out for a libertarian information utopia suddenly becomes a lot less “progressive” when it opens the door to the White House for someone capable of inflicting massive suffering on the most vulnerable people in his own country and burning down the planet.

Not that the community known as “Anonymous” was responsible either for the attack on the Democratic National Convention or Hillary Clinton’s email fiasco (Wikileaks, probably with Russia’s help). But what have they got to offer now that the world is facing an all new terror? And do they give a shit?

A good person to ask such questions is Gabriella Coleman, anthropologist, Wolfe Chair in Scientific and Technological Literacy at McGill University, and author of two books on hackers: Coding Freedom: The Ethics and Aesthetics of Hacking, and Hacker, Hoaxer, Whistleblower, Spy: The Many Faces of Anonymous. I spoke to her at this weekend’s Disruption Network Lab where she moderated a discussion about hacking and whistleblowing.

Are Anonymous on the non-fascist side?

The name is currently used for more left-progressive causes, but the roots of Anonymous came from anonymous imageboards – 4chan and 8chan – and those boards are currently the epicentre for the internet alt-right. They’re not using the name Anonymous, but they are certainly engaging in what they call meme warfare, and they have been really successful in using internet memes to attract a young breed of transgressive conservative figures. They haven’t been actually been hacking though. I think that the meme culture can be used for progressive and non-progressive ends. It’s a marketing device, and the alt-right is currently commanding meme culture.

Is there a far-right version of Anonymous?

Not that I know of, no. But could they take over Anonymous? Yeah. Anonymous is flexible enough that if this alt-right started to publish videos with the Guy Fawkes mask and called themselves Anonymous and got enough followers, that could happen.

But why isn’t Anonymous fighting the alt-right more?

For one thing, Anonymous has never been particularly strong in the United States. The centre of gravity was always Europe, Latin America, with some big figures coming out of the US because it’s just a very big country. But once the mass arrest of hackers happened there, a lot of the US-based activities around hacking died and continued strongly elsewhere. There aren’t that many American hacktivists.

People are really scared now. What role can hackers play against a rise in populism?

I think the fear is correct. I think there will be a continued role for hackers of leaking information. They’re the ones who are willing to break into systems. It is going to be a kind of war between those doing it for conservative purposes versus progressive purposes, whereas before it seemed like only progressives were doing it. Now it’s also clear that states are willing to get into the mix. There is a sense of urgency, but the solution of what to do and how to do it is not going to come about easily. It’s going to come about, as it often does, in the direct action communities. There are hacker communities that are redoubling their efforts around privacy tools. I think everyone is still just readjusting, because a lot of people didn’t expect Trump to win – and a lot of people didn’t expect how it’s caused people to be very open about their hate and racism.

But hasn’t online anonymity opened that door too?

But they say those things in non-anonymous conditions too. I agree that anonymity does encourage that for some groups of people, but if people are spewing this stuff anonymously, it’s a good barometer that we’re doing something wrong in our society. And just stamping out anonymous speech will only repress it, and it’s going to come back. The better way to treat it is as a barometer of society to show that our society is messed up, and you have to fix those things in the schools, in communities. For me, stamping out anonymous speech is putting on a band-aid when you need surgery.

So what’s currently going on in the hacker community in the aftermath of the Clinton email fiasco?

There has been some overlap between Wikileaks and Anonymous in the past, but there has been a lot of criticism of what Wikileaks did, not by releasing the emails – people felt they should be public – but by the timing of the leak. They lost a lot of support among left-progressive hackers. But it’s divided. And I still worry that a lot of the hackers are not in the US – for them, the US is the imperial nation, why are they are going to swoop in and take down this evil president when the US has actually done harm to Latin America? I’m not entirely certain that these non-American hackers will rise to the challenge. And in Russia, the hackers enjoy near total protection from Putin as long as they don’t do anything in Russia.

It’s a bit scary when states get involved like this.

Yeah, it is. That’s why when some people say hacktivists should stop these tactics, I say if we stop these tactics, we just relinquish them to the states, and they will not stop using them. So you might as well have scrappy groups hitting governments or corporations striking some fear in them.

Can I join Anonymous?

Sure, a lot of them are not technical. A lot of them have been journalists, or unemployed, or Buddhists. I don’t see a particular profile for Anonymous members. The hackers themselves are all male, but among the wider Anonymous community – the organizers, video-makers, the manifesto writers – it’s very diverse along class and ethnic lines. In the DDoS [distributed denial-of-service] operations, they’d be contributing their computers in support, or spreading the word, or writing collaborative documents. It drew on a lot of geeky types, but not super-technical types.

So how would I join?

It’s got a lot more difficult recently. There used to be a lot of stable places, chatrooms and chat channels, but because of the crackdowns things moved underground, and they became more fragmented and smaller. Now you’d probably start by creating an anonymous Twitter account, you’d follow other anonymous Twitter accounts. You might start direct-messaging people. There are some public chat channels, but then people would have to invite you to private channels.

Do I have to bring my own mask or do they give you one?

The mask is not provided.