It’s the most-watched show about trains in the world, with over a million Germans tuning in 12 times a week. And even two years after the retirement of its cult presenter Hagen von Ortloff, Eisenbahn-Romantik has continued right on track. 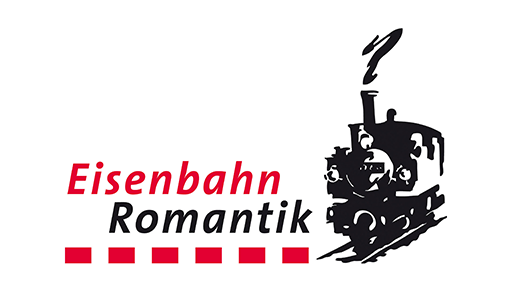 The 99 class eight-wheeler steam locomotive hurtles full throttle on its 750mm narrow gauge track into viewers’ living rooms. The nostalgic, jazzy tones of Wes Brown’s “Sentimental Journey” seduce German train lovers into another soothing episode of their favourite show, Eisenbahn- Romantik. Only one thing has changed in the format of “Railway Romantic” over its 26 – year history – its founder and cult presenter Hagen von Ortloff hung up his conductor’s cap in 2015 upon turning 65. Eisenbahn- Romantik now runs on autopilot, without its guru’s polished Prussian dome and baritone High German nursing its million-plus train freaks through their daily iron horse “trips”.

Forty years ago, Von Ortloff filmed his first railroad, as a TV journalist for the children’s programme Durchblick. “I made a 90-second film about a model railway club in Winnenden. It’s still there today,” says the 68-year-old on a visit to Berlin from his home near Stuttgart.

Encouraged by Mechthild Albus, producer at public broadcaster SDR (nowadays called SWR), the lifelong train enthusiast finally let his railway genie out of its bottle in 1991. “She challenged me to come up with a show that would bridge a dead spot between two popular afternoon programmes. The name Railway Romantic was already in my head, and so was ‘Sentimental Journey’. Colleagues laughed. No one expected the show to survive. That’s something I am a tad proud of,” says Von Ortloff.

In the first half-hour episode, Von Ortloff portrayed Das sauschwänzle Bähnle (“the sow’s lil’ tail railway”) on Germany’s Swiss border, famous for corkscrewing over itself six times via tunnels to gain altitude. And just like that train, Eisenbahn-Romantik’s viewer base of German train fanatics climbed higher and higher. “The show’s a product of outrageous fortune. We had no money. We used federal railway archive footage for early episodes. And we still outrated the programmes we were meant to link!” says Von Ortloff. In 1993, SDR gave him a regular weekly spot and a €200,000 budget.  “We spent the money like it was our own,” Von Ortloff recalls. Today, the show’s budget is €250,000. Subsequent episodes have focused on railway repair depots, specific lines such as the “Wonder Train” from Nice to the Maritime Alps, locomotive types like the “Crocodile” and model railroads. Politics aren’t avoided:  Von Ortloff made no secret of his fierce opposition to the controversial “Stuttgart 21” project, which converted the city’s terminus into a run-through underground station. The former presenter is particularly proud of the 1990s episodes about the GDR’s Deutsche Reichsbahn.  “We focused on the closure of lines like the one from Velgast to Tribsees in Mecklenberg-  Vorpommern. That’s history now. And without history, there’s no future. But it’s preserved in the annals of Eisenbahn-Romantik.”

A whole industry has mushroomed around the show: a fan club complete with an online shop, a magazine and T-shirts; an Eisenbahn-  Romantik-themed hotel in Brandenburg; copycat TV programmes like Arte’s Mit dem Zug durch (By train through…). How did Von Ortloff stop all this attention from going to his head? He thanks the steadying ballast of his early life in Dresden in the German Democratic Republic. “I’m a born loser. The noble ‘von’ in my name went down like a lead balloon in the GDR. Thank God I left in 1960 when I was 11 years old. I quite like ‘von’ now,” he admits. He puts his success down to luck. “I was the right man in the right place at the right moment. I never believed the show would be such a success, not in my wildest dreams.”

Still, Von Ortloff doesn’t underestimate his own appeal as a presenter. “I’m always myself. I speak in a language that a grandma with six years of schooling can understand.  Nothing off-colour. Above all, respect. The show’s success is the viewers’ achievement. I am not arrogant. Well, a little bit. But there’s no reason to be,” Von Ortoff laughs.

He had groomed no heir apparent by the time he retired in 2015. “I jog six times a week. I’m as fit as a fiddle. I never missed an episode! That’s why there’s no crown prince.  Had my son been 22 he could have taken over, but he’s 11,” smiles Von Ortloff. And because “two different frontmen presenting the same programme would confuse viewers,” he was never replaced. Longtime Eisenbahn-Romantik narrator Joachim “Jo” Jung now gives railway junkies their iron horse hits tucked out of sight behind a microphone. “Jung’s a good speaker. Better than I am,” says Von Ortloff.

In Jung’s hands, the show has continued without a hitch. “The show runs repeat episodes from Monday to Friday, at 8:20am and 2:50pm. New episodes appear on Saturdays and are repeated on Sundays. That’s 12 shows a week with a million viewers per show,” says Von Ortloff. Who are these fans? “They’re mainly men. Their wives are backseat spectators.  But many wives often tell me they would be ‘all aboard’ for any train tour I guided. They appreciate becoming part of the ‘big picture’ they would otherwise not understand.”

Where to now for the cult programme with its guru in retirement? “It’s got themes for the next 50 years. Railway bridges alone could keep it going for 10 years! The railway world is big, far too big,” Von Ortloff says. For his own part, the ex-presenter has “projects to keep me busy till death do us part.” He still organises the annual “International Railway Modelling Day” on December 2 of every year. And the odd Eisenbahn-Romantik special tour.