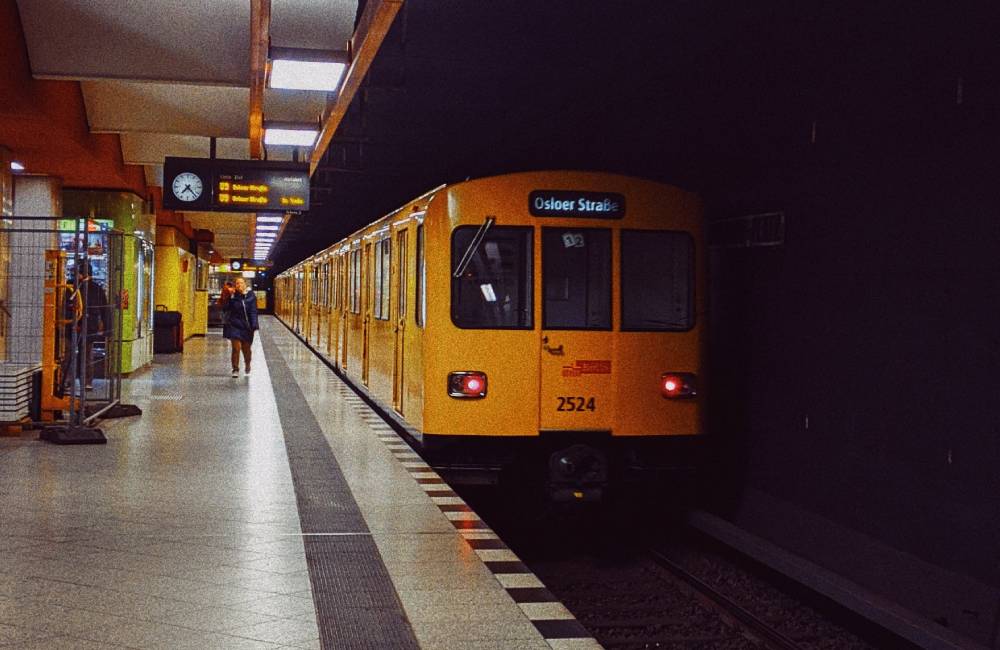 All week, public sector workers in Berlin are going on strike. This includes nurses, bus drivers, street sweepers and more. They have support from an unexpected place: the climate movement.

Yesterday, workers at Berlin’s public transport company, the BVG, were on strike. Most subways, trams and busses didn’t run from the beginning of the shift at 3am until noon.

And they weren’t alone. Yesterday and today, about 400 workers at Berlin’s biggest hospital, Charité, also walked out. They have received endless recognition for their sacrifices to fight the pandemic, but so far, only in the form of applause. They are demanding raises.

Street sweepers from the waste management company, the BSR, went on strike on Monday. The list will grow for the rest of the week.

Is a strike wave passing through the city? Jein (yes and no). These actions are all part of the same strike. All these workers have the same union contract, the Collective Agreement for the Public Sector, or TVöD. The TVöD covers all employees of Germany’s federal and city governments (employees of the Länder have a separate contract).

The TVöD is renegotiated every couple of years. The trade union ver.di is demanding wage increases of 4.8% across the board, with at least an additional 150 euros per month for every worker. In many ways, this is the same procedure as every year: government ministers (the employers) and union bosses (representing the workers) make a big show of bitterly arguing. But then there are exactly three rounds of negotiations, and at the end of the third round they announce a compromise, usually a wage increase hovering around the inflation rate. Tens of thousands of workers take to the streets to demand more respect, but the union bosses limit these actions to a few hours each. As a result, nothing much changes.

This year, though, a few things are different. People around the world are noticing that healthcare workers need better wages and working conditions. Even before Covid-19, Germany’s hospitals were dangerously understaffed. At Berlin’s public hospitals, it is not uncommon for a single nurse on the night shift to be responsible for an entire station with 30 patients.

Non-medical personel — cleaners, cooks, technicians, and other workers no less essential to keep a hospital running — are also calling for change. At most of Berlin’s hospitals, these workers are outsourced and have precarious contracts (which is why they’re currently not covered by the TVöD). These workers have been going on strike for years, demanding the same pay as other hospital workers.

Finally, the 14,500 workers who keep the busses, subways, trams and ferries of the BVG running might have the worst jobs in the city. The problem isn’t just the low wages — the highly irregular shifts make it almost impossible to have a normal life. The next time you wonder why your bus driver is so angry, imagine that they might have started work at 5am, worked for five hours, then had a four-hour “break” in the afternoon, then worked for four more hours, only to come home at night. As I’ve reported with interviews with BVG workers over the years, the company’s social media team might constantly emphasise that they love us — but they don’t love their employees.

The TVöD negotiations affect all of these workers — including all 87,000 workers at public transport companies across Germany. A group that has never had much to do with union struggles are taking to the streets in solidarity: Fridays for Future.

Last Friday, young activists organised a Global Climate Strike with actions in over 3,000 places — including a socially distanced rally at Brandenburg Gate. We often see conflicts between the climate movement and the workers’ movement, as union leaders try to protect earth-destroying jobs in coal mines or auto factories. But now, climate activists have been expressing solidarity with the BVG strike. On Tuesday afternoon, Fridays for Future Berlin organised a bike demonstration to support the transport workers and healthcare workers on strike.

What do working conditions at the BVG have to do with the climate? Everything. Transport is responsible for about 20 percent of Germany’s CO2 emissions, and private cars make up most of that. Big auto manufacturers are promising self-driving electric cars, as if building them won’t consume enormous amounts of resources and energy. The simple fact is we already have vehicles that rely on electricity and don’t require an individual driver — they’re called trains.

Investing in public transport is one of the most effective ways to lower CO2 emissions. You could immediately reduce Berlin’s CO2 footprint by making all trips on the BVG free (including for bicycles).

But the political parties and the big corporations are not offering anything like the kind of emergency measures we need to reduce climate change. The Green Party, for example, is happy to talk about a “climate emergency” — and at the same time they are currently attempting to privatise the S-Bahn. This would inevitably worsen public transport and increase the number of cars on the streets. And the same is true for Die Linke, unfortunately. Some Left Party activists have been expressing support for the strikes, which is great — but it was their party that imposed wage cuts at the BVG and outsourcing at the hospitals.

Looking at the earth’s climate, it is easy to feel despair. Even though climate change has been understood for decades, and politicians have made plenty of solemn promises, CO2 emissions increase year for year. And each year, new catastrophes — like the fires on the West Coast of the US — show us what the future will be like.

Politicians and capitalists seem totally helpless to avert a global disaster. Yet there is one group of people who could change things: workers! Workers could make public transport free tomorrow, or they could stop the production of diesel motors in a second. It’s all a question of organisation. That’s why it’s such a hopeful sign that the climate movement is turning to the workers’ movement.