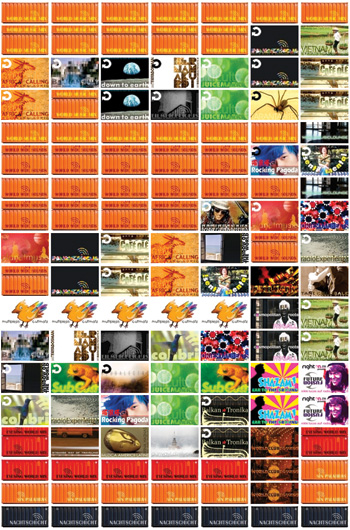 At one time, had you removed the international music section from any given record store (for those of you who still visit those old museums), a small horde of concerned fans would have decried the loss of an important slice of musical culture. This is what happened when Radio Multikulti disappeared in 2008. But now, Berlin’s one and only authentic forum for “world music” – by now an expletive that doesn’t do justice to a vibrant, internationally minded local music scene that thrives off small clubs, alternative DJs and underground bands – is back in the form of the privately funded “Radio Multicult”. For 14 years, Multikulti, which was run by public broadcaster RBB, provided an essential service in that it supported myriad subcultures ignored by mainstream Berlin stations. Still, despite widespread protest and petitions from the likes of CDU MP Rita Süssmuth and famed Russendisko DJ/author Wladimir Kaminer, the plug was pulled on the station, whose market share had dropped to a mere 0.8 percent and 38,000 listeners a day: the cash-strapped RBB had decided Radio Multikulti didn’t have a big enough audience base. Multikulti’s Berlin frequency was taken over by Funkhaus Europa, a quality world music station from Cologne – with great programming, but entirely lacking a connection to the Berlin scene. Why revive Multikulti as Multicult now, after ‘failure’ in 2008? Clemens Grün, music director of the new station, just feels that Berlin needs something like this: an arbiter of Balkan wave, Cuban, Latino, afrobeat and other international sounds to make the city’s multikulti claims truly valid. RADIO MULTICULT starts broadcasting on September 1 over 88.4 and 90.7 FM – together, these two frequencies cover all of Berlin. For more info and to listen online, visit www.multicult20.de