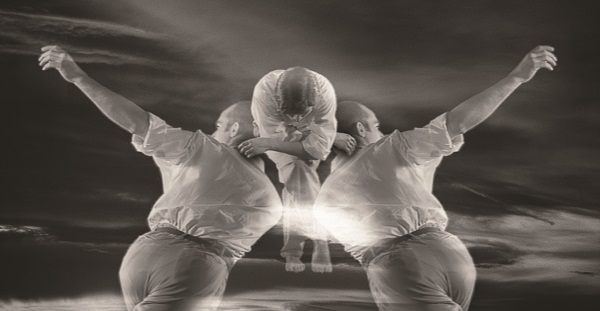 Since the 1970s, Butcher has worked on the border of dance and visual art. She created some of the first installation dance pieces, and she prefers to present in galleries instead of traditional theatre spaces. Her style is sculptural, pared-down and cerebral, deeply influenced by her time in New York City in  the late 1960s and early 1970s. There, she  was exposed to the ideas of the Judson  Dance Theater – namely, that dance could be everyday and non-theatrical. She visits the 27th annual Tanz im August festival with a retrospective called Memory in the Present Tense, which includes two pieces from the archives, two new works and a gallery exhibit.

You were one of the earliest choreographers to use video, as in 1995’s After the Last Sky, one of the works coming to Berlin. After the Last Sky is a piece on four screens in a square, which you watch from the middle. Viewing motion, movement and dance in that way was quite unique at the time. I was trying to move away from live performance, and I was interested in dealing with time on film. Somehow dance seemed quite a static medium to deal with more serious subjects.

The other work being remounted is 2000’s Scan. What’s it been like to revisit that piece? All four dancers are from 15 years ago. They’re getting it back together from their memory, from their notes and from video. We were rehearsing this week and they could still feel it in their bodies, which was amazing. It took me back in time. This was the last of a series of quite physical, vibrant, technical pieces, which I then moved away from. I do recognise that I made it, but I just can’t remember quite how I put it together.

It was inspired by a book about medical imaging… It’s about how you perceive yourself, about looking at yourself through an x-ray. It’s connected to the interior of the body. So in that way it is quite visceral, very close to the audience. In order to really get the weight, and the sense of exhilaration, and the change in mood and atmosphere, the dancers are always in contact with someone else. There are no solos. Everything is instigated by another person.

You’re also presenting a new piece called The Test Pieces, which you created last year in Munich. How are you reworking it for Berlin? It’s turning into another piece. It won’t ultimately look extremely different, but for me  it will have a different resonance. It’s a piece about making decisions, and that will still be very evident. It’s about ideas of theoretical architecture, where you’re working on all the things that present themselves in the building, but you never present the building itself.

Your work attracts both visual art and dance audiences. Do they react differently? Even early on, it seemed visual artists understood my work. The visual artists could look at it as a piece of art, whereas dancers wanted to dissect it into recognising the steps. Dance audiences get tied up trying to find direct meaning. Visual audiences can watch what’s going on in front of them and let the idea spread and develop. The Test Pieces is one you just need to watch and let flow in front of you. You shouldn’t expect a conventional structure. It’s almost like watching the sea, or the tide – being engaged in the notion of the movement.