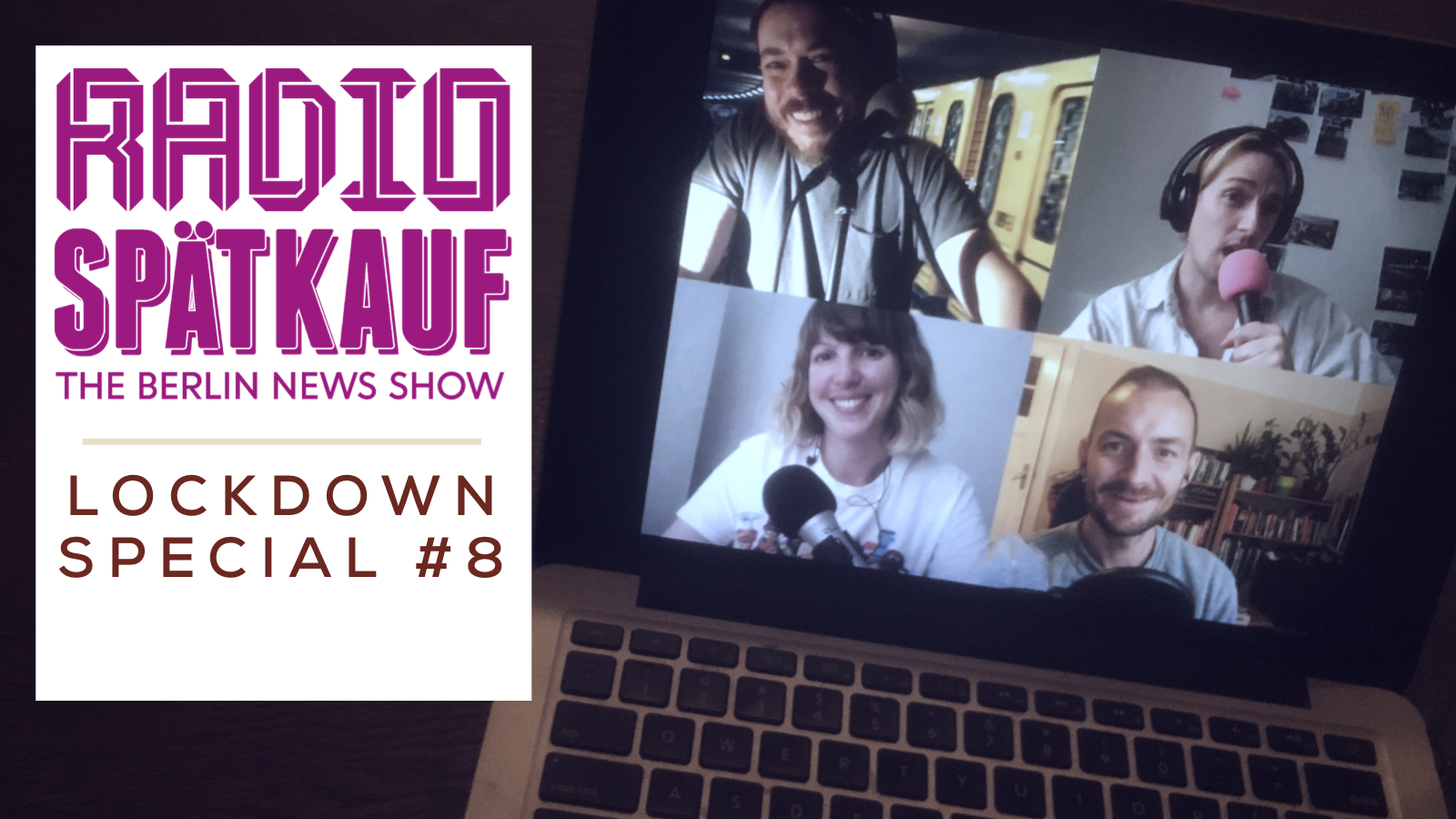 Almost everything is open again, but the crisis isn’t over. 30 percent of Berlin workers are now jobless or on Kurzarbeit suspension. Many cafes, shops and big businesses have closed. Maisie tells us about job hunting following her return to Berlin.

Corona rule confusion continues. Masks must be worn in supermarkets but not gyms. Customers mask up in shops but not staff, but in restaurants it’s the other way around. And now a court has invalidated some of the fines handed out for non-distancing.

The BVG’s sporadic automatic door opening policy is also confusing. Joel’s annoyed about touching dirty buttons unnecessarily. Do some drivers forget sometimes, or are they on a door-opening strike?

Amid anti-racism rallies in Berlin, a new law has been passed. It’s now easier for victims of racial profiling to lodge complaints. Officials can’t discriminate against you for any reason – including poor German language skills.

With concerts still banned, there’s only one way to enjoy live music. Dan attended an individual performance by violinist Diana Tischenko, organized by 1:1 CONCERTS. Find out more at http://1to1concerts.de