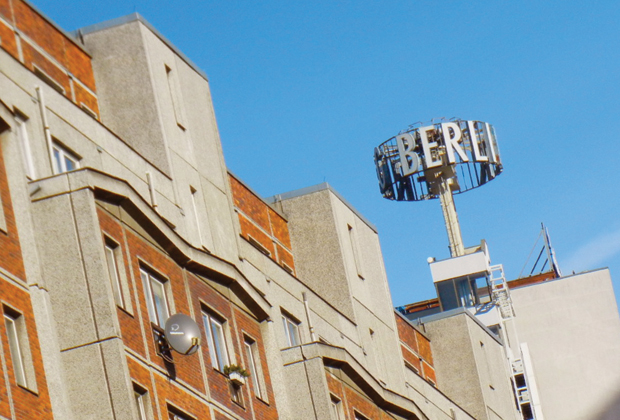 Chalk up another victim of Berlin’s gentrification: Karl Marx. The old man and his disciple Frederick Engels currently hold court in a large park between Alexanderplatz and the Spree River. But Germany’s secretary of construction, Peter Ramsauer (CSU), thinks the bronze sculpture has no place in the center of a modern German capital – no matter that the park is named Marx-Engels-Forum.

Ramsauer wants the pair evicted to a cemetery out east in Friedrichsfelde to watch over fallen Communist heroes like Karl Liebknecht. Politicians on the left are outraged. State secretary for culture André Schmitz (SPD) accused Ramsauer of turning the cemetery into “a socialist petting zoo”.

Ramsauer’s not alone in trying to erase awkward reminders of Berlin’s commie past. Hubertus Knabe, director of the Berlin-Hohenschönhausen Memorial, recently called for a ban on all communist symbols. The sale of hammer-and-sickle t-shirts, he says, is “not only tasteless, but violates the dignity of the victims of this dictatorship”.

The problem is that tourists love wearing those t-shirts, especially while sitting on Karl Marx’s bronze lap. It’s unlikely that relics of East Germany will raise the vile and discredited regime from the dead, so what is it about these symbols that still gets under some people’s skin?

The campaign to erase physical evidence of East Berlin’s years as capital of communist East Germany began soon after reunification, from changed street names to the demolition of the Palast der Republik.

While everyone loves our iconic TV Tower, few realize it was part of a now-lost ensemble of buildings including the Palast and an office tower that once stood across from it. The heart of the ensemble was Marx-Engels-Forum. Before World War II, this area was a dense, historic neighborhood known as the Holy Ghost Quarter.

East German planners cleared the old houses along with the former Stadtschloss, wiping the slate clean to build a workers’ utopia from the ground up. The East Germans could get away with that kind of bold, large-scale planning, unhindered by irritants like private land ownership.

Absolute power may corrupt, but over centuries, it’s also produced some brilliant architecture. It’s no coincidence that the Stalin-era housing on Karl-Marx-Allee would have fit perfectly into Hitler’s grandiose version of Berlin.

This brings us to the lowly Plattenbauten, aka the ugliest buildings in the world. After Stalin’s death in 1953, East German planners took a new approach to the enormous housing shortage: mass production. Aesthetics went out the window.

Instead of bricks and mortar, they screwed together pre-cast concrete panels. Whole bathrooms were built in factories, then lifted into place by cranes. The flats had central heating and modern plumbing when many West Berliners were still shoveling coal and sharing a toilet in the stairwell.

The genius of post-Stalin-era East German buildings lay in their standardization and flexibility. The concrete panels could be shaped into 20-story towers or low-rise housing blocks, schools, hotels or grocery stores.

There were whole Plattenbau neighborhoods, like Berlin’s notorious Marzahn. In Pankow, there’s a little-known district of identical factory-built Bauhaus-inspired embassies. By 1990, they’d built over 1,200,000 Plattenbau housing units and were just hitting their stride.

Plans called for great swathes of Mitte to be cleared for more Plattenbauten. But now the tables have turned. Despite modern renovations, thousands of apartments in outlying districts sit empty. Blocks of Plattenbau housing in high-rent zones near Friedrichstraße and Alexanderplatz are slated to be torn down.

Why are Plattenbau buildings so unloved? For one thing, they’re just plain ugly, despite efforts by their designers to doll up the concrete panels with patterns, colors and that distinctive pebbled finish.

But there’s something more discomforting, even subversive, about these structures. The stacks of factory-built boxes for eating, sleeping and shitting challenge our cherished fantasies of individualism and uniqueness.

Artists Harry Sachs und Franz Höfner nailed this trait in their 2006 installation Honey Neustadt – six miniature Plattenbau buildings with functioning beehives inside. But the ubiquitous and durable Plattenbauten will have the last laugh. They’ll outlive us all, standing ready to welcome the next generation of obedient worker-shoppers.

Sven Eggers will lead a tour of GDR-era embassies in Pankow on March 27. For details, visit www.buero-schwimmer.de