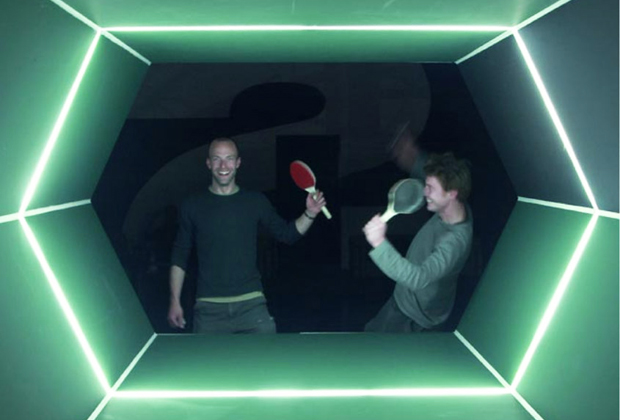 Germans are fanatical about their Sportvereine, where members go all geared up to (in utter earnestness) bat around a table-tennis ball for an hour, then sit in a sauna, then take a shower. The ping-pong tables dotted across the city parks offer a more leisurely approach, but most of the year it’s just too cold for that.

And so, a decade or so ago, Berlin’s unique Tischtennispartykultur was born, freeing the sport from the Sportverein-ghetto: Ping Pong Country merged table tennis with Hank Williams; NBI club put a table in the back room; and, of course, Dr. Pong turned ping-pong into a nightlife institution when it opened six years ago.

The party has since spread internationally and this five-day Pongress, a self-declared celebration of “music, drinking and table tennis”, brings together seven ping-pong bars/clubs from Germany, the UK and the US. The locals and visitors will take turns hosting the event at Atelierhof Kreuzberg. So this is your chance to see how differently the pong culture has evolved in different countries and continents.

In London, for example, the noble sport has been given quite an aggressive facelift as you will discover in the game Killer King Pong, whereas the transatlantic visitors from DC are being a bit more relaxed about the whole thing and focus on the artistic possibilities.

But fans of the old school Rundlauf fear not. Ping Pong Newcastle will be hosting an event with this German classic, although in a slightly updated version. Apart from the daily specials there will also be an exhibition in the Atelier featuring contemporary ‘pong art’ by the participants, including documentary material on the glorious history of ping-pong partying and a 3D table tennis tunnel that you do not want to miss! The party plans include DJs, discussions, contemporary art and, naturally, endless rounds of Rundlauf. So grab your Schläger and “pong till the break of dong!”