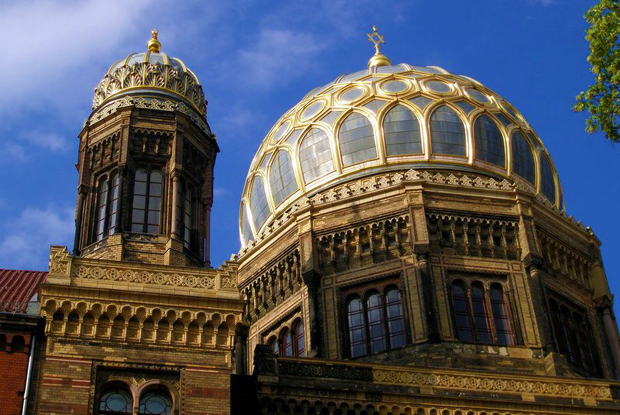 In the middle of the night, while the moderators were dozing, the death of Robin Williams, of all things, inspired a barrage of anti-Semitic comments on Zeit Online, the digital sister of one of Germany’s most esteemed weekly newspapers.

That was one of the milder of dozens of comments copied off of the Zeit Online site by Henryk Broder and pasted into his blog Ach Gut (Axis of good). Perplexed about why Robin Williams’ death would unleash such vitriole? It’s all part of the “new anti-Semitism” that’s been rearing its ugly head since the Israeli offensive against Gaza began in July.

Henryk Broder is Germany’s most prominent Jewish journalist, a skillful polemicist and house columnist at the conservative Springer Verlag. For the last decade or so he’s been propagating the theory that German left-wing critics of Israel are nothing but anti-Semites in disguise. Two years ago, I had the dubious pleasure of interviewing Broder about his book Forget Auschwitz. He hung up the phone when I suggested that left-wing anti-Semites were far from the German mainstream: “You know, I’m not in the mood for this talk. When you talk about “mainstream”, all I can say is: the Nazis weren’t mainstream either. Only a third of Germans voted for them… I don’t feel like answering your stupid questions any more!” CLICK.

There has been more public anti-Semitism in Germany since the beginning of the new Gaza war. Abhorent anti-Semitic slurs have been heard at anti-Israel demonstrations in Berlin and elsewhere. Things like:

Meanwhile, in the Al-Nur mosque in Neukölln, a Salafist imman reportedly said the following, “Allah, destroy the Zionist Jews! They’re not a challenge for you. Count them and kill every last one of them!”

The President of the Central Council of German Jews, Dieter Graumann, said anti-Semitism in Germany was the worst it’s been since the Nazi era. Some German Jews reportedly feel unsafe wearing kippas or Stars of David. The head of Munich’s Jewish community, Charlotte Knobloch, even advised Jews to hide symbols of their faith in public. And then, at the beginning of August: a synagogue was firebombed in Wuppertal, allegedly by Palestinian youths.

The lovable, sharp-tongued Spiegel Online columnist Sibylle Berg even made a comparison to the beginnings of the Holocaust under the Nazis: “It began just like this. Jews were scared of being recognised, of saying one single wrong sentence. Their shops were destroyed. You know the rest.” Overinflated? Absolutely… but there’s a grain of truth in there.

Of course, German politicians have diligently condemned every case of anti-Jewish sentiment. But, as Dieter Graumann asks, “Where are the normal people in the country? Why isn’t there a wave of solidarity in the face of this wave of anti-Semitism?”

Or as Broder put it: “‘We Jews’ would already be happy, if at least as many people had gone on to the streets as they had to demonstrate to save the hermit beetle near Stuttgart main station.” (Note the reference to insects, reminiscent of Nazi talk of “Jewish vermin”.)

Which brings us to “the Germans” and anti-Semitism. Of course those anti-Jewish slogans overheard at demos were all uttered by young men with “Arab immigrant backgrounds”. Of course, very few “bio-Germans” as the media now blithely refers to white Germans, were present at the demos. The immigrants are to blame. Not “real Germans”.

The conscientious German must tread a thin line: criticise Israel and you could instantly get labeled a Nazi. Criticise Arabs in Germany and you risk being pigeonholed a Sarrazin-style right-winger.

Is there an anti-Semite – or, for that matter, Islamophobe – lurking inside of you? Maybe every German and every European should honestly ask themselves that question. It’s easy to get fired up about Israel and Gaza, to make comparisons to Apartheid or even the Third Reich.

Whatever happens in the Middle East, Germans need to take a stand against anti-Semitism – and Islamophobia – at home.