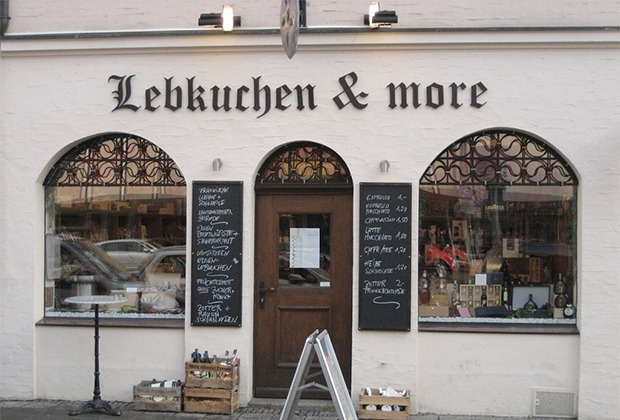 I am probably going to get called a Nazi or someone with First World problems for just bringing this up. But please hear me out: All summer long nothing has annoyed me more than bastardized, brutalised, sliced and diced, Germanised English and anglicized German spreading virally across Berlin.

Sign on a lampost: “Sing a song. Be happy.” An ad for a German singing teacher. Ugh.

The German girls in the office chatting about the “Hotigkeit” (yep, hotness) of some young male intern or another.

Nearly every festival or event has some silly English name: “By The Lake“, “Down By The River“, “Forever Now“.

A German “lifestyle blog for yoga lovers and spiritual souls” is called Fuck Lucky Go Happy which recommends mantras like “enjoy the journey!” – spoken in English, to yourself, even if you’re German. New-age types seem to be especially guilty of shameless Denglisch.

Restaurants have names like Organic Glamour. A new place in Friedrichshain promises “plant based clean-eating”.

A dreadful French book on the German bestseller list has a dreadful English title: How To Be Parisian Wherever You Are.

If I feel like really getting into a tizzy, I visit this directory of anglicisms used in German – a true linguistic horror house.

After living here for 15 years, I’ve managed to become quite adept at speaking what was formerly known as the language of Goethe – made easier by the fact that I grew up in a German family abroad, of course. But now I feel I have to start again, with the new cräzy English-German. Learn how to casually pepper my talk with a shit or fuck or hey or too much in the proper German way – with the appropriate nuance, tone and Denglisch pronounciation. It’s really painful for me. I truly feel sorry for foreigners learning German from scratch now.

But WHY are Germans so turned on by this ugly, crap English? Funny, but I think it’s the same reason West Germans fell in love with Elvis 50 odd years ago: anything German can’t really be cool, Germany can’t really be hip or interesting or sexy… despite what the millions of global youngsters flocking to Berlin might think, despite Krautrock and Rammstein and Berghain and the Leipziger Schule and that weird Youtube guy, German culture and the language are just not interesting and valuable in their own right.

Don’t get me wrong. It’s not about upholding some imaginary purity of the German language for me. Languages constantly evolve and assimilate foreign words. I don’t get my knickers in a twist whenever anyone says “investment” instead of Anlage or “family” instead of Familie… just the sheer amount of English and dodgy English-German hybrids coming out of the mouths of Germans supposedly speaking German – thanks to generic, global internet culture – is totally out of control.

When is this going to stop? Will Germans ever speak reasonably “proper” German again? I want to just scream Scheiße! And don’t call me a Nazi because of it.