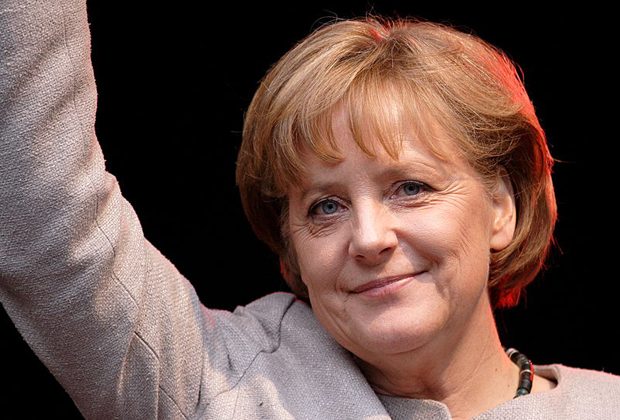 Today, no bullshit shall be spouted and I shall simply celebrate Angela Merkel’s 60th birthday by saying six nice things (one for each decade) about our leader – someone we always manage to bitch about the rest of the year.

1. She’s the first woman to lead Germany. Obviously. She’s also shown you don’t need to be a dogmatic, harsher-than-a-man conservative in the style of Maggie Thatcher to lead the mainstream right.

2. She’s brought the CDU into the 21st century. Same-sex partnerships (though not full-on marriage and adoption yet), expanded childcare, more parental leave for dads, the end of mandatory military service, the first female Defense Minister, Germany’s first minimum wage – these are all small but progressive moves that have happened or will happen under Merkel’s watch. Angie’s a mild conservative – she doesn’t seem to have a jingoistic bone in her body – and have kept right wing, xenophobic forces in the CDU/CSU largely at bay. No small feat.

3. She’s the first Ossi chancellor. She’ll also be the last, because only under Merkel has Germany really begun to unify – and people are now actually beginning to forget the difference between East and West. How much of this is Merkel’s doing? Probably not much. Much of the flattening of differences is just a matter of time passing. But one interesting aspect to Merkel’s eastern roots is the theory that she has actually imposed some of the culture of East German communism upon her beloved CDU – outlined here.

4. She leads by appearing to do nothing – just standing there calmly, hands in that rhombus formation. She has very little charisma, and lets others do the fighting. Very clever. Very fitting to her post-ideological stance. I suspect this leadership style promotes docilitiy in the population. But they appear to like it: Germans, as a group, are happier than in a long time.

5. For a world leader, Merkel is pretty modest. With the exception of those locker room pics with the Mannschaft at the World Cup, she’s not a show-off like many male politicians. Married to low-key quantum physicist Joachim Sauer, Merkel’s unlikely to embarrass the nation with a bunga bunga scandal. She’s celebrating her birthday with a sober lecture by a historian at the CDU headquarters.

6. Nonetheless, despite her image as a dour pastor’s daughter, Angie likes to burn the candle at both ends. While on foreign trips, she’s known to stay up drinking wine in the hotel till 3am, only to be fresh and ready to dive into work three hours later. That’s my kind of leader!