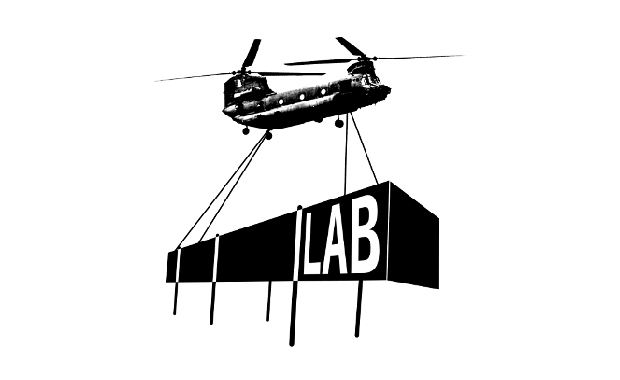 Actually, there is one thing I hate more: car corporations from southern Germany pretending to be interested in pressing urban issues.

And so it’s hard not to be a little bit happy about the news that “BMW Guggenheim Lab” had cancelled its plans to occupy the vacant riverside lot on Schlesische Straße after local groups threatened to vandalise the temporary building.

I recently browsed the Lab’s confusing website and grew even more resolutely anti. The site is one long litany of the tired design-art-architecture buzzwords of our era, like “lab” itself. The project describes itself as a “mobile laboratory traveling around the world to inspire innovative ideas for urban life.” Puke. The Lab Team is a four-person “cross-disciplinary”, “diverse” group that will “empower urban dwellers with ideas and tools.” Retch.

As is clear to all, the Lab is a sophisticated global branding campaign. BMW’s marketing director Uwe Ellinghaus spells it out in an interview with Manager Magazin: “With this Experiential Branding strategy, namely the BMW Guggenheim Lab, we want to appeal to those who might now even have a special affinity to the BMW brand – and possibly even those who display ambivalence towards cars.”

That sums it up.

But the Lab can still hide under the cover of arts and culture with the heady Guggenheim name attached. The museum itself will apparently host a final exhibition of the project in 2013.

I think the Lab will back-fire as a marketing strategy. No one will like BMW more because of it – at least not in Berlin. Once the Lab has rolled through town, not much “inspiration” remains other than some buzzword-packed “notes” on a blog – like these muddled texts that apparently sum up the New York leg of the project.

The Lab’s curatorial team is working round the clock to find a suitable location in time for its May 24 Berlin launch. Pfefferberg in Prenzlauer Berg is rumoured to be on the short-list – but already citizen’s group “Leute am Teute” based on neighbouring Teutoburger Platz is rallying the troops. Seems like Berliners won’t rest till the BMW Guggenheim Lab is chased out of town.