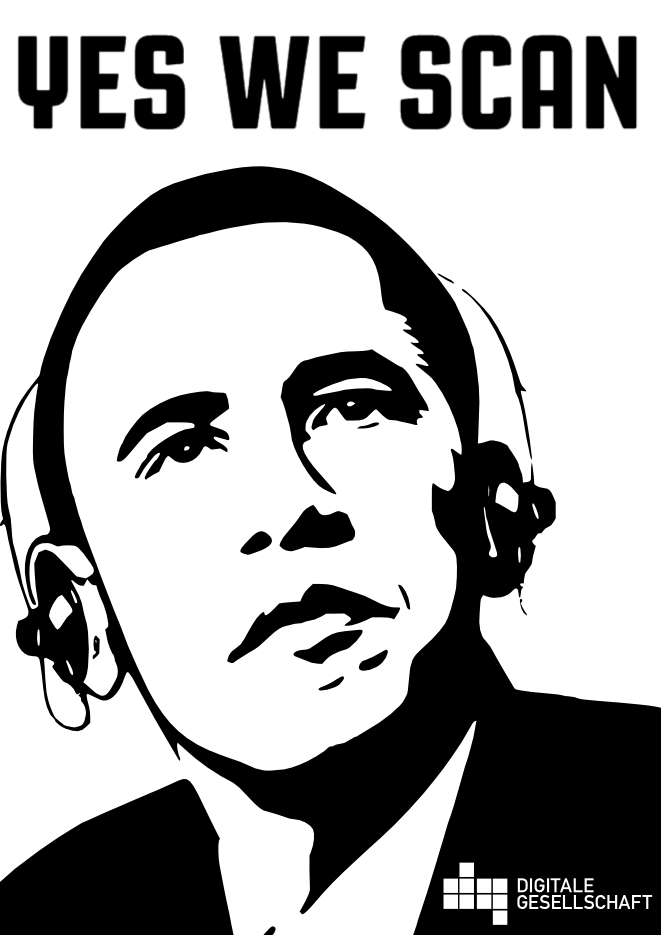 With two anti-internet surveillance demos (today and tomorrow) planned during Barack Obama’s visit over the next two days, people might start realising that the Pirate Party – with their platform stressing online freedom – isn’t totally full of shit.

The American PRISM programme and its intrusion into the “lives of others” around the word is on everyone’s minds and paranoia is back in the German public discourse, especially after Der Spiegel revealed Germany’s own plans to ramp up internet surveillance last week. It’s time for the Pirates to make hay while the sun shines.

One of the more mature, articulate Pirates – Anke Domscheidt-Berg, featured in our October 2013 issue – has spearheaded the anti-PRISM efforts with a petition on Change.org, where she writes: “To allow a proponent of global surveillance culture to speak at the Brandenburg Gate, which became a symbol for the demise of a police state in 1989, shows a lack of sensitivity.” She and the Pirates will be protesting at the Siegessäule during Obama’s speech a few hundred metres away at the Brandenburg Gate at 3pm on Wednesday.

The Pirates are desperately in need of a change in course. After their 2011 storming of the Berlin parliament, the orange-clad nerds surfed on a wave of hype, scoring seats in local and state elections across Germany. Yet by autumn 2012, the ship was sinking as fast as it had risen in a sea of tweeted “shitstorms” – brutal, infantile party infighting conducted in plain view on Twitter – and the stuff that occurs in back rooms in old school politics. They also appeared to have gotten bogged down in jargony, fluffy discussions about “liquid democracy”, the end of work, 3D printing and all that futurist Jeremy Rifkin stuff that the average citizen doesn’t really have time to worry about in his or her stressful daily life. To boot, the motley crew was embarrassingly male – despite a lot of “post-gender” waffle – and at least one of the young women who climbed her way to the bridge was pilloried for getting a large advance on a book and then publicly decrying online “piracy” of it.

A big mess, in short. With voter support down to a mere 3.5 percent (below the 5 percent they would require to enter German parliament in the autumn elections), everyone thought the Pirates were as irrelevant to German politics as Captain Hook.

The PRISM affair may just be the killer issue they need to orchestrate a comeback.

Here’s more info about the Pirate demo during Obama’s speech.