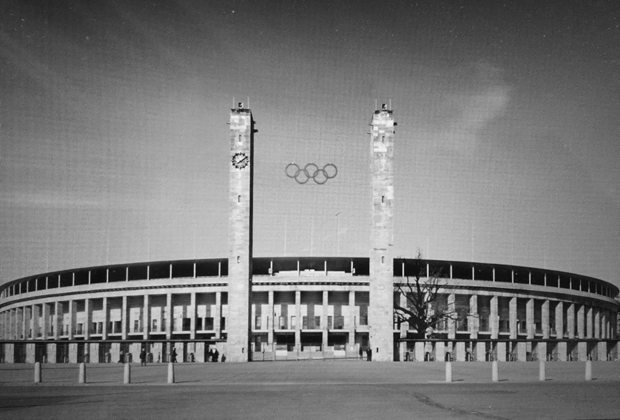 So: either Berlin or Hamburg could be Germany’s candidate for Olympia 2024. Submissions to be tendered by March 21 and if Berlin bests Hamburg at the German Olympic Sports Confederation (DOSB) as the city of choice, then – and only then – will there be a referendum in mid-September. Tempelhof lessons have been learnt and the powers-that-be want all Berliners “over the age of 18 with German citizenship” to be part of the decision-making-process. Yes, that again. Even though referendum results are not legally binding, Sport Senator Frank Henkel insists that they’ll be respected. No will be no. But if Berliners say yes, Berlin will submit its candidacy to the DOSB in autumn 2015. The DOSB can then decide if the city fulfils the criteria for a successful German bid.

Those are lots of ifs and buts. But if Berlin gets the green light, the pressure is on: six months for the city to max out advertising potential on the one hand – Wir wollen die Spiele et al – and half a year for the rest of us to start getting thoroughly agitated about yet another drain on the city’s finances. The referendum alone will cost over €3 million, Berlin’s potential candidacy campaign a further 50. Federal subsidies notwithstanding, Berlin will have to foot some of the bill and we do, of course, have one or two slightly over-budget building sites outstanding.

Money is one thing. But there are other considerations.

Take karma. Berlin has bad Olympic karma. It failed miserably, post-reunification, to attract the 2000 Olympics. But that’s the least of it. There’s another, rather large elephant in the room – 1936. The Nazi games. For which Berlin’s main Olympic site off Heerstraße in the West End was originally constructed. This is one of the sites that will be revamped if Berlin gets the games. Built by Werner March (who also built Göring’s hunting ‘lodge’ Carinhall), the stadium and many of the other facilities at West Berlin’s Olympiagelände were conceived as part of the vast construction project Welthauptstadt Germania – to embody the Aryan belief in racial supremacy and enable the sporting victories that would underscore the Third Reich’s rise. After WWII, much of the area and facilities were used by the British military – and only returned to the city of Berlin in 1994. As any poor soul who lives in the area now will know, the stadium is home to Hertha BSC.

As such, this architectural monolith is testament both to Germany’s troubled past and to ways in which Germany has dealt with it (not that this aspect of its legacy has ever done Hertha BSC much good). Swimming in the pool, or going to a game, you can’t escape – and shouldn’t – a sense of history. If, as the great WG Sebald wrote, the past exists “merely as memory”, our collective memory should be atmospherically jogged by sites such as those in and around the Olympic stadium. Fiddling with the site (Olympic villages, transport infrastructure et al) would compromise Berlin’s responsibility for taking its past seriously. In its current condition, history still hangs heavily im Olympiagelände. There aren’t many places you can say that about in Berlin West.

So let Hamburg have the games. Paragliding off the Elbphilharmonie? Why not. But leave this site well alone.