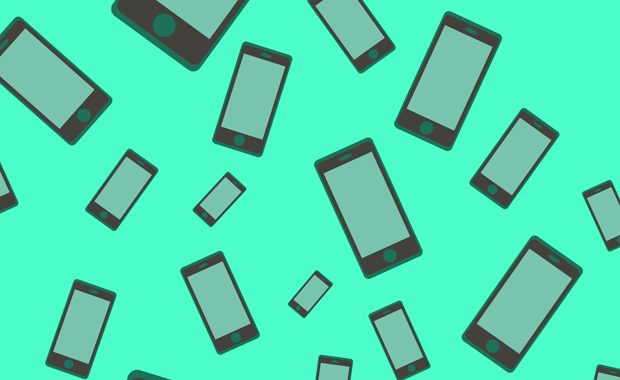 On Saturday I took my Tinder date to a barbecue. She was really hot, although she had a way of looking at me like she was trying to eat the thoughts from my brain, which was kind of a turn-on, but also scared me shitless. I found myself looking away quite a lot, and when I looked away I forgot she was there and got my phone out so I wouldn’t be bored. When she reminded me she was, I apologised and told her it was okay, I’m not addicted to it, I just had an article to write about the subject – that’s this one – and she was cool with that. I showed her the app called Menthal I was using to measure my phone use. It was invented by some boffins at the University of Bonn. I said, “I guess Menthal is like menthol cigarettes, you know, like, for quitting smoking.”

“Mental,” she said, and grinned at me.

I’m not even sure you can be addicted to a phone. I mean, it’s not heroin. I refreshed my email. Nothing. I sighed.

The pictures I Instagrammed of the barbecue looked really professional. I couldn’t get close to the food, though. The wi-fi signal cut off over there and I needed to stay in range for Menthal, and because I was waiting to hear about a job I’d applied for. I got my Tinderette to bring me plates of pork while I hovered midway up the garden, running my thumb over the surface of my thing. But then she’d go off and talk to people who were out of range, leaving me all alone. I texted her a few times to ask her to come back, but she might have had her phone turned off. That was okay. It gave me a bit of time to breathe and Tweet my feelings.

A guy stood with me in the wi-fi arc for a while. He had round-lens sunglasses, long socks and a waxed moustache.

“I see you have a phone,” he said. I thought he might be a bit simple. Turns out he should probably be writing this article rather than me.

“Well blow me down, I did not,” I replied. I wiggled my phone at him. “I’ve also been penetrated.”

That was an ‘icebreaker’, but his ice stayed intact and he looked away. I unlocked my phone.  No new notifications.

Then he said, “According to a survey by B2X Care Solutions, a German company, Deutschland ranks in the top five of most ‘smartphone addicted’ countries, along with India, the US, China and Brazil, with around half of users saying they may have a problem.”

What are you? A fucking blog? I thought. Instead I said, “I’m not even sure you can be addicted to a phone. I mean, it’s not heroin.” I refreshed my email. Nothing. I sighed. He was talking again, or maybe he hadn’t stopped.

“It’s also been claimed that people who are constantly checking their phones may be depressed; that they may be looking to dispel some kind of negative mood by finding something positive in their phone; that this mind-wander may be a cause or an effect of their addiction, or both; that these people may be prone to irritability.”

“Fuck off,” I said. “I doubt depression has anything to do with it. I’m the happiest I’ve ever been in my life, and I check my phone for confirmation of that. When I find nothing there I don’t get down about it. I move on.”

“A site called Tech Addiction suggests that one in 10 smartphone users are so distracted they admit to using their phones in the shower or even while having sex.”

I laughed. “I have never used my phone in the shower.”

I was becoming extremely tired of this man, but as he turned to leave I felt a weird need to ingratiate myself with him. “If you’re implying I have some kind of problem, it’s okay – I have an app that measures my phone use. I think it would tell me if there was something wrong. Here…” I opened the app and handed him my phone. I felt a shadow pass over me, but when I looked up there wasn’t a cloud in the sky.

My phone vibrated in his hand. He didn’t give it back to me, just kept scrolling through the screens. “It’s green,” he said. “Nice colour.”

I started to sweat. I cleared my throat a few times. He didn’t notice. It was like he was on that thing for years.

“Whoa,” he said, “you unlocked your phone over four hundred times today!” I had to snatch it out of his hand and run to the toilet, where I learned the vibration was a spam mail, something about the Amish.

Back outside I was alone again, which was okay, except it wasn’t because each time I checked my phone there was no message and it started to dawn on me that I hadn’t got the job. Not only that, but no one had liked any of my photos. Luckily, I was standing right next to a plate of chopped onions so when my Tinderette came to check on me I blamed my tears on them.

All’s well that ends well, though. She still came home with me, despite the mini-breakdown and us not really getting to know each other. I guess either she thought it would be cool to sleep with someone writing a real article, or she must genuinely have liked me. Time would tell. Although it wouldn’t, because of what happened in the bedroom.

I don’t know exactly what happened. I was nuzzling her neck, my arms around her back, flicking through Tinder to set up a date for Sunday, and she kind of bucked, rolled, then flipped me; I dropped my phone and landed on it. She couldn’t pull it out of my rectum herself, and the waiting time was so long I didn’t get out of the hospital until Sunday morning.

I just about went mad sitting there with my phone inside me and nothing to do. And when I got it back there were still zero notifications and I thought about shoving it right back in.

The next day I was dead tired. I stayed home, cleaned my phone and played around on it until I went to bed. I made sure to keep at least one finger on the screen at all times, so it wouldn’t lock even once. That way, my Menthal results for the day would be those of someone who was busy and popular, not some kind of sad, twitching maniac.