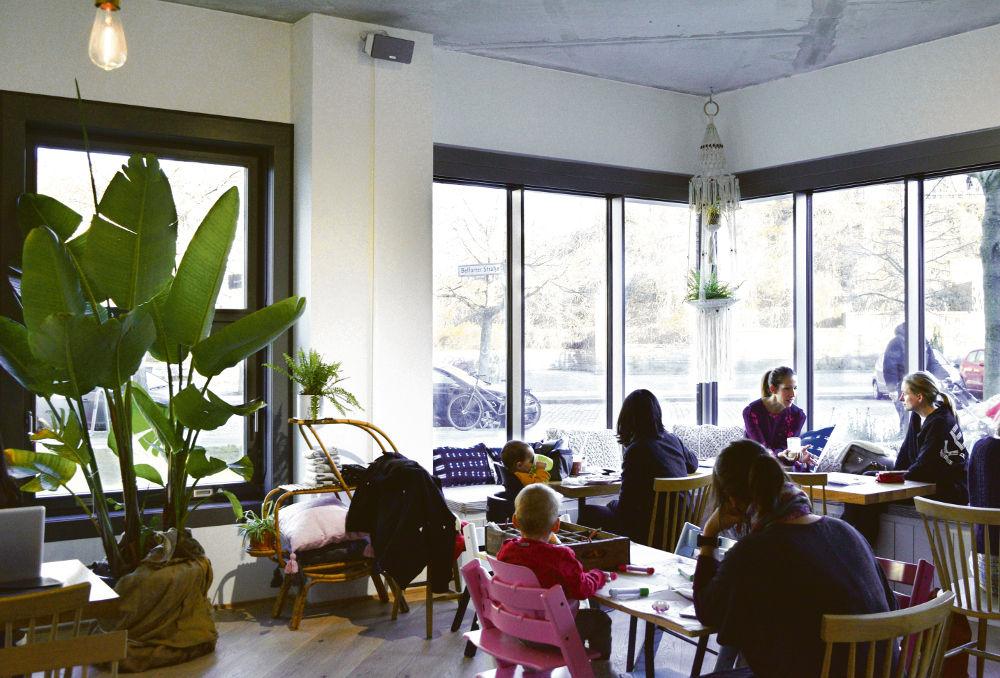 If a Canadian-born New-Yorker hadn’t opened Wunderhaus in November 2017, Prenzlauer Berg might just have birthed it by itself. “I wanted to create the kind of space I and like-minded parents were looking for, something clean and stylish,” says Shirley Erskine-Schreyer, who moved here in 2012 and is raising a four-year-old in the neighbourhood. With its pastel walls, tasteful minimal design, vegan sandwiches and expansive play area, the space near the Wasserturm resembles one of the neighbourhood’s myriad kid-friendly cafés, with a difference: this is a private members’ club for local yummy mummies and the occasional dad willing to pay a sizable €69-€149/ month (or a one-off €20) for their offspring to be educated and entertained while they enjoy much-needed down time, or catch a yoga class. Beloved Kinder whisked away to the play space, mum-trepreneurs are free to settle down with their MacBooks to catch up on impending deadlines, whilst stay-at-home Mütter can relax with a manicure, meet like-minded individuals in bodysculpting barre classes, or try a quinoa-black bean wrap from the café (€6.90, not included in membership price). There are even yoga classes for three-to six-year-olds, and ‘Tiny Tchaikovsky” sessions for babies (6-24 months) to fulfil your dreams of nurturing a cultured, spiritual wunderkind. Despite conforming to an amusing Berlin stereotype, this bourgeois bohemian haven appears to have filled a niche market: with about 120 members it’s already running close to capacity, and Erskine-Schreyer is planning to expand into City West to spread the love. The question is, will it be as successful outside of the P-Berg bubble?