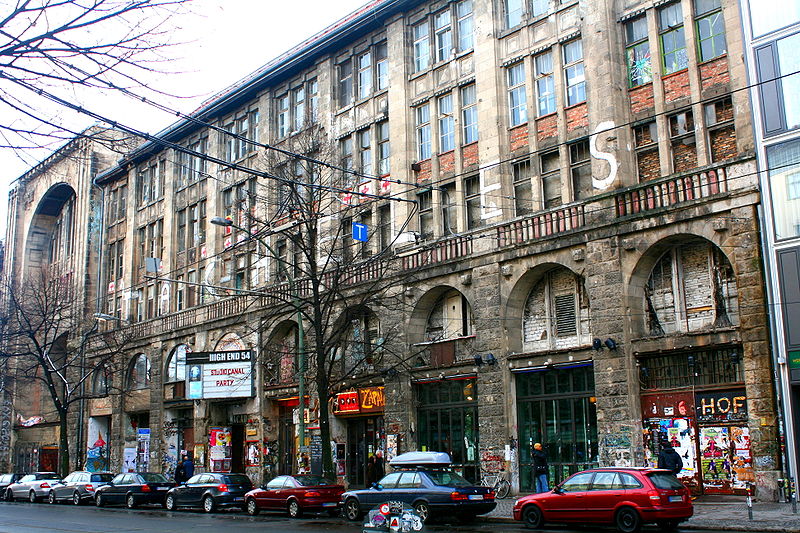 Is it the end of Berlin as we know it? Or a chance to save one of the city’s last subcultural landmarks? Exclusive private club Soho House is making a bid to buy up the Tacheles building and turn it into a viable commercial enterprise – though they insist they want to maintain its idiosyncratic place in Berlin’s artistic landscape.

“Tacheles has been one of Berlin’s most unique and important cultural spaces for the past 20 years, and it’s kind of a scandal how the city authorities have abandoned it,” Soho House spokesman Felix Spencer told Exberliner. “That’s why we have stepped in. We want to rescue it. It’s really important to us that we keep the special spirit of Tacheles alive.”

Even though some would say they represent opposite ends of Berlin’s cultural spectrum, Soho House and Tacheles do have some common history – they were both originally Jewish-owned department stores.

The idea behind the Soho-Tacheles concept is simple: keep the building almost exactly the same as it was – a labyrinth of artist’s studios, crumbling masonry, and poorly-lit bars with DJs playing music – but to charge entrance fees.

“Obviously we want to make it a going concern, so we’ll have to charge something. We were thinking a €20 day-pass would be fair,” said Spencer.

Because the proud but broken living squat-cum-art-centre has always been one of the first stops for young tourists, the new Soho-Tacheles complex will aim to give visitors what Spencer calls “an all-round authentic Berlin experience.” They want to put it on the international map in a way that anyone can re-live the lawless, creative spontaneity of post-Wende Berlin.

“Obviously, Soho House caters to a more specific market. But this will cater to everyone,” he said. “We’re still finalizing the details of our bid, but we think Berliners will be happy with the result – if our bid goes through. We definitely want it to include all the things that make Berlin truly Berlin. All night parties, Club Mate, Berlin beer.”

Gastronomic features of the revamped Tacheles will include a döner Imbiss, Currywurst and a pop-up booth serving local treat Schmaltzbrot – an animal fat spread on bread. “We’re proud to give grass roots Berlin culinary delicacies the attention they deserve. Prices might be slightly higher than elsewhere, but here you’re getting the complete experience.”

The Soho House management is currently in negotiations to bring back some of the original artists back to the studios they were so recently thrown out of. “No-one wants to go to Berlin’s most famous art-squat and not see any artists! It’s like going to an empty zoo,” said Spencer.

Rental prices for the new refurbished studios are bound to be higher than in the old days. Asked whether they didn’t fear this would deter artists from returning, Spencer said they were planning an artist-sponsor scheme. “It is a very simple, but, we believe, ingenious idea: The Adopt an Artist (AAA) programme enables investors – perhaps Soho House members – to ‘adopt’ their own Tacheles artist. They contribute to their upkeep, and in return, the artists are commissioned by the sponsors to create new works, so they can own a piece of genuine Tacheles creativity.” Artists interested in the programme can already send their applications to [email protected]

Reaction to the Soho House concept has been pretty mixed. “It’s the worst fucking idea I’ve ever heard. That Soho House is everything that’s wrong with Berlin,” said former Tacheles artist Johann Schimmelrand. “I’m definitely not going back there. Who knows what the others will do though. Some of them took the cash from Nordbank. Anyway I don’t think it will be success.”

On Sunday rumours were already circulating that demonstrators would convene for an anti-Soho sit-in.

Others are more upbeat about the plan. “It’s a brilliant idea,” said Norwegian tourist Torsten Sölvik. “Especially if you’re only coming to Berlin for a weekend. It means you don’t have to traipse around the whole time. Who really wants to go to Friedrichshain? The rest of the city has all pretty much sold out already anyway.”