Christopher Förster has seen wonders. Through his telescope, the 34-year-old native Berliner has witnessed and photographed things many people may never encounter: two transits of Venus, the Orion and Rosette nebulas, and many a solar eclipse.

Yet his passion for astronomy has given him just as many insights into life on Earth as galaxies far away. “When you get into astronomy, it gives you another view of the world, and of things in general, because suddenly everything seems smaller,” Förster says. “We are so focused on ourselves and our own little daily routine. Astronomy is a way to step out of that, to understand a lot more about yourself and about others.”

These days, looking into the starry night is also his livelihood. Since 2009, Förster has owned Space Instruments, Berlin’s only long- range optics store. Originally founded for some extra cash to help fund his way through his engineering and geography studies at university, Förster’s store is now a treasure trove for amateur stargazers, full to the brim with equipment ranging from smartphone adapters to enormous, top-of-the-range telescopes for your private at-home observatory.

His shop is flourishing: the pandemic has attracted many would-be astronomers to the hobby, so much so that he is now running out of storage space and looking to expand. His clientele range in age from eight to 80 – from total beginners to advanced astronomers.

His shop is the only dedicated long range optics shop in all of eastern Germany and so customers come from far and wide. 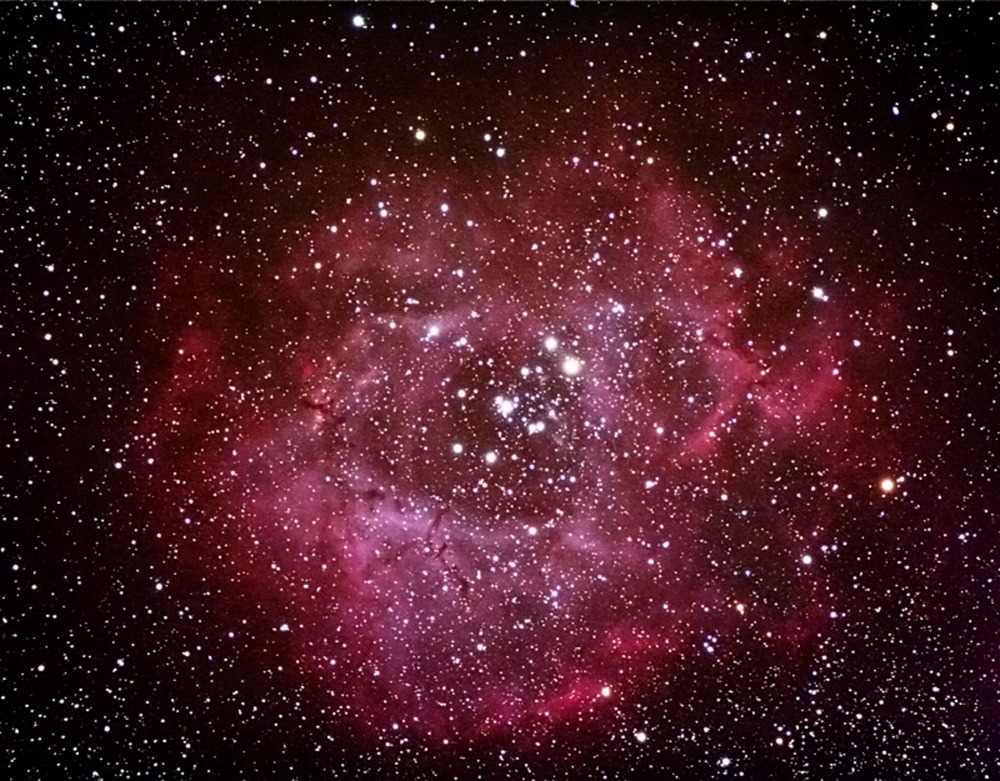 Many order online, but for Förster, an important reason to open the store was the chance to build a community of amateur astronomers – one that now meets regularly for stargazing trips around Berlin and Brandenburg, and for a monthly astronomy Stammtisch to share stories and seek advice. “We wanted to build a place where people could come and connect, where they can also ask questions about how it works, about how to use the technology to observe and just generally get a feeling for astronomy. You can’t get that when you buy online,” Förster says.

Berlin and its surroundings are exceptionally good for stargazing. Förster tells me this is due to dramatically lower levels of light pollution once you venture past the city’s limits. The week of our interview, he was due to organise Space Instruments’ monthly stargazing trip to coincide with the new moon. They were headed to Wildpark Johannismühle, about 70km south of Berlin, but unfortunate- ly, overcast November skies forced him to cancel. Another good spot is the Sternenpark Westhavelland, designated in 2014 by the International Dark-Sky Association (IDA) as the first “star park” in Germany. The IDA, an international authority combating light pollution, designates areas with “an exceptional or distinguished quality of starry nights” for would-be stargazers.

Those looking to see the night sky in full splendour need not go too far – it is also possible from the comfort of your own home. For around €200, a decent quality beginner telescope will allow you to see the craters on the moon, the Rings of Saturn and the moons of Jupiter dancing as tiny dots around the planet’s disk. You might even see the bright- est deep sky objects, like the Orion Nebula or Andromeda Galaxy. “But within the city the light pollution is too strong to see the fainter outer details,” he says. “That will become pos- sible if you go outside the city in a dark sky region, like the Sternenpark Westhavelland. Generally the larger the telescope aperture, the more detail you can see.”

Before you hit the shops, Förster advises beginners to think about how they want to use the equipment and not to go too big too quickly. “Take it step by step, that’s really, really important. And when you are looking to get a telescope, then just think about what you want to do with it. There’s always the right telescope for the right purpose.” As for when to time your trip, the new moon is always best. These days there are plenty of apps to help you orientate yourself in the sky, including Google Sky Map or Sky Eye, while books like the German language Kosmos Himmelsjahr tell you not only about upcoming astronomical events, but also what planets will be visible at what time.

Asked how he keeps his passion for astron- omy alive when it is now such a big part of his daily routine, Förster quotes Carl Sagan, who once described astronomy as a “humbling and character-building experience”. His own most profound experience with a telescope came in 2004, the first time he saw the Transit of Venus, when the planet Venus passes directly between the sun and the Earth, manifesting as a small black dot trailing over the sun. He was lucky enough to see a second one in 2012, but it is one of the rarest astronomical phenomena there is – occurring twice in quick succession, then not for a century or more. Likely no one alive now will live to see the next transit, scheduled for December 2117.