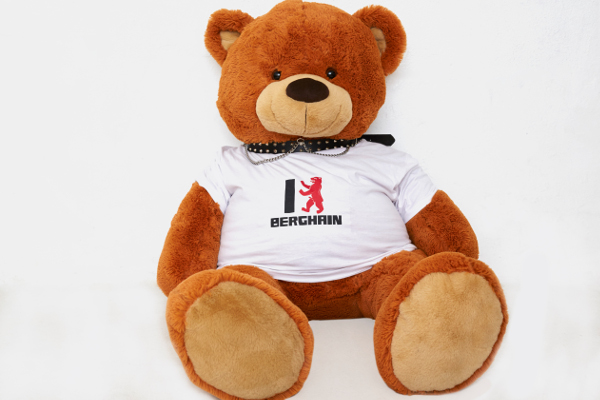 Back in November, a mysterious “Berghain Shop” appeared on the internet, claiming to sell snowglobes, key rings and t-shirts from Berlin’s most infamous club and featuring videos of legendary photographer-turned-bouncer Sven Marquardt – or, at least, someone in an eerily accurate Sven mask – zooming around the city on a Segway. An IRL Berghain souvenir store would soon materialise right next to the Brandenburg Gate, the site claimed.

Of course, nobody who knew anything about Berghain took this seriously. It seemed like yet another step in the club’s meme-ification, which as far as we can tell started with Claire Danes and continued with a card game, a festival installation, an online trainer – not to mention this writer’s own contribution, a music video about the life, imagined death and resurrection of a familiar-looking doorman.

All came and went without so much as a blink from Sven or secretive Berghain founders Michael Teufele and Norbert Thormann. Which made sense: reacting to the parodies would destroy that impenetrable veneer that made their club so fascinating in the first place, right? So it came as a shock when the “Berghain Shop” and accompanying videos abruptly vanished – the result of a legal injunction from Berghain itself.

Over half a year later, the fake shop’s creator David Kurt Karl Roth (also of the Dandy Diary fashion blog and now-shuttered vegan fast food restaurant Dandy Diner) is trying again, displaying a selection of Berghain souvenirs handmade by his friends and mother at a Mitte gallery. We asked him about the club’s legal machine and what to expect at the – obviously satirical – exhibition. 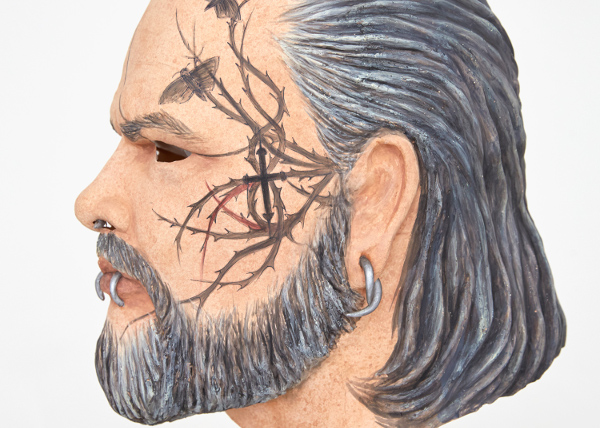 What inspired you to make the “Berghain Shop” in the first place?

I was interested in Berghain as an icon alongside the other icons in Berlin. When you look at the [Instagram] hashtags #Berghain and #Berlin, you see girls standing in front of the Brandenburg Gate and then outside Berghain. It was interesting for me to see the similarities between the underground culture of Berghain and this mainstream culture of the “I heart Berlin” souvenir store. If you look at the outlines of the Brandenburg Gate and Berghain, they’re actually very similar – so we created a logo that fuses the two, to show them on the same level. A souvenir store next to the Brandenburg Gate agreed to work with me – my idea was to place the Berghain stuff in the middle of all the other tourist stuff.

Were you worried about the potential legal consequences at the time?

At the time, I thought it was okay: anyone who knows Berghain would pretty quickly realise it wasn’t genuine. And you couldn’t actually buy anything on the site – when you clicked on something, it’d say, “Sorry, we’re sold out.” But now of course I can totally understand what their problem was: making it look like their company is selling stuff in a cheap, touristy context.

How did Berghain’s lawyers get in touch with you?

They didn’t actually know who was running the project, so they just called the shop where the exhibition should have taken place and put heavy pressure on them, threatening to sue. Then I got a phone call from the lawyer where he was accusing me of selling this stuff, and I had to explain that I wasn’t, that that was never the goal, and we had a funny discussion about whether or not it’s okay to make it look like you have an online shop. In the end, they made me sign an einstweiligen Verfügung [legal injunction] saying that I would put an end to it.

How much did the whole thing cost you?

About €3000. Just taking the website down wasn’t enough. You need to pay for the einstweiligen Verfügung and for part of their legal fees. It’s funny, I was once in trouble with H&M, and Berghain has the same style of suing people as them, the same aggressive lawyers. That’s why now I’m trying to place the shop in a gallery, to make it more visible that it’s satire. And this time, I’ll bring it through to the end.

So what can we expect this time around?

There’ll be the products displayed like they’re in a tourist store, then we’re going to have four TVs where you can see the four Sven videos, and then there’ll be a “living statue”: Sven Marquadt sprayed silver on a magic chair so it looks like he’s flying. You can give Sven a euro and then you can take a selfie with him.

And the products in question?

I have a lot of them: 50 t-shirts, five silicone Sven masks, snow globes, a set of “10 Berghain Commandments”… My mum is an artist and she did a drawing of Sven as the boatman on the River Styx. She also made a Rummelsnuff action figure; he used to be the bouncer there. Rummelsnuff actually called me and wanted to have the action figure, so I’ll give it to him when I’m done with the project. Otherwise, nothing’s for sale.