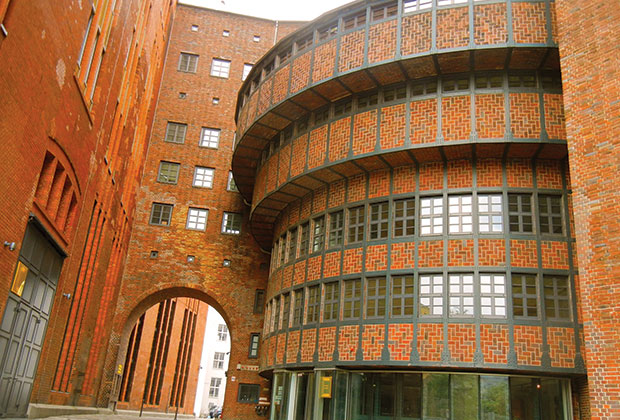 As divided cities, East and West Berlin were like spoiled kids, showered with cash and polished as showplaces for their respective ideologies. Once hitched in 1990, the money dried up and reality hit hard. It was time for deadbeat Berlin to find its own grown-up industry.

Meanwhile, Berlin’s formerly maligned slackers and geeks have turned the city into Germany’s capital of high tech start-up companies. And these young companies aren’t incubating in glass office buildings along the Spree, but in century-old flats and warehouses in Mitte, Prenzlauer Berg and Kreuzkölln.

Yes, many high-tech entrepreneurs are literally working out of their bedrooms, but even established internet players are staying away from Berlin’s official business districts in droves. One such player, the scream-inducing clothing portal Zalando, is encamped in the heart of Prenzlauer Berg. Its home, a hulking brick fortress known as the Humboldt Umspannwerk, is just one of many industrial buildings by unsung architectural genius Hans-Heinrich Müller to be given new life by cutting-edge companies.

Back in the 1920s, while Berlin’s Expressionist artists were pushing the boundaries of paint, architect Müller (1879-1951) was doing equally daring things with bricks. As in-house designer for Berlin’s electric company Bewag, he built over 40 transformer buildings around the city in an astonishing six years, 1924 to 1930. Instead of lowly industrial boxes, Müller created quirky temples to technology in his unique Cubist-Bauhaus-Gothic style.

Umspannwerk Wilhelmsruh (1927) Müller’s next transformer/monastery in Pankow is his most exuberant work. Again, the machine halls surround an oval control tower, but everything’s wrapped in tall stepped-brick arches giving it an Oz-like Art Deco feel. In 2008 it was modernised as the home of Vattenfall’s in-house IT experts.

Metahaus (1929) In genteel Charlottenburg, Müller packed his machine halls and workshops into a tight brick block with punched windows, but his block has wide, curved corners and a flaring stepped-brick cornice. Inside, the ex-circuit breaker halls now contain the brainstorming minds of MetaDesign, Europe’s third largest corporate branding agency.

Sci-fi icon Arthur C. Clarke wrote, “Any sufficiently advanced technology is indistinguishable from magic.” Hans-Heinrich Müller would have agreed. His buildings celebrated his faith in technology with a sense of wonder and joy. He’d smile to see his cathedrals of electricity alive with the glow of digital devices, still generating Berlin’s future.