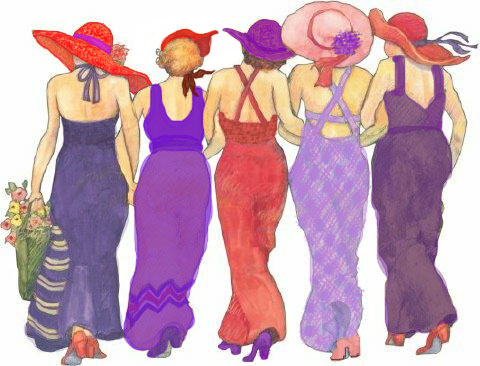 Poland is closer than ever to passing a near-complete ban on abortion – which gives extra urgency to the mission of Berlin-based volunteer organisation Ciocia Basia, which helps Polish women break their home country’s already-restrictive abortion laws. Read this excerpt from our September Polish issue before showing your solidarity at Monday’s “Black Monday” protests, part of an international demonstration against the ban (October 3, 1pm, Warschauer Straße station).

Abortions might have been illegal in Poland for the past 23 years, but that hasn’t stopped women from getting them. In 1993, under pressure from the Catholic Church, the government banned abortion (which had been legal under communism) except in cases of rape, birth defects or risk to the mother’s life. Yet each year an estimated 50,000 Polish women undergo the procedure, whether via underground doctors (who use outdated and sometimes risky methods), pills procured online (which can be fake, or arrive too late to work) or clinics on the German or Slovakian border (which are often expensive and privately run).

Here in Berlin, two-year-old organisation Ciocia Basia offers women something those other options don’t: a reliable, affordable procedure and a sympathetic ear. The clue is in the name, “Aunt Basia”. “An aunt is someone you can trust, but who’s not your mother – and ‘Basia’ is a typical name for a Polish woman in her forties,” explains representative Natalia Kolodziejska, a twenty-something from Warsaw who works at vegan grocery Dr. Pogo.

As one of Ciocia Basia’s 10 Polish and German volunteers, she takes turns manning the group’s phone and email hotline, through which around two or three women per month request to come to Berlin for abortions. She helps see them through the bureaucratic process, involving a mandatory counselling appointment and a three-day waiting period during which they either return to Poland or are hosted in Berlin by a Ciocia Basia member. If someone can’t foot the €390 bill for the surgery (€290 for the pill), the organisation helps cover costs thanks to funding from private donors and benefit parties.

Started by Berlin author and documentarist Sarah Diehl and Polish musician Martyna Hormanska, Ciocia Basia has attracted media attention with controversial stunts like flying a drone loaded with abortion pills over the German-Polish border last year. But the group is still seeking reinforcements (get in touch if you’re fluent in Polish and German!) and currently busy lobbying against a new law proposal supported by the Polish government, by which abortion would become completely illegal unless the mother’s life is in danger.