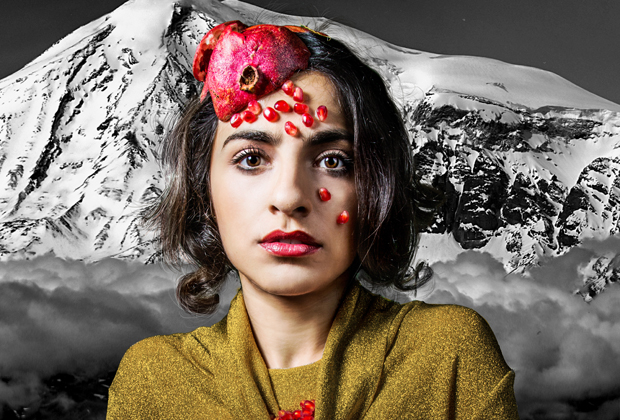 In the shadow of the Holocaust, the 1915 mass murder of 1.5 million Armenians in the Ottoman Empire (now Turkey) has barely been remarked upon in Germany – while 22 countries, including France and Russia, have formally recognised the killings as a genocide, the German government has yet to officially use the word. This Easter Saturday, as part of a series of events commemorating the genocide’s 100th anniversary, the Gorki Theater examines the country’s role in the atrocities with the debate ”German Responsibility,” featuring historian and taz co-founder Jürgen Gottschlich.

Gottschlich, who now works as a foreign correspondent in Istanbul, proposes in his new book Complicity in Genocide (Beihilfe zum Völkermord: Deutschlands Rolle der bei der Vernichtung Armenier Gebundene Ausgabe), that Germany not only knew about the killings but supported them, with the rationale that a Turkey without the Armenians would be a stronger ally. Neither Germany nor Turkey ever officially admitted their guilt, and Gottschlich stresses the need for Germany to apologise for the genocide and teach it in schools.

Obviously, we know about Germany’s responsibility for one genocide: the Holocaust. But you’re arguing the Germans were complicit in the Armenian genocide as well…

Well, 100 years ago, in 1915, the Armenian minority in the Ottoman Empire (present-day Turkey) was nearly exterminated through deportation, expulsion and mass murder in the Syrian desert. More than one million people were murdered. Germany was at the time closely connected with the Ottoman Empire and German officers were in the Ottoman army, partially even in the general staff. These German officers who were involved in the leadership of the Ottoman army were also directly involved in the implementation of the deportation of the Armenians.  The thesis of my book is that the German officers not only allowed it passively, but were in fact also actively involved.

There were a few German officers who participated directly in the front and personally committed the murders, but that only plays a very subordinate role. What’s important is that the people who made the decisions considered the Armenians to be collaborating with the Russian enemy and therefore believed they had to be removed.

On August 9, 1915, in Constantinople, the German ambassador filed a protest with the Turkish government against “these acts of horror” – doesn’t that count as recognition of the genocide?

No. There were a total of two protest notes against the Turkish leadership in 1915. But these were protests – even the people filing them didn’t believe they would make a difference. They were issued with the mere purpose of safeguarding Germany against any later accusations if they lost the war against the Allies. That way, they’d be able to say, “We tried to protest.” It was a protest for the record, so to speak.

Has the German government never repudiated the atrocities since?

The Bundestag issued a statement in 2005 saying, “It is shameful that Germany did not do anything and that the German Empire played such an inglorious role at that time.” But what does that mean exactly? Did the Germans have complicity or not? The Bundestag has been silent, just as they were and are not prepared to say that what happened back then was genocide.

Why do you think that is?

Just like 100 years ago, Germany doesn’t want any big conflict with the Turkish government. The Turkish government still, to this day, denies having committed systematic genocide and threatens any other state that calls it “genocide” with the severance of diplomatic relations, etc. Secondly, no government wants to admit to having previously committed genocide. If they are not forced to, it won’t happen. Nobody has been able to force the federal government in Germany to do so either. There is no sufficient political pressure.

Because that genocide has since been overshadowed by the Holocaust?

No doubt. The psychological background is, of course, that the German government and people already have had a lot to apologise for with the Holocaust, and yet another official recognition of national genocide during WWI is simply too much historical guilt to bear.

What should the German government do?

The responsibility of the federal German government is to support those in Turkey who are willing to openly deal with the history of the genocide. And there are more and more of them in civil society and at universities. But to do that, Germany has to risk a conflict with the Turkish government. Nothing suggests this will happen. Right now there’s a dispute as to who will represent Germany at the main memorial service in Armenia on the 100th anniversary of the genocide on April 24 of this year. Germany’s reticence on this issue will be underscored by the absence of high-level politicians. It’s s possible that only the German ambassador will attend the service, whereas the president himself, Francois Hollande, will represent France.

Where do we go from here?

I hope that things will change. There are now several books about it but also a series of events, also on April 24, when there’s a corresponding debate in the Bundestag. I think public awareness will help put more focus on the matter. This will not lead to a change directly, but hopefully it will in the near future.